'He was loved by so many:' Wake County dad on mission to share story of son who took his life 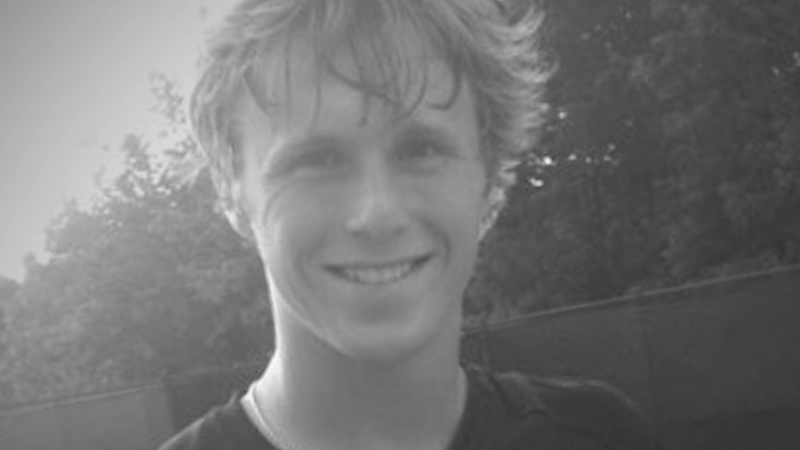 APEX, N.C. (WTVD) -- Apex High School is in the midst of its first year after renovations that included brand new tennis courts right outside of the school.

"To be able to have this here, now the kids can come and support the team," Dana Smith said. "It's part of the school, and the school now has been rebuilt, and it's just really first class."

Apex tennis means a lot to the Smith family. It's a community their son Gibson was a part of for four years.

"Coach Ryan ... you could tell they had this immediate bond, and it was, it was special, and you know, Gibson did work hard," Smith said, referring to former Apex tennis coach Ryan Phelps. 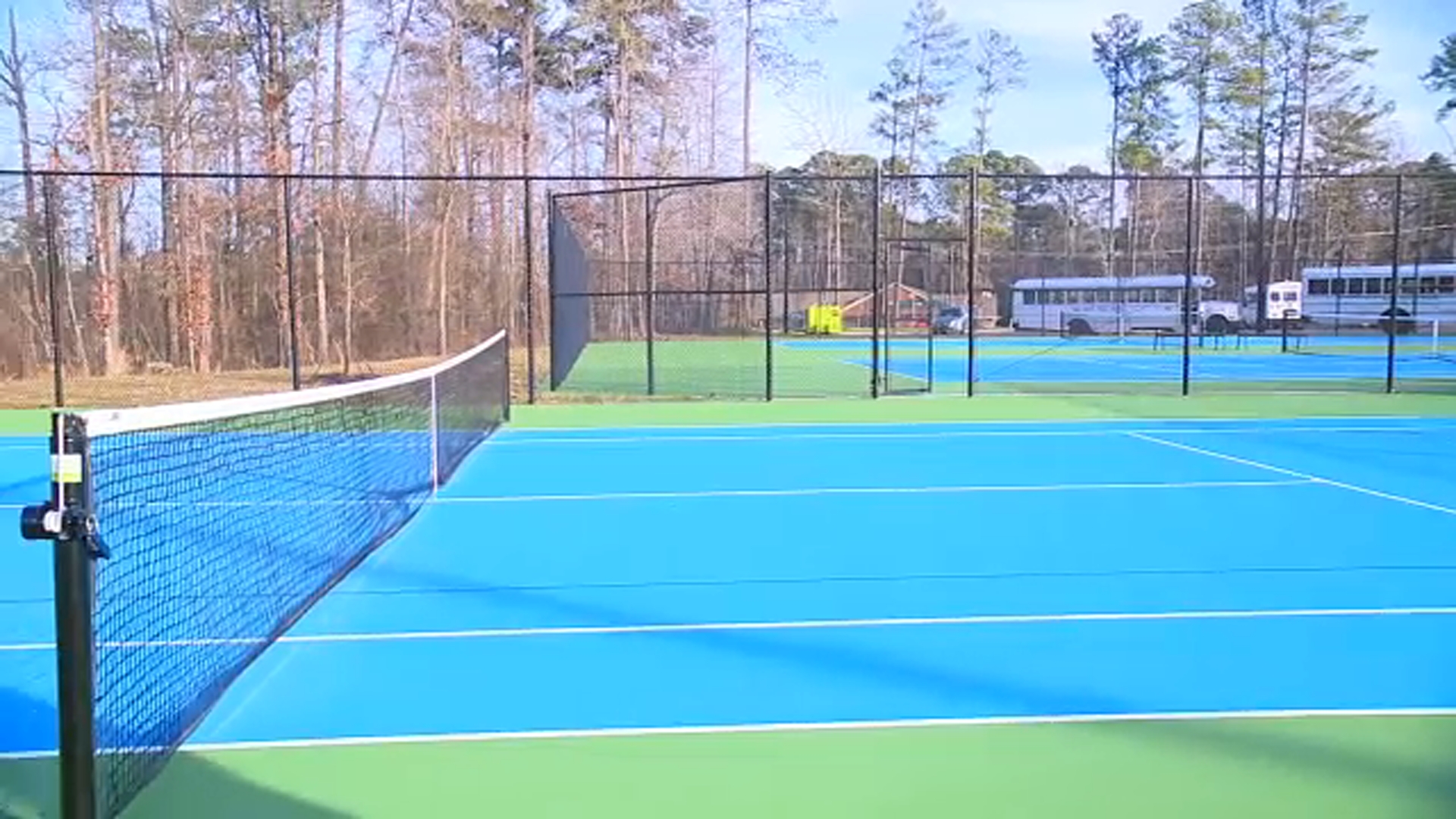 Since his freshman year, Gibson was a member of the varsity tennis team. He was described as a great teammate.

"You have no idea that they're going to come in and tell you that your son is dead," Smith said. "It was awful."

"I remember exactly where we are sitting in our kitchen and my poor wife just went (into shock)," Dana Smith said. "And I was just drilling into all the questions about why, where and all that. It's just hard ... they leave, they say here is the card and they say, 'call us tomorrow -- we'll help you coordinate what to do.'"

His wife, Kelley Smith, recalled not just the initial shock but coping with the ongoing, awful reality in the days and months ahead.

"When we got the, the knock on the door we were, I was very much in shock," Kelley Smith said. "I was probably in shock for I mean almost, I would say a whole year is extreme, but I was in shock for a good while where I just couldn't even believe that that would be."

It took a lot out of the family, Kelley Smith said. She had a message for other families who may be in a similar situation.

Kelley Smith talks about signs a person may be contemplating suicide.

"You just have to remember that everyone is battling something," Kelley Smith said. "People might seem like they have it all together, but deep down, people can have things that actually bother them that they don't share, they don't express."

Gibson's suicide came as a shock to a lot of people. He had recently graduated from N.C. State University where he was a member of the Phi Delta Theta Fraternity. After graduation, he landed a fulltime job with Cisco. 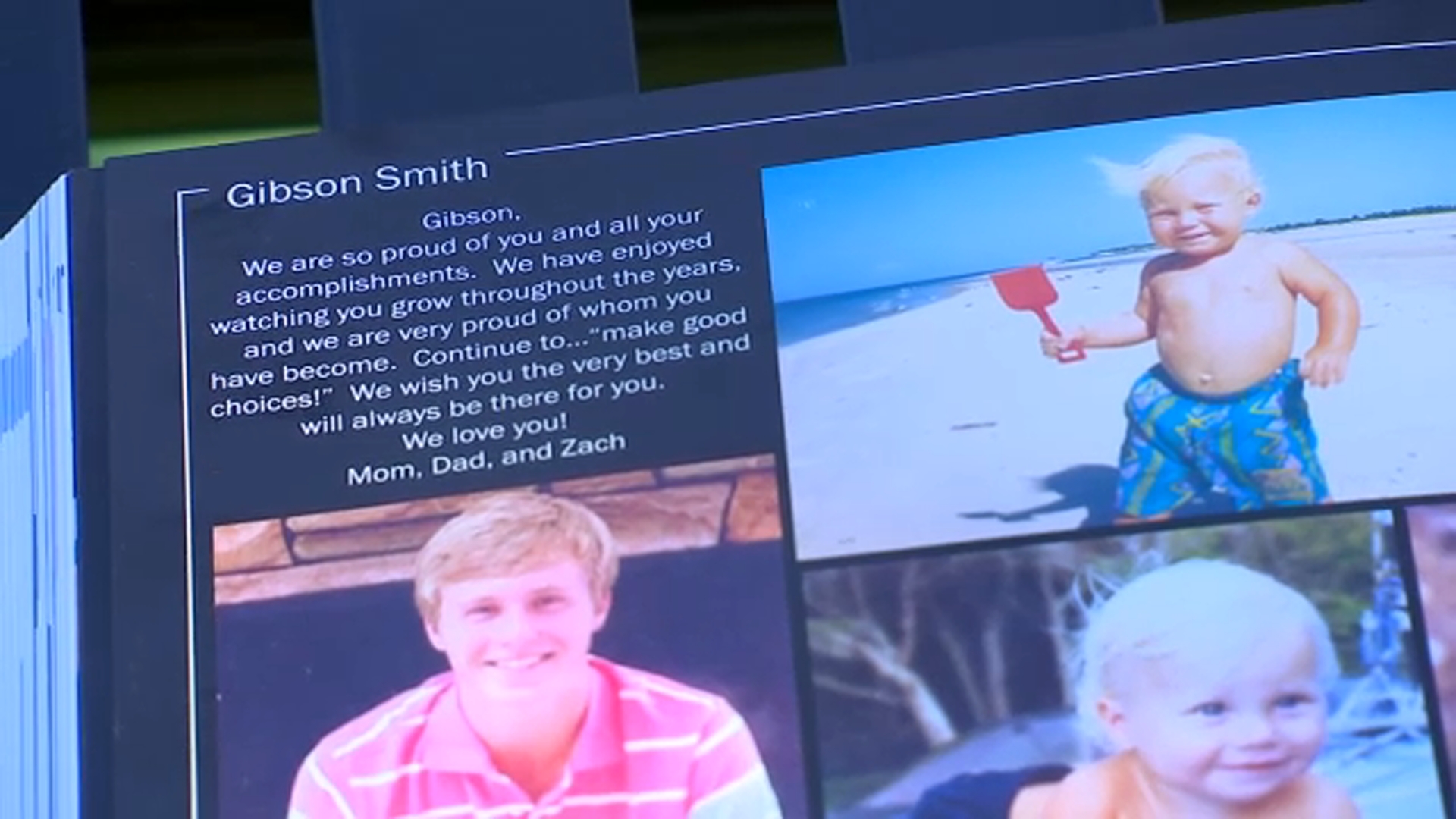 "He was showing all the right paths and everything," Kelley Smith said. "He seemed to be doing well. He was doing well socially. So he didn't show any signs to us that he had any severe anxiety, depression. I know some people have, have children or loved ones that have signs of that. Whether it can be even that they, they, they tell them, or you know, I know there's different things from cutting, the different things that kids show, but he wasn't showing us those signs."

"We went skiing together, which was unbelievable," Dana Smith said. "I took them out to Utah, we actually went helicopter skiing. And when they drop you off that first time, and you put your skis on, and you look at each other and you go oh my goodness, we got to go down now. ... Man, he came right down and just crushed it, and we got to the bottom of that first run and we looked at each other just like, Wow, did we just do that?

"Seeing his face when we came down that first run and the pure laughter and joy and appreciation that he had for being in that space," Dana Smith added, "it was one of those experiences that I'll never forget. That, that's kind of my safe place when I get thinking sometimes and get a little down that's where I go and that's some therapy treatments have taught you. You need to find a place that you can go to your safe place -- and that's mine. "

Dana Smith said their faith helped pull the family, which includes another son, through the unspeakable agony.

Dana Smith says leaning on faith kept the family together through tragedy.

"That night, when the police were there, and we got the Bible out and we started just praying and leaning because, like, my wife said, you know we all have battles, we all have struggles and when you go through trials, you know you've got to lean into something," he said. "You'd got to have faith in something ... my brother gave me a Bible in 2011 and it sat by my bed until really 2014.

"It really saved me, you know, leaning into the word and leading into God," Smith recalled. "This was the thing that really helped me. And of course, my wife and me, we were able to come together as one."

Although Gibson will never get to play on the new tennis courts at Apex High School, his legacy will live on, with his name imprinted onto the bleachers. 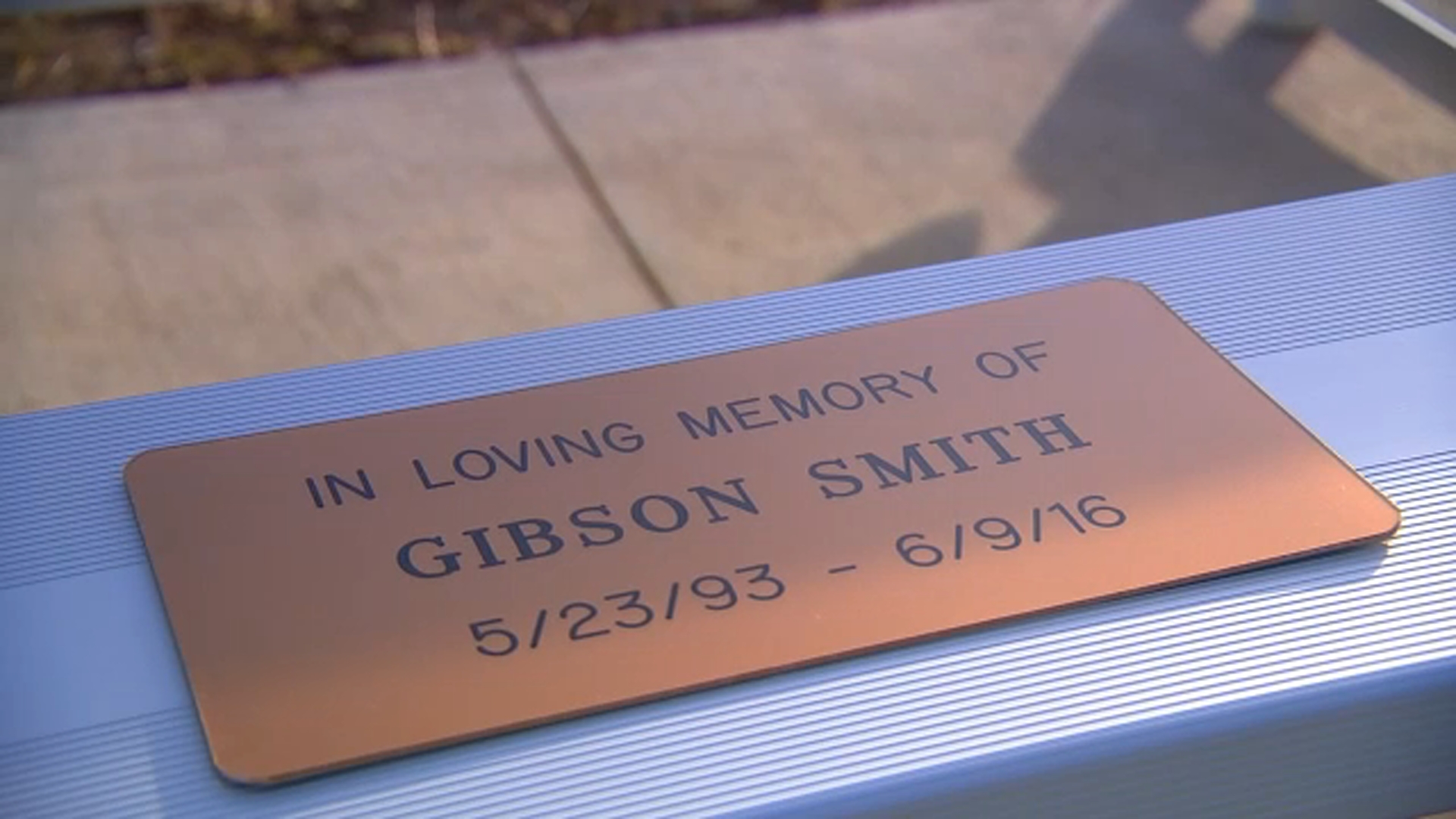 Dana Smith has made it his purpose to spread his son's story in hopes of reaching someone and saving their life before it's too late.

Smith said he is fortunate he has the luxury of time since he was able to retire from the family business yet maintain an ownership position.

"I could sit at home and not do anything, but I realized I've got to get the story out and go talk," Dana Smith said. "So what I've done mostly is go back to Gibson's old fraternity at NC State. Because what I've learned is these young kids, they have a hard time talking to their fathers, and they have a hard time opening up. And as we all know, men struggle with being vulnerable, and we struggle with being real.

"And so when I get in front of these young men and I tell the story, and I tell the story about when the police come to the door and they tell me that my son is dead, I lose it," Smith added. "And so they see that real sense of loss from a father, who was close to his son."

No community is immune to tragedy. Smith said his family grew up in Cary, a "wonderful place" ... "with great schools."

"When I tell that story, what happens is these young men will call me. And they'll say, 'hey, can you, can you talk to me,' and I'll go get coffee with them or lunch with them," Smith said. "And all of a sudden, they start opening up. And my goal is to get them to go into counseling because I'm not a counselor, and I don't have the answers, but I listen to them. I know what my story is and I know the struggles that my son was struggling with. My new purpose is to try to go and help these young men to, to be able to talk."

He wants people to know they're not alone and stresses the importance of community and finding someone to share frustrations, stresses or anxieties with.

"I think if Gibson saw that service, he would so do a do-over because the people that came in through the reception line ... there was quite a few people that when they got to me they were losing it, and (Coach) Ryan was one of them."