WTVD
By Gloria Rodriguez
May Day protesters in Durham marched to City Hall and read a list of demands Monday evening, but not before a tense moment with a determined driver.

A group of protesters clashed with the driver of a pickup truck on South Mangum Street in downtown Durham. This happened as protesters were outside the Durham County Jail, blocking the road to traffic.

The truck's driver proceeded slowly at first through a group holding up a banner, but didn't back off the gas pedal as dozens of protesters attempted to stop his progress.

One of the group's safety marshals, who actually tried to block the truck from the crowd, described the moment as scary.

"There were kids there and people with different mobilities that were not able to pick up and move," Christine Hawn said.

Eventually, horsepower won out and the truck broke through the throng and proceeded on its way. No one was injured.

The group quickly resumed focus and continued its local May Day protest focus on the issues. Those include worker rights, raising the minimum wage, rights and protections for immigrants, and what they say should be better treatment for inmates at the jail.

From the jail, the group marched to Durham City Hall. They chanted and rallied outside before some of the group continued inside to attend the 7 p.m. city council meeting.

Once those inside chambers said the Pledge of Allegiance, protesters stood up and took over the start of the meeting. Council members and the mayor sat quietly as members of the group took turns shouting their list of demands.

And after having their say they're now leaving the mtg pic.twitter.com/vZ7jSmq2us

At one point, Mayor Bill Bell even welcomed them to use the microphone at the podium. Once the group finished, it marched back outside and wrapped up the protest.

A Durham Police spokesperson said officers were monitoring the protests.

The incident between the pickup and the protesters captured by ABC11's cameras comes just days after North Carolina's House of Representatives was considering a bill that would grant civil lawsuit immunity to a driver who hits someone protesting on a public street.

Read more about that bill, known as House Bill 330, here.

Earlier Monday, dozens of activists gathered at Moore Square Park in Raleigh for a May Day rally. May Day is International Workers Day and activists said the rally was about defending all workers.

"I would like to see equal rights for everybody in this country no matter what they are -- gay, straight, whatever religion they might be, whatever color, nationality," said Michael Eisenberg, of Raleigh.

Dozens of activists gather for May Day rally in Raleigh

The Triangle Unity May Day Coalition, made up of more than 30 grassroots organizations, and the People's Assembly, organized the demonstration.

Organizers say they oppose what President Donald Trump had done during his first 100 days in office, saying his policies hurt working people and minorities.

"We're definitely opposed to the Muslim ban," said Raul Jimenez, of the Triangle People's Assembly. "We're opposed to immigration raids and separation of families across the country."

In a rally in Pennsylvania this weekend, President Trump touted his accomplishments saying: "We are keeping one promise after another. And frankly, the people are really happy about it."

Responding to Monday's protests, NC GOP chairman Robin Hayes said "President Trump is keeping his word to the people of North Carolina, creating jobs and opportunity. We are excited that he is well on his way to lowering taxes for hard working North Carolinians and repealing and replacing Obamacare. He is truly taking the needed steps to make America Great Again." 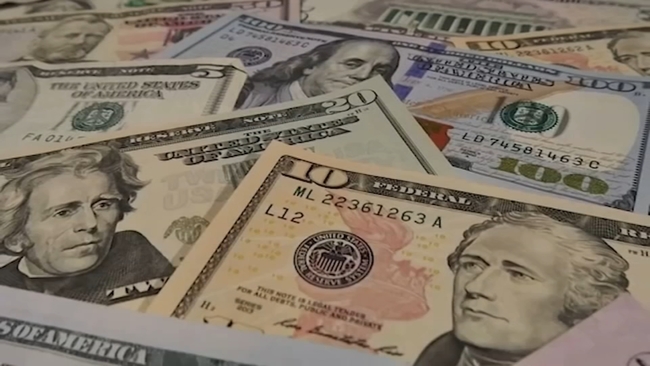