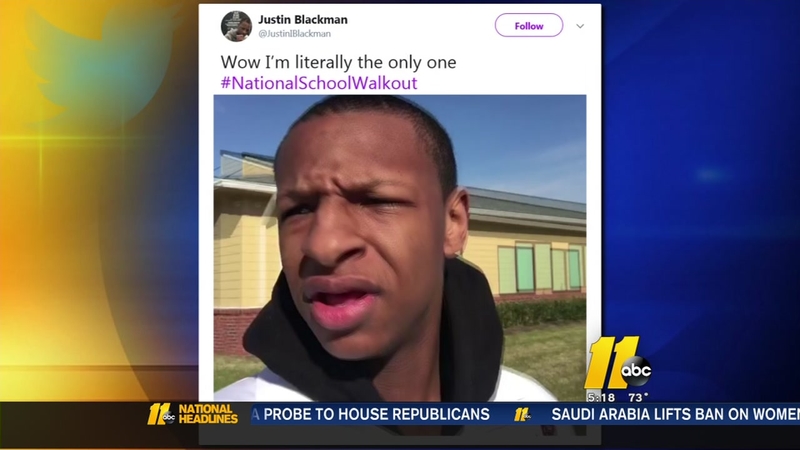 LOS ANGELES, Calif. (WTVD) -- A Wilson teenager was honored at the BET Awards Sunday night for his solo participation in a school walkout.

Each year, the award show gives out a Humanitarian Award that honors a celebrity who goes beyond their duty as an entertainer for their philanthropic impact on the world.

However, instead of giving out one award to a specific influence, six people were honored for the mark they've left on our culture over the last year.

Justin Blackman, 16, received the award after he was the only student to participate in a walkout at his school on National Walkout Day.

On March 14, Blackman walked out of class at Wilson Preparatory Academy to protest gun violence after the mass shooting at a Florida high school that killed 17 people.

Viral video: NC student participates in Walkout day alone
A tweet from a local student on National Walkout Day has gone viral because of the number of people who participated in walking out with him -- zero.
But once out of his classroom, the teen noticed one thing - he was the only participant.

Blackman tweeted a video about his experience saying, "It's National Walk Out Day and I'm the only one at my school out here."

And within a matter of minutes, his tweet went viral.