Yanny or Laurel? Teens behind the biggest debate since the dress settle it with explanation

WTVD
LAWRENCEVILLE, Ga. -- It's settled: That viral audio clip that everybody is talking about is actually a recording of the word "laurel," not the nonsense word "yanny."

At least, that's the story from the teenagers who apparently started the whole thing.

Wired magazine spoke to several teens who claim to be part of the biggest internet debate since 2015's dress debacle. Flowery Branch High School freshman Katie Hetzel said she played the pronunciation clip of the word "laurel" on vocabulary.com while studying for a literature class, though she heard "yanny" instead of "laurel." Hetzel told Wired that she shared the clip with her classmates and then posted it to her Instagram story.

Her classmate Fernando Castro later re-posted the audio to his story. At that point, Reddit user RolandCamry (who Wired did not identify by name) took the audio from Castro's Instagram story and uploaded it to Reddit, where it took off.

"Katie and I have been going back and forth and we both agree that we had equal credit on it," Castro joked to Wired.

Szabo, too, told the paper that the clip originated from the vocabulary.com listing for the word "laurel." When the clip played on a computer at his school, Szabo said his classmates were split as to what they heard.

An unidentified friend then posted the clip to Instagram, Szabo said, and he subsequently posted it to Reddit, and the rest is internet history.
Report a correction or typo
Related topics:
societywhat's trendinginternetbuzzworthysocial mediabig talkers
Copyright © 2021 WTVD-TV. All Rights Reserved.
RELATED 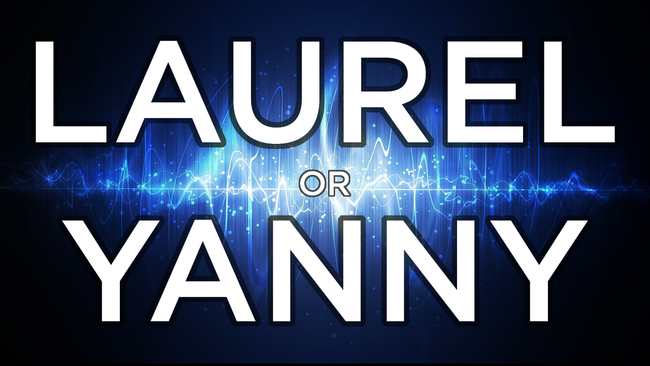