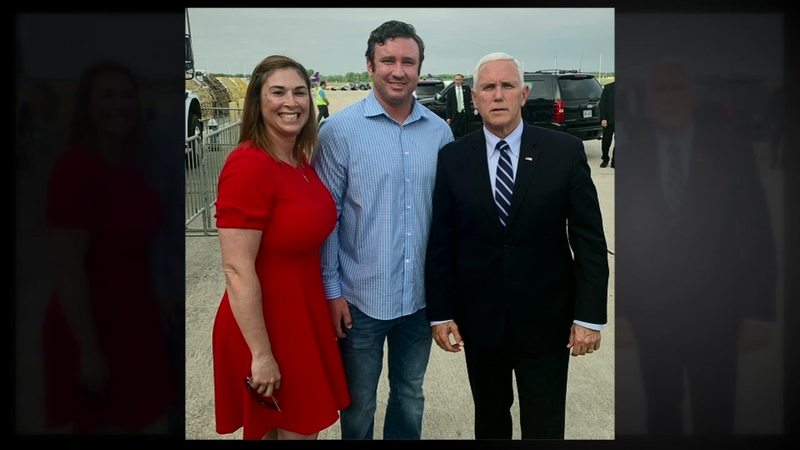 Stayskal met with Pence and told him about his fight to change the Feres Doctrine, a doctrine which prevents active duty military from suing the government for negligence.

Stayskal said Pence listened to his concerns with the Feres Doctrine and said he was interested in getting to the bottom of it.

Stayskal's fight has taken him to Washington, DC. He testified before the House Armed Services Committee at a hearing called "Feres Doctrine -- a Policy in Need of Reform?"

He has gotten the attention of lawmakers- a bill is on the table to change the Feres Doctrine and it's named after him.

Rep. Richard Hudson, the Republican congressman who represents areas around Fort Bragg, also supports the Stayskal Act. Hudson was one of the first members to meet with Stayskal and Hudson helped write the bill and was a driving force in getting the legislation introduced.
"Representing the men and women stationed at Fort Bragg and their families is one of the greatest honors of my life," said Rep. Hudson. "My priority is doing right by my constituent Rich and making sure our service members and their families receive the support and top-notch health care they were promised. I admire Rich and the Stayskal family's courage to advocate for these changes."

Hudson was on Air Force Two with Pence as he arrived into Greensboro yesterday and arranged the meeting between Pence and Stayskal.

Stayskal said it was an amazing experience to meet with Pence and for him to hear his fight.

Stayskal is represented by attorney Natalie Khawam with the Whistleblower Law Firm.

She said she hopes there is a large turnout for the march.