Authorities searching for inmates, accused of murder, who escaped from SC detention center 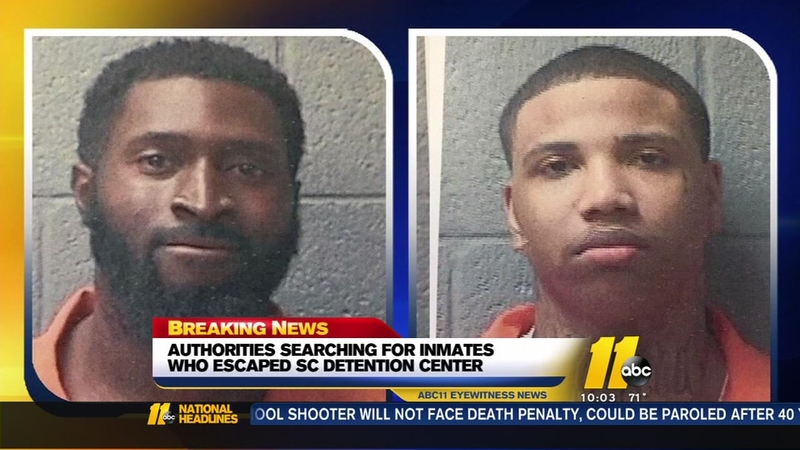 Officials were initially looking for three inmates but one was caught on Sunday.

Christopher Shannon Boltin, 27, is back in custody.

Johnson and Green were both being held in the detention center on murder charges. Boltin was accused of carjacking and grand larceny.

The men were discovered missing after the sheriff's office responded to a report of an attempted escape at the Orangeburg County Detention Center just before 10 p.m.