One injured after multiple shots fired in Southern Pines 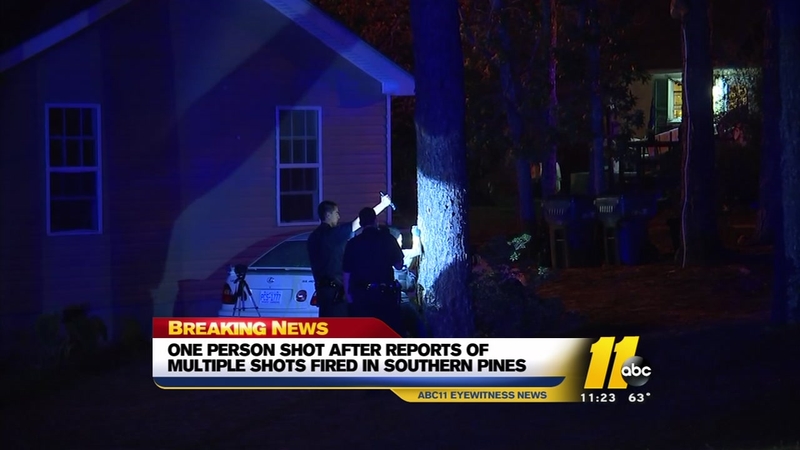 One shot after gunfire erupts in Southern Pines

SOUTHERN PINES, NC (WTVD) -- One person was injured after multiple shots were fired in Southern Pines on Wednesday night.

It happened at the intersection of Illinois and Carlisle streets. Crime scene tape and evidence markers were at the scene as police investigated.

Officials confirmed one victim was taken to the hospital. The victim was believed to have non-life threatening injuries.

Police did not release the identity of the victim, and said only that he was not cooperating with investigators.

Police received multiple calls to 911, so there was some panic and confusion initially, with some media outlets erroneously reporting that as many as six people were shot.

Neighbors reported a lot of people gathering at a house near the shooting scene.

It not clear whether the shooting is related to a deadly drive-by shooting last week. This shooting happened in the same neighborhood, just blocks away from where a 12-year-old girl was fatally shot and a 3-year-old boy was injured last week.

Police say they are searching now for a light grey or silver SUV, possibly a Dodge or Jeep.