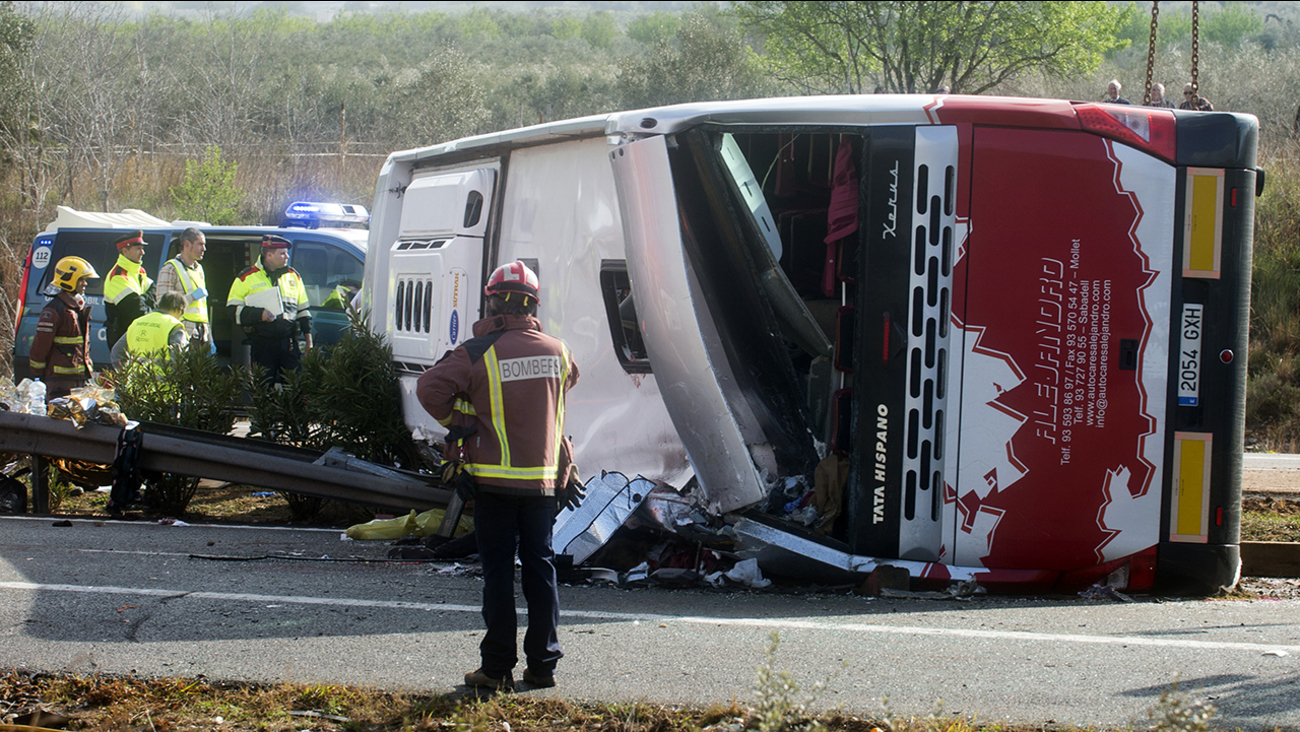 MADRID -- A bus carrying university students back from a fireworks festival crashed Sunday on a main highway in northeastern Spain, killing 14 passengers and injuring 30 others, a Catalonian official said.

The bus, which was carrying more than 50 passengers, appeared to have hit the right-hand side barriers of the AP7 highway before cartwheeling across the road and slamming into the central fence, landing on its side, said Jordi Jane, spokesman for Spain's northeastern Catalonia province.

Jane said emergency rescue workers were still working to clear the wreckage that had closed the major highway linking Spain with France along the Mediterranean coast in both directions. The crash took place near Freginals, halfway between Valencia and Barcelona.

Jane said the students - part of the Erasmus exchange program - had traveled to Valencia to take part in the renowned "Fallas" fireworks festival and were returning when the bus crashed.

The bus driver was being held at a police station in the city of Tortosa, Jane said. Road conditions were good at the time of the crash and an investigation is looking into the cause of the accident, he said.

Jane said most passengers on the bus were studying at two universities in Barcelona, he but would not comment immediately on their nationalities.

The Erasmus program provides foreign exchange courses for students from counties within the 28-nation European Union and enables them to attend many of the continent's best universities.