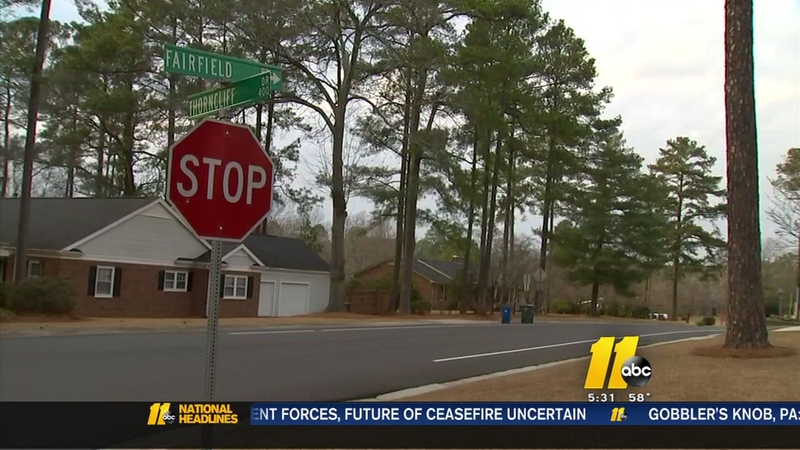 FAYETTEVILLE, North Carolina (WTVD) -- It's been six weeks since a teen driver slammed into one family's home causing $75,000 in damages. Now, people in the Vanstory Hills neighborhood are pleading for help, and they may get it soon.

The city of Fayetteville conducted a two-day traffic study to analyze the traffic patterns along Millbrook and Fairfield Roads.

The study comes after residents voiced their concerns regarding speeding drivers. Some residents told ABC11 that the issue has been ongoing but seemingly got worse after Hurricane Matthew washed out Mirror Lake Bridge, forcing drivers to use certain roads in Vanstory Hills as a shortcut around.

Get more Fayetteville news with the ABC11 News App

The city's study found that drivers are doing at least 9 mph over the speed limit. Traffic Engineers recommended the installation of three speed humps along Fairfield and Millbrook Roads.

Some residents ABC11 spoke with welcome the idea.

"There's a lot of people out walking and children out playing and that would help remind people to slow down as they're coming to the neighborhood," said one neighbor, who wanted to remain anonymous.

Others say the speed bumps are too extreme.

"Speed bumps makes things in the neighborhood noisy, and it's overkill to put speed bumps there," said one woman, who did not wish to be identified.

Either way city leaders can't move forward until residents sign a petition. The petition must have 100 percent support from households where the speed hump enters their lot.

Connie Collotin told ABC11 the only disadvantage would be the sound. However, she's willing to tune that out in favor of safety.

"As far as sound goes ... but they would slow you down but if you don't slow down, you're doing to do damage to your car," Collotin said.

In addition to the speed humps, the City of Fayetteville will install additional signage reminding residents to slow down.