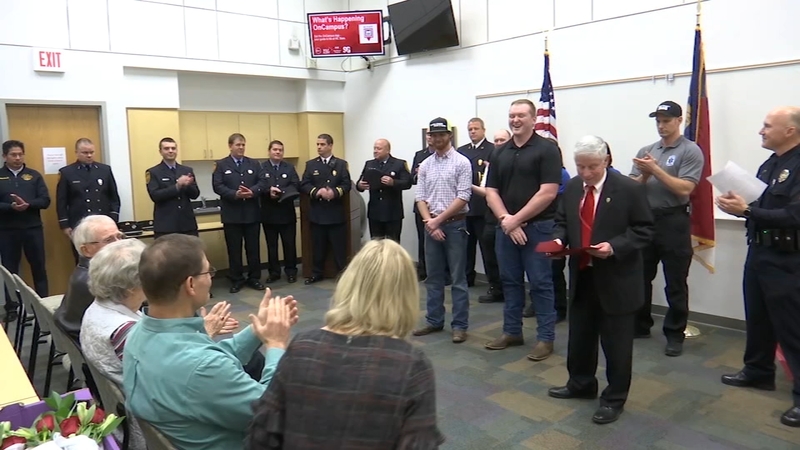 The men were riding in the car on a Saturday morning when they noticed Jones stumbling across the road and foaming at the mouth.

"Definitely if we hadn't of been there, nobody would have found him. I don't know," said Denton.

Fire officials arrived and administered an electric shock using an AED. Jones was transported to UNC's heart hospital where he stayed for days after his triple bypass surgery.

"Just a surreal feeling. All these people were involved in saving my life," said Jones.

On Wednesday afternoon, a room full of heroes gathered inside the NC State Campus Police Station. Only two of them were being honored.

The celebration took place over cake and balloons. Life Savers candy lined the center of the table representing the men who saved Jones life.

"I'm extremely grateful that they would stop and help a man in distress," said Jones.

Officials thanked the men for their acts of bravery and heroism. The duo accepted the honor humbly.