'I never had it happen before': Cumberland County mom wins $500,000 lottery prize 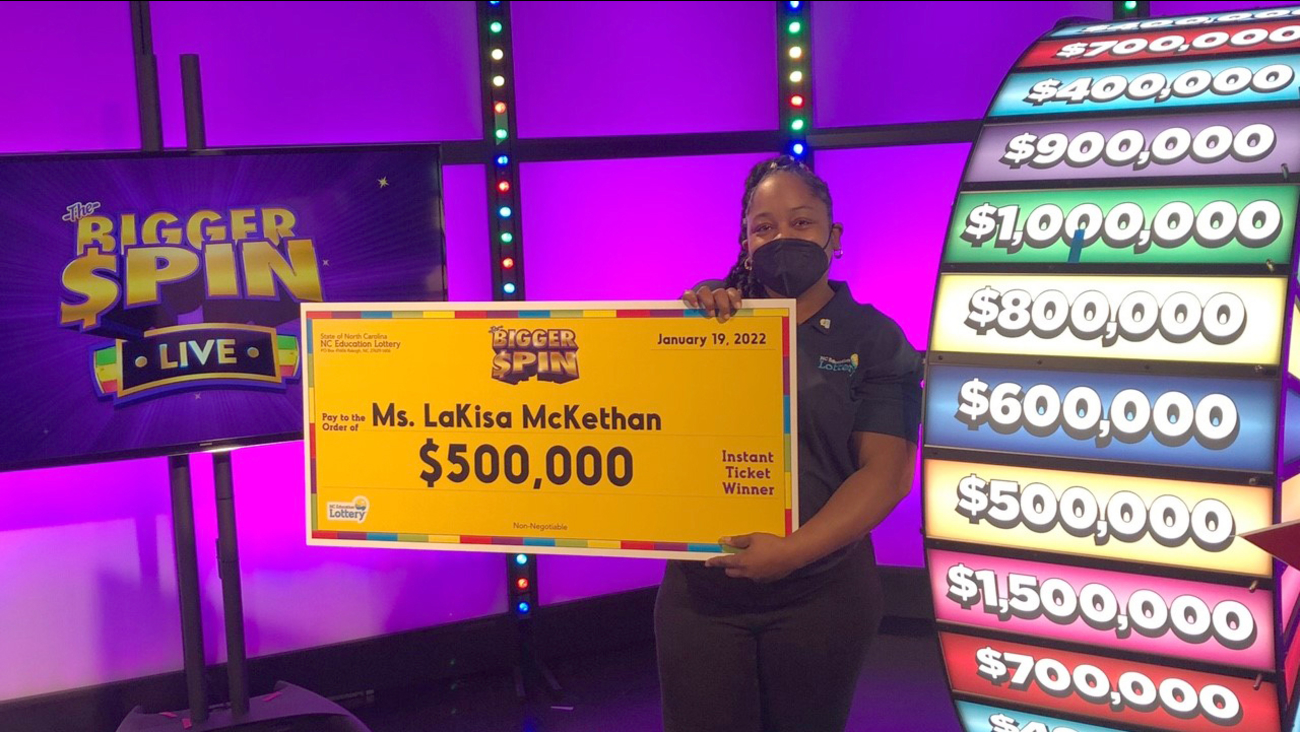 McKethan was on her way home from work when she stopped by the VA Food Mart on Cumberland Road in Fayetteville. There she picked up a $10 Bigger $pin scratch-off that resulted in a lucky spin opportunity at the Bigger $pin Live event. She was guaranteed at least $400,000 in prize money.

"I was nervous, but I'm happy," said McKethan.

She is the third person to be given a chance of winning one of the Bigger $pin $2 million prizes. The other two winners are a retired Greensboro postal worker who won the $900,000 prize and a cook from Durham winning the $400,000 prize.

There are still three more chances to win the $2 million prize, four times larger than the Big $pin prize offered two years ago. There are two chances remaining to win a chance to spin the wheel by a scratch-off and one chance to win by second chance drawing. All of the Big $pin tickets can be entered into this drawing

"When the Bigger $pin ticket came out, me and my sister used to try to compete with each other to see who could get the wheel," said McKethan. "When I got the wheel, I took a picture of it and I showed it to her."

McKethan took home a total of $354,994 after the required state and federal taxes were withheld. With this sum of money she plans to buy a home and give back anonymously to an individual seeking medical treatment.