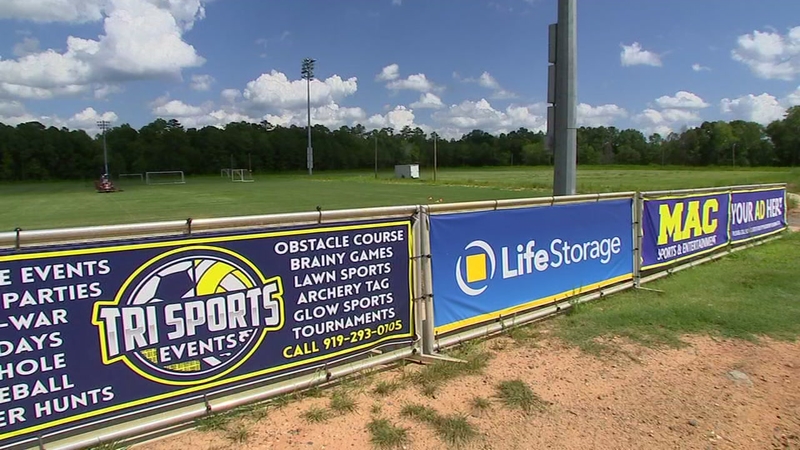 The hours now aren't all that different, but the job certainly is.

As the owner of MAC Sports and Entertainment, Lefebvre spends all day working to maintain and improve his sports facility "The MAC," which is located just off 540 in Brier Creek by the airport.

The facility opened in the spring of 2017. It's a complex of fields and beach volleyball courts - a necessary offspring of his first entrepreneurial effort - TRI SPORTS.

Lefebvre knew back in 2001 that the Triangle's growing and largely transplant population of young professionals would want an athletic and social outlet.

TRI SPORTS was created to answer that call.

Based on fun and social sports like kickball and flag football, TRI SPORTS helped people struggling to find new friend circles after college.

Lefebvre soon realized there was a dire shortage of fields relative to demand, so "The MAC," meaning meet and compete, was the next necessary step.

Competing against commercial and residential real estate developers for a large tract of land was a non-starter, so he used satellite imagery to find his plot. It's deep in the back of an industrial complex and as he described it, was "dilapidated" enough to not be a viable spot for those other developers.

Though the property was not for sale, Lefebvre sold the owner on his vision. Three years later, "The MAC" is very much a work in progress, but Lefebvre is a firm believer in his vision, "people need people."
Report a correction or typo
Related topics:
sportsraleighwake countymoneybusinesssports
Copyright © 2022 WTVD-TV. All Rights Reserved.
TOP STORIES
LIVE: Winter storm warning expanded west to I-85
Black ice causing treacherous road conditions already
LATEST: NC asks FEMA for help as COVID hospitalizations rise
US confirmed 1st COVID case 2 years ago today
Louie Anderson, Emmy-winning comedian, dies at 68
How to drive on snow, ice and get out of a skid
Many COVID-19 vaccine side effects caused by placebo effect: Study
Show More
'So much deceit': Brother of Lori Vallow speaks out on family divide
Meat Loaf, 'Bat Out of Hell' rock superstar, dies at 74
'Wheel of Fortune' contestant gets her Audi after bonus round pause
SPONSORED: Big Weather's Big Recipe: Caramel Puffcorn
Contact tracers' role changes as pandemic reaches new heights
More TOP STORIES News