10 of the most shocking upsets in sports history

ESPN
By Thomas Neumann and Arash Markazi, ESPN.com
Roberta Vinci added her name to an exclusive list Friday when she toppled Serena Williams in the US Open semifinals. The unseeded Vinci's 2-6, 6-4, 6-4 victory will go down as one of the most stunning upsets in sports history.

Williams is ranked No. 1 in the world and was on the verge of becoming only the fourth woman to win all four Grand Slam tournaments in the same calendar year. She had won 33 consecutive matches in major tournaments, dating to the 2014 US Open. Vinci, on the other hand, hasn't won a singles tournament since 2013.

Ralph Sampson, who was inducted into the Basketball Hall of Fame in 2012, is in a unique position to empathize with Williams. In 1982, his top-ranked Virginia team suffered one of the college basketball's most unfathomable losses (more on that game below).

"This loss will take Serena a little longer to get over because she doesn't have another match anytime soon that's a major match," Sampson said Friday. "This was a Grand Slam attempt. My advice: Take a few days off and regroup. She is still a great champion, the best in the world, and she had a great year."

Vinci's performance now takes its place among the biggest shockers off all time. Here, in chronological order, are 10 more of the most surprising and memorable upsets in sports history:

Jan. 12, 1969:This was the game that made the Super Bowl super and proved the AFL belonged with the NFL (the merger was agreed upon in 1966, but combined regular-season schedules didn't start until 1970). Joe Namath's guarantee and the slow-motion shot of him wagging his index finger as he ran off the field was not only the high watermark of his career, but it still stands as the biggest upset in Super Bowl history. Baltimore didn't score its touchdown until late in the fourth quarter but already trailed 16-0 by then to the 18-point underdog Jets.

Feb. 22, 1980:It would be hard to find an upset that's had a bigger impact on American culture than the Miracle on Ice at the Lake Placid Olympics. Al Michaels' unforgettable "Do you believe in miracles?" call still resonates with anyone who loves a good underdog story, as Team USA's ragtag group of amateurs and collegiate players beat a powerful Soviet team that had won the previous four Olympic gold medals. The Americans still had to beat Finland to win their gold medal, but it was the semifinal stunner over the Soviets in the middle of the Cold War that will never be forgotten.

Dec. 23, 1982: Few sports fans had even heard of Chaminade before the pesky Silverswords shocked the No. 1 Cavaliers in Hawaii. Virginia was led by 7-foot-4 star Ralph Sampson, who would be the No. 1 pick in the 1983 NBA draft. Chaminade was an NAIA program trying to regroup from a loss two days earlier to Wayland Baptist. Tony Randolph scored 19 points for the Silverswords and helped hold Sampson, in his first game back from a bout with pneumonia, to 12 points. The upset gave birth to the annual Maui Invitational, which attracts some of the top college teams in the nation each year. "It didn't take me long to get over [it] because we had another game in a few days," Sampson told ESPN.com on Friday. "So we didn't want to lose two in a row. You just want to get away from it and get ready to compete in the next game."

April 4, 1983:Lorenzo Charles' buzzer-beating, game-winning dunk off a Dereck Whittenburgair ball -- or was it a pass? -- and coach Jim Valvano running around the court looking for someone to hug afterward remain two of the most iconic images in sports history. Top-ranked Houston, a high-powered juggernaut led by Hakeem Olajuwon and Clyde Drexler, were heavy favorites, but North Carolina State, whose penchant for late rallies earned them the "Cardiac Pack" nickname, kept the game tight enough to deliver one of the most thrilling finishes ever.

Boxing: Buster Douglas KOs Mike Tyson
Feb. 10, 1990:How big of an underdog was James "Buster" Douglas when he stepped into the ring against Tyson in Japan? The Mirage, which had opened three months earlier, was the only Las Vegas casino to make odds on the fight. They had Douglas as a 42-1 underdog, which is why when he knocked out Tyson, who was 37-0 at the time, in the 10th round, Jim Lampley called it, "The biggest upset in the history of heavyweight championship fights!"

Olympic Wrestling:Rulon Gardner def. Alexander Karelin 1-0
Sept. 27, 2000:Karelin entered the super heavyweight Greco-Roman final match riding a 13-year undefeated streak. He was the three-time defending Olympic gold medalist and had captured seven consecutive world titles. He hadn't allowed a single point in a decade. Gardner was a first-time Olympian who didn't win an NCAA championship at Nebraska. After defeating Karelin 1-0 in overtime, Gardner relied on his farming roots to describe his felled opponent. ''If you get a chance, go up against a cow and push it," Gardner said. "Just experience pushing a cow, to get her to move where you need her, and that's what he's like. Only he's a bit quicker. No, a lot quicker.''

Super Bowl XXXVI: Patriots 20, Rams 17
Feb. 3, 2002: The Rams, at the zenith of their Greatest Show on Turf era, were a veritable juggernaut. St. Louis ranked No. 1 in the NFL in offense and No. 3 in defense that season and entered the Super Bowl as a 14-point favorite. The Patriots, piloted by first-year starter Tom Brady at quarterback, were an unlikely conference champion. They were two weeks removed from escaping the Tuck Rule game against the Raiders and one week removed from a 24-17 win over Pittsburgh as a 10-point underdog in the AFC Championship Game. None of that mattered, however, when New England kicker Adam Vinatieri's 48-yard field goal sailed through the uprights as time expired.

Sept. 1, 2007:It's hard to quantify the upset that occurred in front of 109,000 fans at The Big House in Ann Arbor, Michigan, eight years ago by simply looking at the point spread. Some sportsbooks don't even place lines on games between FBS and FCS teams, but those that did had fifth-ranked Michigan as high as 33-point favorites. Not only did the Mountaineers win, but they knocked the Wolverines completely out of the Top 25 in the process.

College Football: Stanford 24, USC 23
Oct. 6, 2007:The Trojans romped over opponents for the better part of a decade under coach Pete Carroll, making the mere thought of a loss to the visiting Cardinal seem preposterous. USC was ranked No. 2 in the nation and had won 35 consecutive home games. The point spread favored USC by 39-41 points, depending on the source. Stanford was in its first season under coach Jim Harbaugh after having gone 1-11 in 2006. Tavita Pritchard connected with Mark Bradford on a 10-yard touchdown pass on fourth-and-goal to put Stanford ahead for good in the final minute. Four plays earlier, sophomore wideout Richard Sherman (yes, that Richard Sherman) hauled in a catch for exactly 20 yards on fourth-and-20 to sustain the drive.

Super Bowl XLII: Giants 17, Patriots 14
Feb. 3, 2008: The Patriots were fresh off the NFL's first 16-0 regular season, in which they didn't so much defeat opponents as destroy and demoralize them. New England was the highest-scoring team in league history at the time, averaging 36.8 points per game. The Giants went 10-6 in the regular season and had to win three road playoff games in order to reach the Super Bowl, where they were 12-point underdogs. But buoyed by Eli Manning's mad scramble and David Tyree's helmet catch, the Giants memorably spoiled the Patriots' bid for a perfect season. 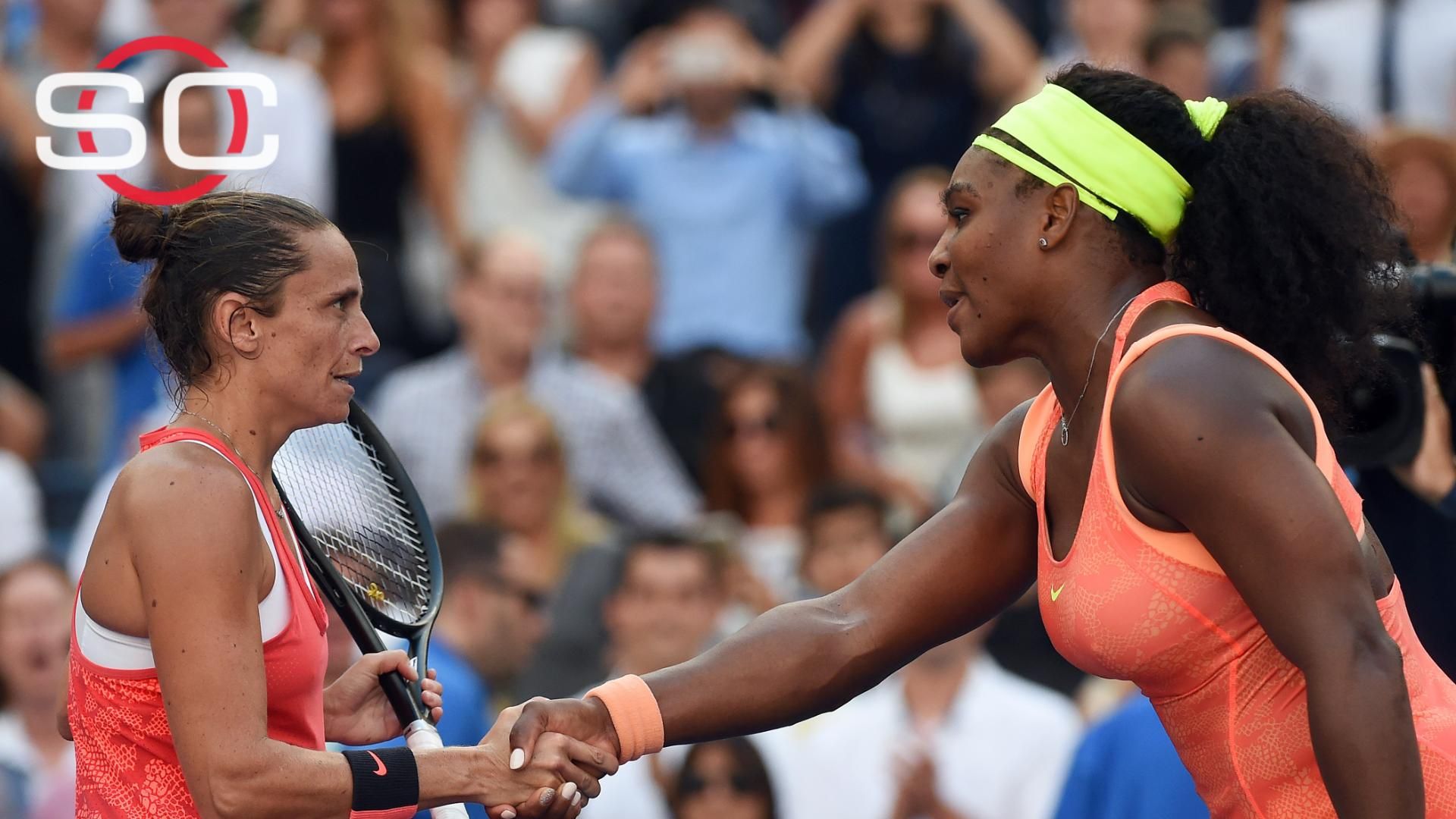