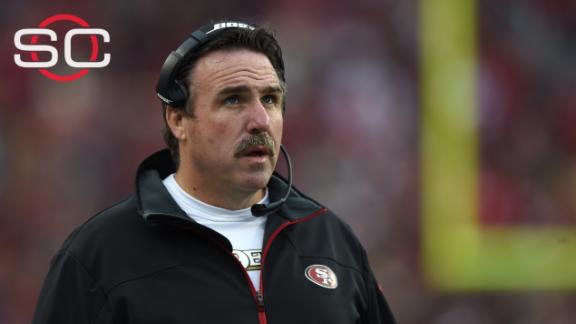 "Jimmy has been a valuable member of the 49ers organization for the last nine years," CEO Jed York said in a statement. "We all know he is a man of high character, and his contributions on the field and in our community have always been greatly appreciated. This entire organization is proud and grateful to have worked so closely alongside Jimmy. We all wish him and his family great success in the future."

The Niners went 5-11 in Tomsula's lone season as head coach and ended the year with a 19-16 victory over the St. Louis Rams on Sunday in front of a sparse crowd at Levi's Stadium.

The 49ers are expected to explore the potential of hiring Sean Payton if theNew Orleans Saintsmake him available, sources told ESPN NFL Insiders Adam Schefter and Chris Mortensen. Payton has two years remaining on his contract, so teams hoping to hire him will have to work out a compensation arrangement with the Saints.

In addition, representatives of former Eagles coach Chip Kelly have reached out to the 49ers about their vacancy, a league source told Schefter on Monday.

When Tomsula was hired Jan. 14, 2015, the move was looked upon with skeptical eyes around the league, given that Tomsula had never been more than a position coach in the NFL. He had coached the Niners' defensive line since 2007.His only head-coaching experience at the professional level was in NFL Europe with the Rhein Fire.

York lauded Tomsula's teaching and mentoring of players as reasons for promoting him. However, many times this season, Tomsula looked overmatched as an in-game strategist, though that was not supposed to be his strength. Rather, as former Niners coach Mike Nolan, who hired Tomsula in Santa Clara, told ESPN, general manager Trent Baalke would put together a strong roster, Tomsula's coordinators would do the "football" things and Tomsula would be the motivator.

In fact, Drew Henson, who played for Tomsula in Europe, said Tomsula compared favorably to Lloyd Carr, Joe Torre and Bill Parcells as a motivator.

Despite an offseason of free-agent defections (Frank Gore, Mike Iupati, Michael Crabtree) and retirements (Patrick Willis, Chris Borland, Justin Smith, Anthony Davis), things got off to a promising start with a dominating 20-3 defeat of the Minnesota Vikings on Monday Night Football.

But a four-game losing streak followed, and the injuries piled up -- 12 players were on injured reserve, including 10 key guys -- before Colin Kaepernick was benched following eight starts.Blaine Gabbert took over under center. Kaepernick was placed on season-ending injured reserve and elected to undergo surgery on a torn labrum in his left (non-throwing) shoulder. At that time, it looked as though Tomsula was a safer bet than Kaepernick to return to Santa Clara.

But an embarrassing letdown loss to the Cleveland Browns24-10 after an improbable overtime victory at the Chicago Bears was followed by more undisciplined play, which was on exhibit with seven offsides/neutral zone penalties in a Week 16 loss at the Detroit Lions.

"Obviously, it sucks to go through this kind of season," left tackle Joe Staley, the longest-tenured member of the 49ers, said this week. "I want to be able to finish it off the right way and then kind of put a ... end to this season."

Tomsula himself said his team practiced well during the week but could not translate it into victories on Sundays.

"I see [York] every week," Tomsula said Wednesday. "We just talk about the week and where we're going, and our conversations haven't changed a bit." 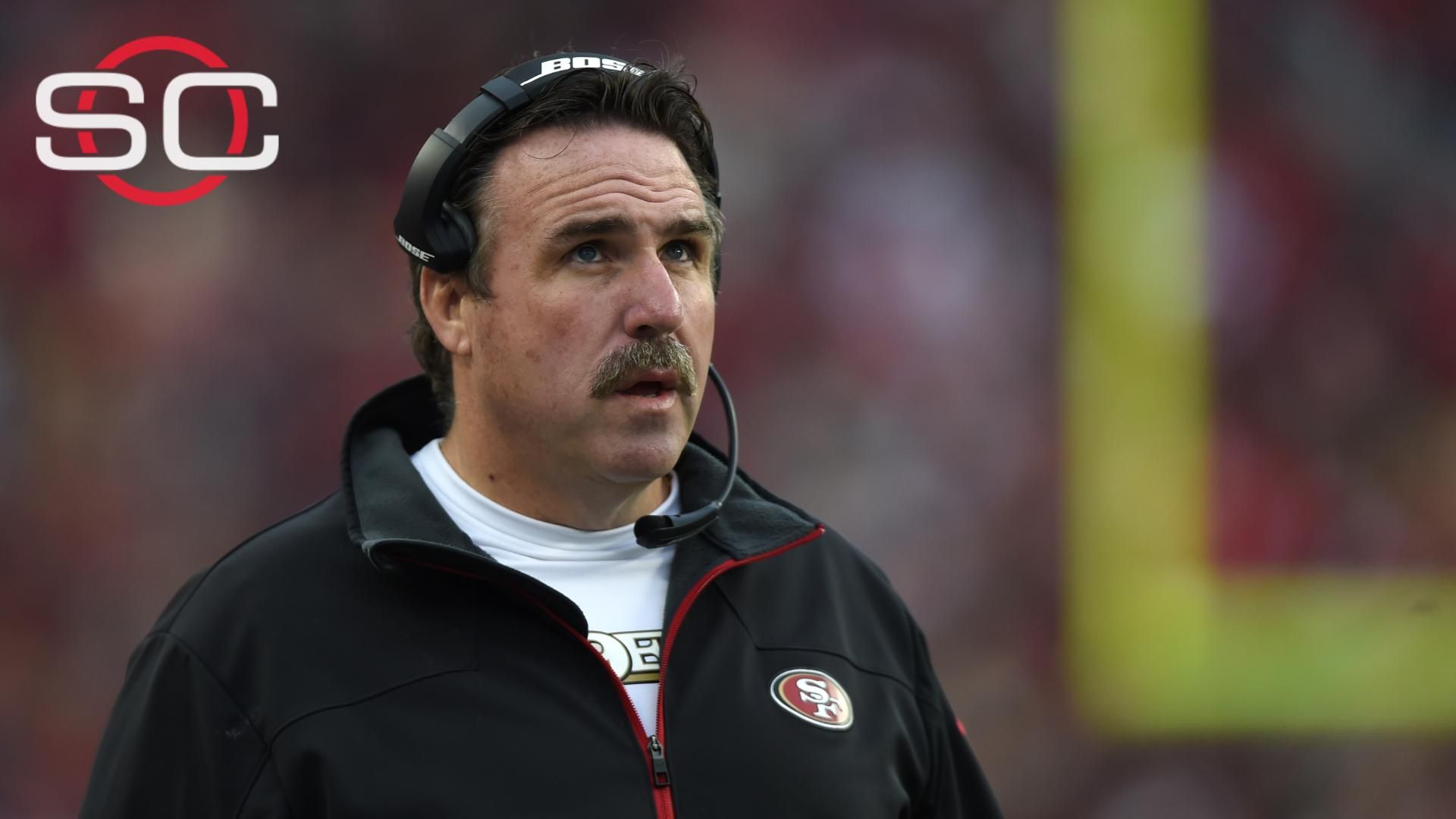 49ers fire Tomsula after one season
ESPN 49ers reporter Paul Gutierrez breaks down the team's decision to let go of Jim Tomsula after going 5-11 in his first season as head coach.