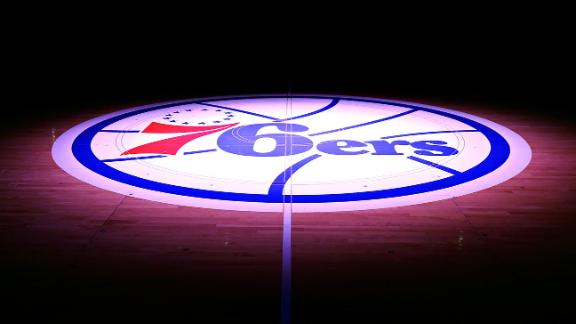 The NBA is pushing toward changes to the draft lottery system by next season but is facing a strong objection from the Philadelphia 76ers, the franchise that could suffer the most from it, multiple sources told ESPN.com.

Lottery-reform measures were introduced earlier this month at league meetings in Las Vegas, and the NBA Board of Governors could vote changes into place at its preseason meeting in October. Although there are several facets and the proposals haven't been finalized, the goal of commissioner Adam Silver is to balance out the lottery odds so the worst team or teams wouldn't have the highest chances of landing the top pick, sources said.

Grantland's Zach Lowe reported earlier this month on the NBA's proposed changes, which are essentially an attempt to squeeze the lottery odds at either extreme toward a more balanced system in which all 14 teams have a relatively similar chance at the no. 1 pick.

Although the NBA likely would not frame the changes this way, they could be seen as an anti-tanking measure, as teams with the worst records might not earn significantly higher lottery odds.

The rough draft of this plan was met with opposition by 76ers management, which is in the midst of a multiseason rebuilding project that is dependent on a high pick next year. The 76ers, sources said, are hoping to get the NBA to delay the plan's implementation for at least a year because it would act as a de facto punishment while just playing by the rules that have been in place.

The 76ers, however, may struggle to gain support from Silver or fellow teams for holding off on the changes. Philadelphia's planned sink to the bottom has caused a drag on revenues in one of the league's largest markets and has upset some other teams, sources said.

The 76ers currently have more than $30 million in cap space, and they made two lottery picks last month in injured center Joel Embiid and European prospect Dario Saric who aren't expected to contribute much this season. They also have recently been in trade talks to move their highest-paid and longest-tenured player, forward Thaddeus Young.

In short, the team is positioned to have one of the worst 2014-15 records in the league on the heels of a 19-63 season that included a 26-game losing streak. In addition to developing and identifying young players, the 76ers went into this plan believing it would give them a better chance at the highest picks in the 2015 draft, as well.

It is something they have not made a secret, which is why the potential lottery changes have made the team feel like it is being targeted.

"I think the season has been a huge success for us," 76ers owner Josh Harris said in April. "All these pieces are in place to make this an elite team that will compete consistently for the NBA championship. There are no shortcuts to it. Unfortunately, it takes a long time. I'm really happy with the progress."