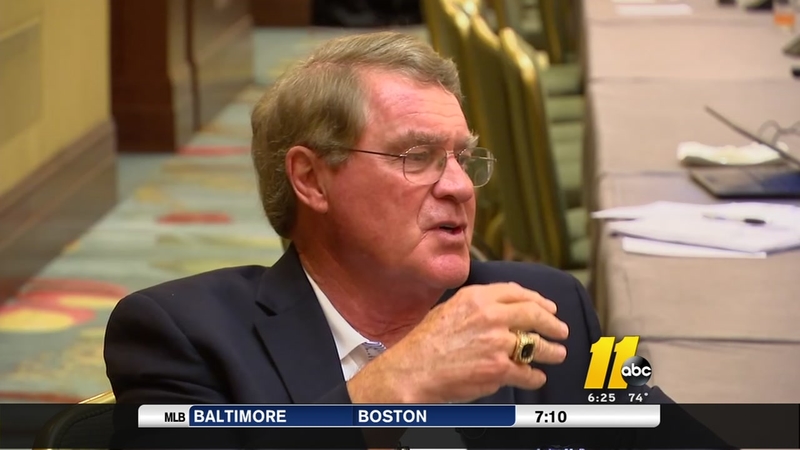 John Swofford dropped a bit of a bombshell as the ACC Spring Meetings wrapped today, announcing that the league's basketball coaches want four more teams added to the NCAA tournament.

Their idea is to hold a second First Four out west, in addition to the current Dayton event that kicks off the tournament.

Which, I guess, but there's a bunch of bad bowl games, just like there are other inconsequential postseason basketball tournaments full of teams.

Additionally, the ACC basketball coaches are in favor of moving back the three-point line, widening the lane and resetting the shot clock to 20 seconds after an offensive rebound.