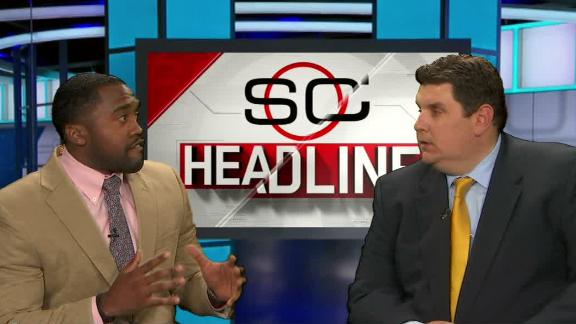 Sources told ESPN that Jefferson is poised to sign a contract with no options on July 7, when a league-wide moratorium on signings and trades is lifted.

Jefferson spent the past three seasons in Charlotte but joins Brooklyn-boundJeremy Lin in leaving the Hornets on the first day of free agency.

With a number of free agents on its roster, Charlotte has focused on re-signing Nicolas Batum -- which it quickly achieved Friday -- and retaining Marvin Williams.

Team president Larry Bird has been trying to mold the Pacers into a faster, sleeker unit under new coach Nate McMillan.

Bird also knows the value of having a reliable offensive threat in the post to get buckets when the game inevitably slows down, and that's where Jefferson comes in. In a league that has steadily gotten smaller and more versatile, the 31-year-old Jefferson is a throwback to the crafty, dominant post players of Bird's era. And Big Al has Celtics green all over his game.

Jefferson started his career with Bird's old team before being traded to Minnesota, where he was tutored by Bird's former teammate and Celtics Hall of Famer Kevin McHale, one of the best post players to ever play. Jefferson has exhibited some of the same trickery and creativity on the block that McHale made famous for those title-winning Celtics teams, and his unique skill set has helped keep him in demand as he has weathered some significant injuries.

Jefferson missed the first 11 games of the 2015-16 season -- five games for a suspension for violating the league's drug policy and six for a strained groin muscle. He played in two games before knee surgery sidelined him for 23 more.

A veteran of 12 NBA seasons, Jefferson averaged 12 points and 6.4 rebounds over 23.3 minutes per game while appearing in 47 contests (18 starts) for the Hornets last season. He earned $13.5 million in the final year of a contract he signed before the 2013 season.

He averaged 13.3 points and 6.1 rebounds in 24 minutes per game in Charlotte's first-round playoff loss to the Miami Heat.

Information from ESPN staff writer Chris Forsberg and The Associated Press was used in this report.