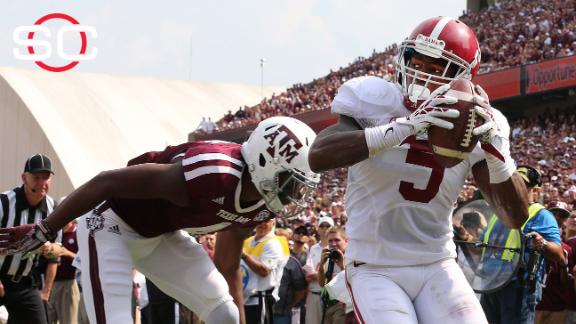 Alabamacornerback Cyrus Jonesbecame the fourth Crimson Tide player to be arrested this spring after he was charged with two counts of third-degree domestic violence Wednesday morning, according to the Tuscaloosa County Jail website.

Jones, who started all 14 games during his junior season, was held on one count of harassment and one count of criminal mischief. Both charges are classified as misdemeanors.

According to police, officers responded to a domestic call and determined, after speaking to both parties and witnesses, that Jones had taken and damaged a woman's cell phone earlier in the day and threatened to assault her in front of a witness.

"We don't ever condone any behavior that shows any kind of disrespect," Alabama coach Nick Saban said in a statement. "There was no physical contact in this situation. Once we get the facts, we will take the necessary steps to correct this behavior in the future."

Jones, a former four-star prospect from Baltimore, led Alabama with 16 passes defended and tied for the team lead with three interceptions.