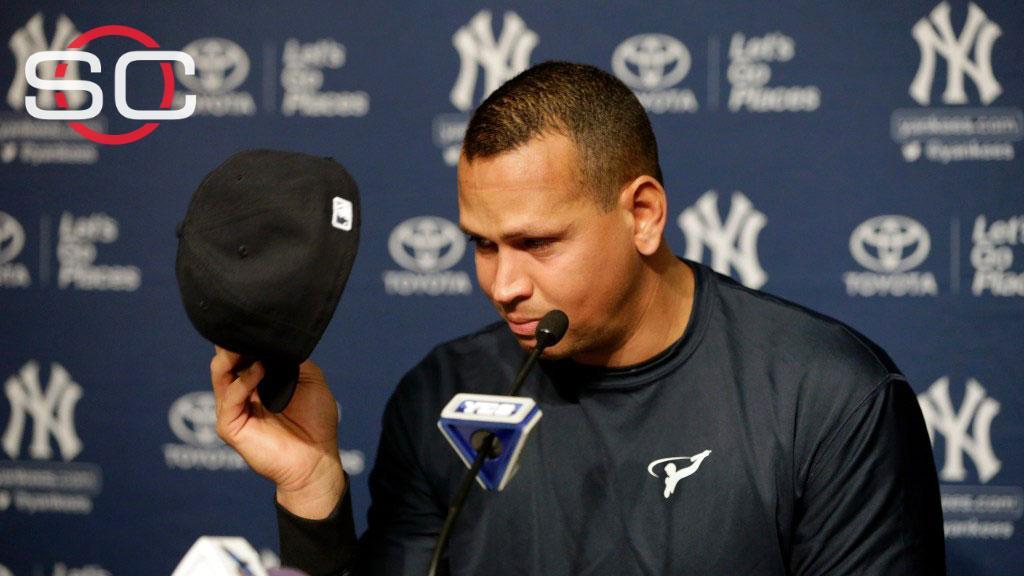 ESPN
By Andrew Marchand
The New York Yankees have announced thatAlex Rodriguezwill play his final game Friday then assume a position asa special adviser and instructor with the team.

Following Friday's game, Rodriguez will be unconditionally released by the Yankees from his player contract in order to sign a contract to serve as a special adviser and instructor with the Yankees through December 31, 2017.

The Yankees, who are pushing to playing younger players, are contractually obligated to pay Rodriguez the remainder of his $21 million salary for this season and the $21 million he is owed for 2017.

Statistically speaking, Rodriguez is a first-ballot Hall of Famer, but he may never get in because he was suspended a then-record full season in 2014 for performance-enhancing drug use. It was the second time he had admitted to using PEDs.

The Yankees had basically made Rodriguez a full-time bench player this season a year after he was a vital member of the lineup during his 33-home run comeback in 2015. But he never could get going in 2016, hitting just .204 with 9 home runs and 29 RBIs in 62 games. His OPS is .609.

Rodriguez, 41, has won three MVPs and has made 14 All-Star teams during his 19 full seasons in the big leagues. He is fourth on the all-time home run list with 696, trailing leader Barry Bonds (762) by 66.