Andrew McCutchen moving from center field to right field in 2017 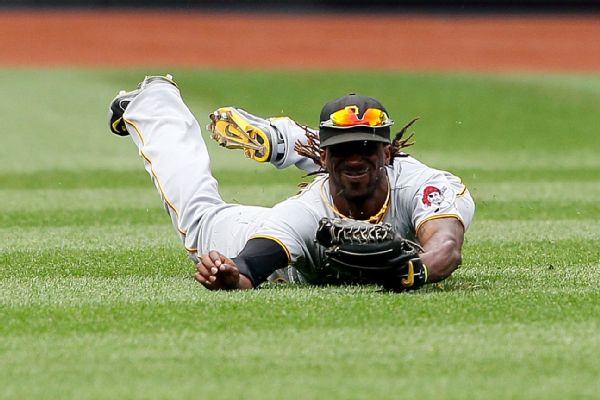 The Pittsburgh Pirates announced Sunday that Andrew McCutchen will play right field in 2017 after manning center field for the team the past eight seasons.

Starling Marte will replace McCutchen in center field, while Gregory Polanco will move to left field. McCutchen hasn't played an inning in right field in his major league career.

"After a detailed evaluation, various considerations and many conversations, we have discussed with each of our outfielders the defensive alignment that we will employ. That alignment will be Gregory in left field, Starling in center and Andrew in right. We believe this alignment will maximize our outfield production," Pirates manager Clint Hurdle said in a statement.

"Our men were very professional and respectful of the team and each other throughout the process, and are selfless in helping us strengthen our team defensively."

McCutchen has played 1,175 games in center field for the Pirates and won a Gold Glove in 2012. Last season, however, he was the worst-rated center fielder in the majors with a DWAR of minus-2.6.

McCutchen was the subject of trade speculation this offseason, but the Pirates ultimately decided not to trade him.