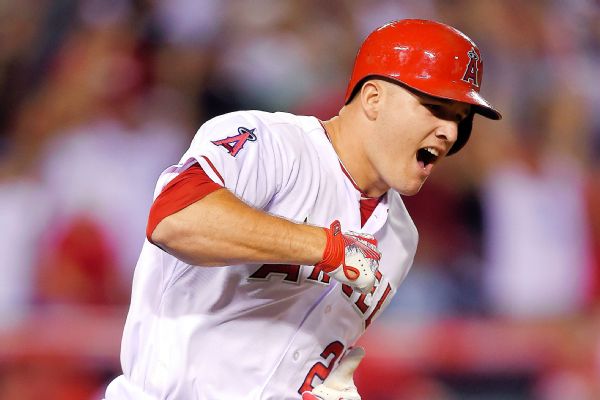 Mike Trout of the Los Angeles Angels has been named the American League MVP.

The announcement was made on MLB Network after voting from members of the Baseball Writers' Association of America. Boston Red Sox outfielder Mookie Betts finished second, and Houston Astros second baseman Jose Altuve was third.

"Ever since I was a kid I wanted to be the best player in everything I did, didn't matter what sport," Trout said in an ESPN interview after being named MVP. "But obviously, you work hard just to be in the conversation.

"There are a lot of great players across the country, across the world, that you're playing against each and every day. [You] put your mindset to that, just to work hard and be the best."

At just 25 years old, Trout now has his second MVP award -- he won his first in 2014. Trout is the sixth player to win two MVPs before the age of 26, according to Elias. Trout also has never finished lower than second in AL MVP voting in his five full years in the majors.

A five-time All-Star, Trout was one of the few bright spots for an Angels team that finished 21 games out of first place in the AL West.

Betts was tied with teammate Dustin Pedroia for second in the AL in batting average (.318), ranked second in hits (214), tied for third in doubles (42) and was fourth in RBIs (113). He finished second in the majors in WAR (9.6) behind Trout.

Trout received 19 first-place votes and 356 points, while the runner-up Betts received 311 points. Retiring Red Sox slugger David Ortiz got one first-place vote to finish sixth in his final year in the majors.

"A well-deserved honor for a player that puts his name in the MVP conversation year in and year out,'' Angels manager Mike Scioscia said of Trout in a release. "Mike is the consummate team player and deserves every accolade he receives on the field just as he should off of it for the person he is.'' 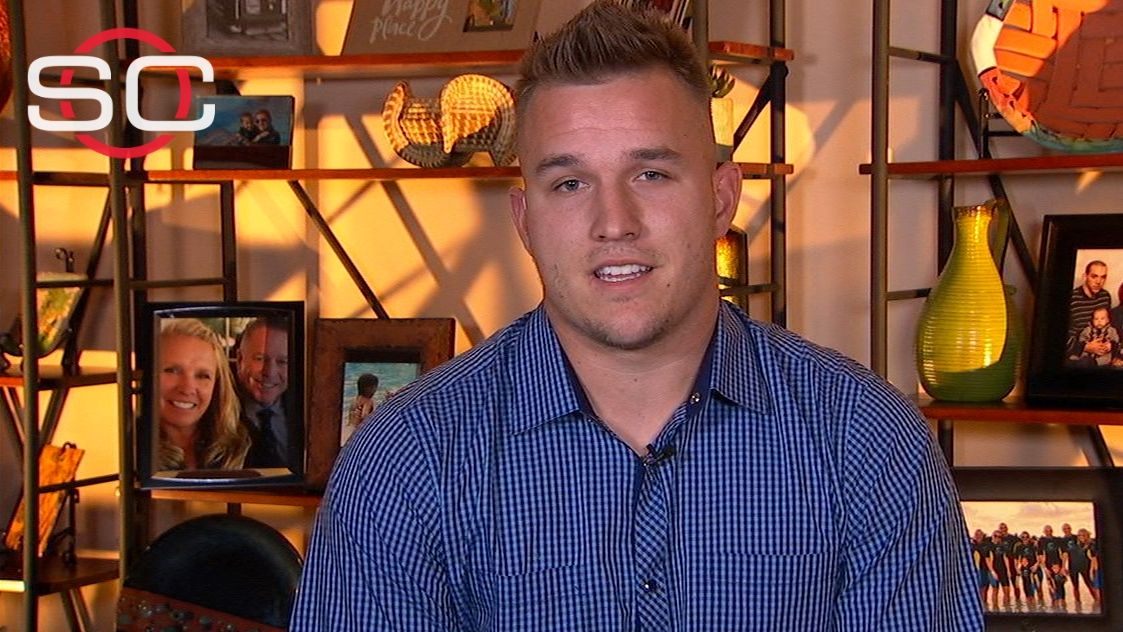