Another offseason, another injection of Hurricanes hope 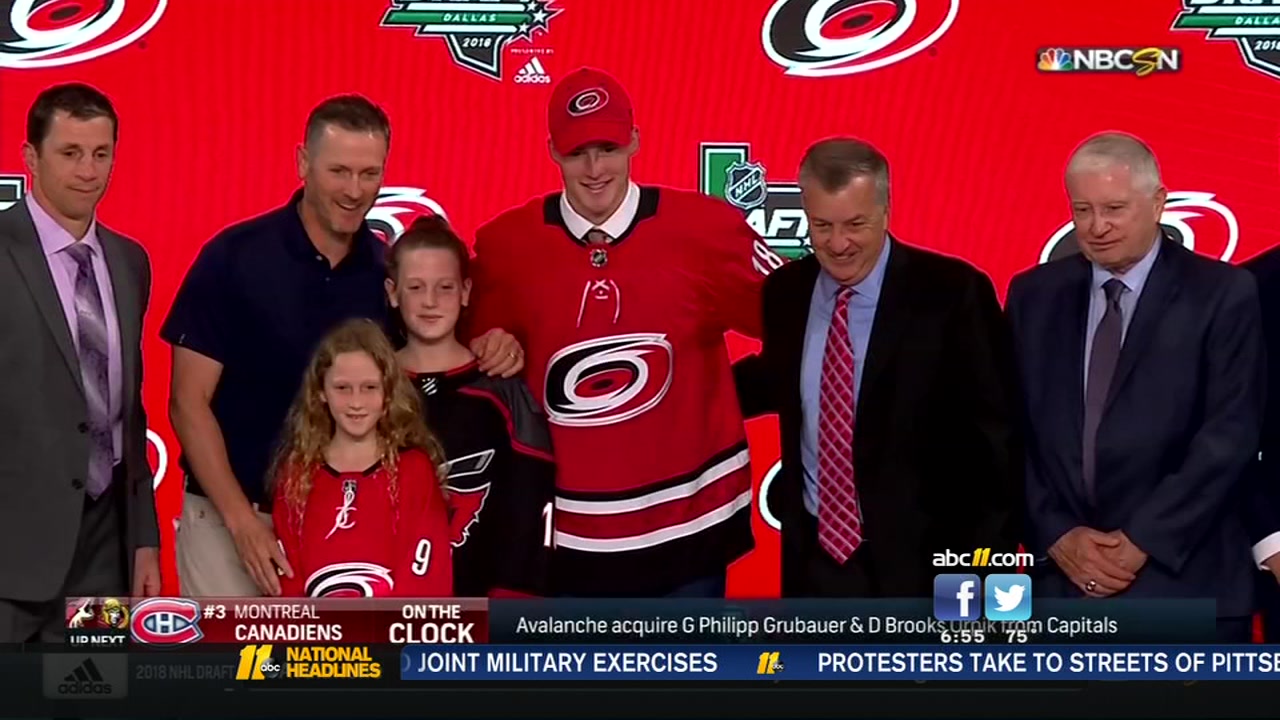 They had the 1800 seats in whole set-up and beforehand I was told they were hoping to get 1500 people.

Before the gates opened, the line snaked down the side of the bar, out onto the sidewalk, down Glenwood a block or two and then around another corner.

It was inexplicable enthusiasm for a team that's done nothing but disappoint for years. No fanbase in hockey has more right to not give a hoot at this point, but there they were- in line and eager.

Draft night is always fun with the uncertainty and the optimism, but there was a special electricity tonight. The number two pick.

This was just the fourth time in the franchise's NHL history that they'd picked that high.

Eric Staal was a number two pick back in 2003. We know how that turned out.

Picking second you get that rare chance to select stardom, and people lined up to get in because they sensed it might wind up being a historic night for the Hurricanes.

He should play next year.

The Canes are confident he'll blossom into a superstar.

Alongside Sebastian Aho, and the likes of Jaccob Slavin, Brett Pesce and crew, this looks like the foundation of a dynamic team for years to come.

Of course, it still has to happen on the ice. And they still need to find a competent goalie.

But on Friday night those worries were put aside for awhile and Canes fans got to be excited again. And that was pretty darn cool.
Report a correction or typo
Related topics:
sportsraleighcarolina hurricanesnhl
Copyright © 2020 WTVD-TV. All Rights Reserved.
More Videos
From CNN Newsource affiliates
TOP STORIES