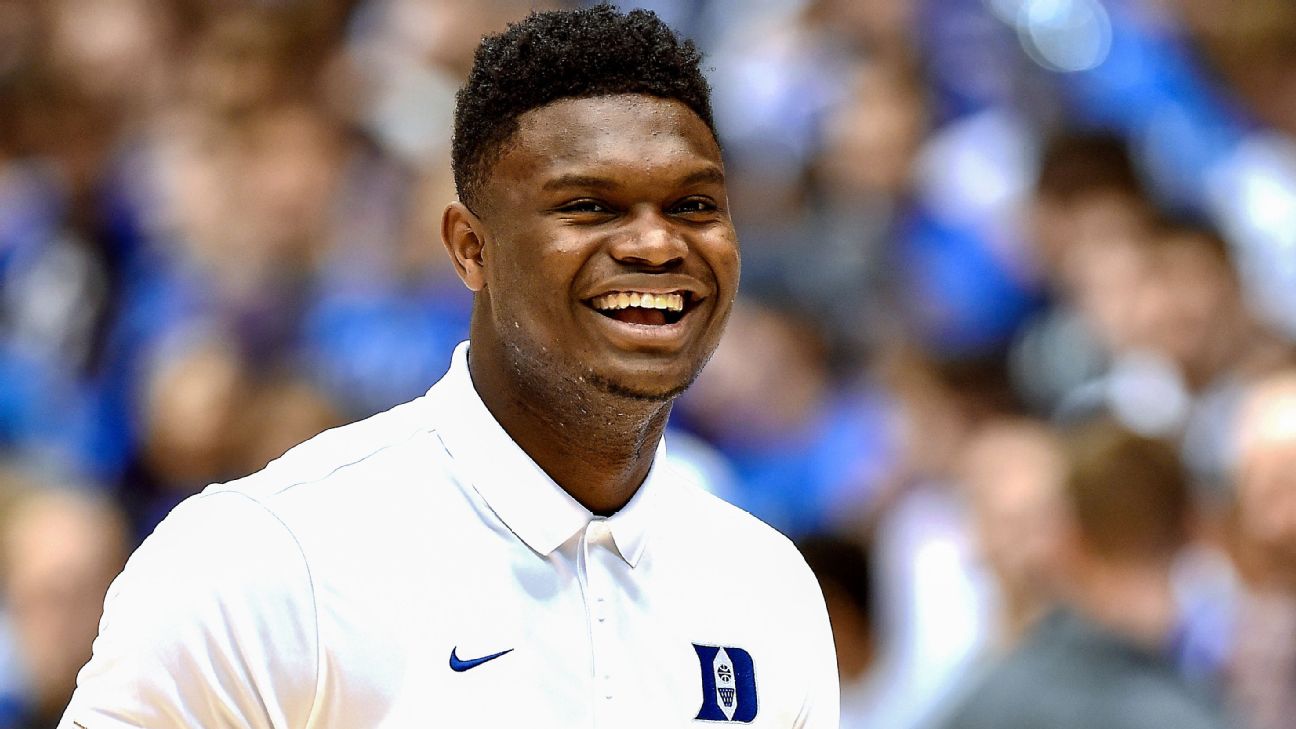 Duke phenom Zion Williamson likely played his final college game on Sunday in a 68-67 loss to Michigan State in the Elite Eight of the NCAA tournament. So what's next?

We've never seen a prospect quite like Williamson, whose combination of productivity, athleticism, competitiveness, skill and feel for the game makes him the runaway favorite for the No. 1 pick in the 2019 NBA draft. Combine that with his sheer star power, and it's easy to see why no other prospect is currently under consideration at the top -- regardless of which team wins the Zion lottery on May 14.

Williamson can sit tight until draft night after his freshman season, as he'll be under no obligation to prove anything before he hears his name called by NBA commissioner Adam Silver shortly after 7:30 p.m. ET on June 20. Picking an agent will be his camp's first line of business, though there's a chance that someone close to the family gains certification and negotiates his sneaker deal.

It's highly unlikely that Williamson will do more than a photo shoot at the facility of whatever team ends up with the No. 1 pick, as it's his call if he wants to submit to a medical examination for NBA teams. It's also up in the air if we'll see anything more than a token appearance from Williamson at the NBA combine in May, besides perhaps some media obligations.

Basically, since Williamson is such a clear top pick, fans can forget about seeing him with a basketball in his hand until NBA summer league in early July in Las Vegas.-- Jonathan Givony

Longer answer: Plenty of teams can convince themselves that they have some shot.

This is the first year with the new lottery rules, which make it much less likely that a league-worst team such as the Knicks lands the No. 1 pick -- and much more likely that a team in the middle jumps up.

Here are the new odds for the 14 lottery slots compared to the old ones:

With a little more than five games to go for each team, here are the projected lottery odds, via ESPN's Basketball Power Index.

These new odds are a big reason you don't see teams freaking out about every win down the stretch costing them a chance at such a talented prospect. This is going to be a massive toss-up.

The first step for Williamson's emerging marketing profile will be landing a massive sneaker endorsement deal. His star power and explosive game are expected to place him among the highest annual earnings for a rookie, right alongside the seven-year Nike deals that LeBron James signed for $87 million and Kevin Durant signed for $60 million.

As many as six brands will look to sign Williamson, including Nike, Adidas, Under Armour, New Balance, Puma and Anta. The expectation is that Williamson will sign his deal before the May 14 draft lottery, when the draft order will be set.

"In my lifetime, I think it's going to be the biggest bidding war ever done," former sneaker executive Sonny Vaccaro said. "I would put them all on go."

Vaccaro signed Michael Jordan at Nike in 1984 and later looked to offer James a $100 million contract at Adidas. Sources at multiple brands across the industry expect Williamson's deal to reach that astronomical tier. -- Nick DePaula

In February, I posed the question of who was the most recent college prospect who wasas promising statistically as Williamson. According to my consensus NBA draft projections, which utilized both the player's statistics translated to their NBA equivalents and where the player ranks in Givony's top 100, I found only Anthony Davis in 2012 ahead of Williamson in my database, which includes most top college prospects going back to 2003.

At that point, I speculated that Williamson might be able to pass Davis if he were able to play at the same level through Duke's remaining games. His knee injury prevented that possibility, and because Williamson's numbers were down a bit -- most notably on defense, on which he averaged just 1.8 steals and 1.0 blocks after returning, compared to 2.2 and 1.8 before his injury -- his projection slipped a small amount.

Nonetheless, Williamson will enter the draft as the best collegiate prospect since Davis by my projections.-- Kevin Pelton 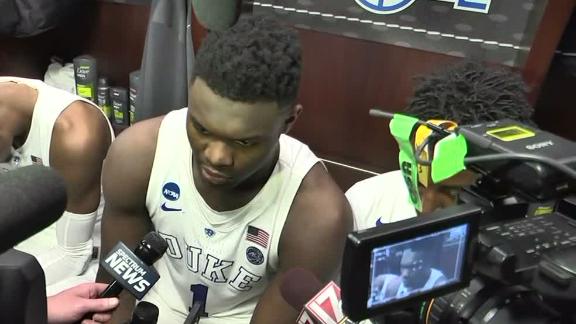 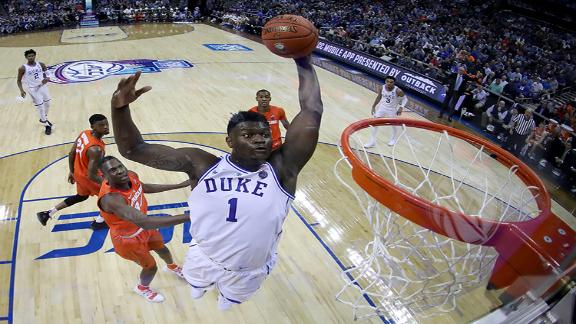