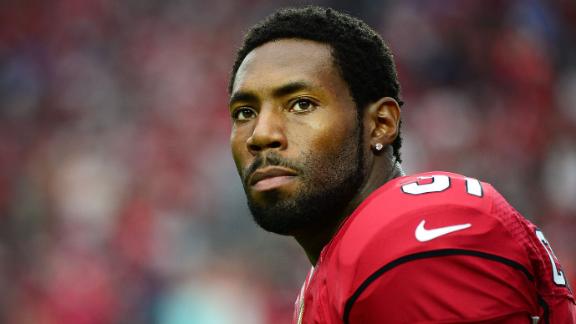 Two days after their blockbuster move for cornerback Darrelle Revis, the New York Jets are bringing back his former sidekick, Antonio Cromartie.

After two years apart, the Jets' cornerback tandem from 2010 to 2012 will be reunited.

On Wednesday night, Revis said he was planning to make a recruiting call to Cromartie, saying he wants the "Batman-and-Robin tandem" together again.

Cromartie took to Twitter on Wednesday to show his excitement:

The Jets are in the midst of a major overhaul to the secondary. They also have a deal with Buster Skrine, formerly of the Cleveland Browns, giving them three new starting-caliber corners.

The contracts for Cromartie, Revis and Skrine total $127 million.

Cromartie was attractive because of his familiarity with Todd Bowles, who coached him last season with the Arizona Cardinals. Cromartie's body type (6-foot-2) and press-man ability fit ideally into Bowles' system.

The Jets cut Cromartie in a cap move after a poor season in 2013. They tried to re-sign him, but he bolted for the Cardinals. The secondary -- without Cromartie and Revis (traded in 2013) -- was awful last year, allowing an AFC-high 31 touchdown passes.

Cromartie, who turns 31 on April 15, is coming off his fourth Pro Bowl appearance after finishing 2014 with 53 tackles and four interceptions, including the playoffs. He returned a fumble for a touchdown in Week 10 against the Rams.

In his only year with the team, Cromartie was part of a secondary that helped lead the Cardinals to their first playoff appearance since 2009.

When he signed a one-year deal with the Cardinals in March 2014, Cromartie was coming off a hip pointer in 2013 with the Jets. All signs last season pointed to Cromartie fully recovering despite a couple of nagging injuries.