WTVD
By Mark Armstrong
CHAPEL HILL, N.C. (WTVD) -- For 20 minutes last night, it looked like North Carolina and by extension, Tar Heel fans might get a respite from the gloom surrounding the program right now.

Up nine points at the half over Pittsburgh, victory No. 880 was in sight for Roy. Then it all went wrong in the second half. Missed shots, missed defensive assignments and to quote Ron Rivera - missed opportunities - led them down a now-familiar road to ruin.

Pittsburgh had lost 22 straight ACC road games. They beat Carolina at Carolina, dropping the Tar Heels to 1-3 in the conference, 8-7 overall.

That was only the 16th time in 35 seasons in the Smith Center that UNC has lost when leading at halftime. The Tar Heels are now 354-16 in such games.

Clemson and that incredible 59-0 streak now loom ominously on Saturday afternoon. The Tigers have had chances before, should've won before, but never have the Heels looked so ripe for plucking.

So what's wrong with the Tar Heels? Where to start?

I'll begin by siding with Roy when it came to those radio show comments about this being his "least gifted" team since returning to Chapel Hill. 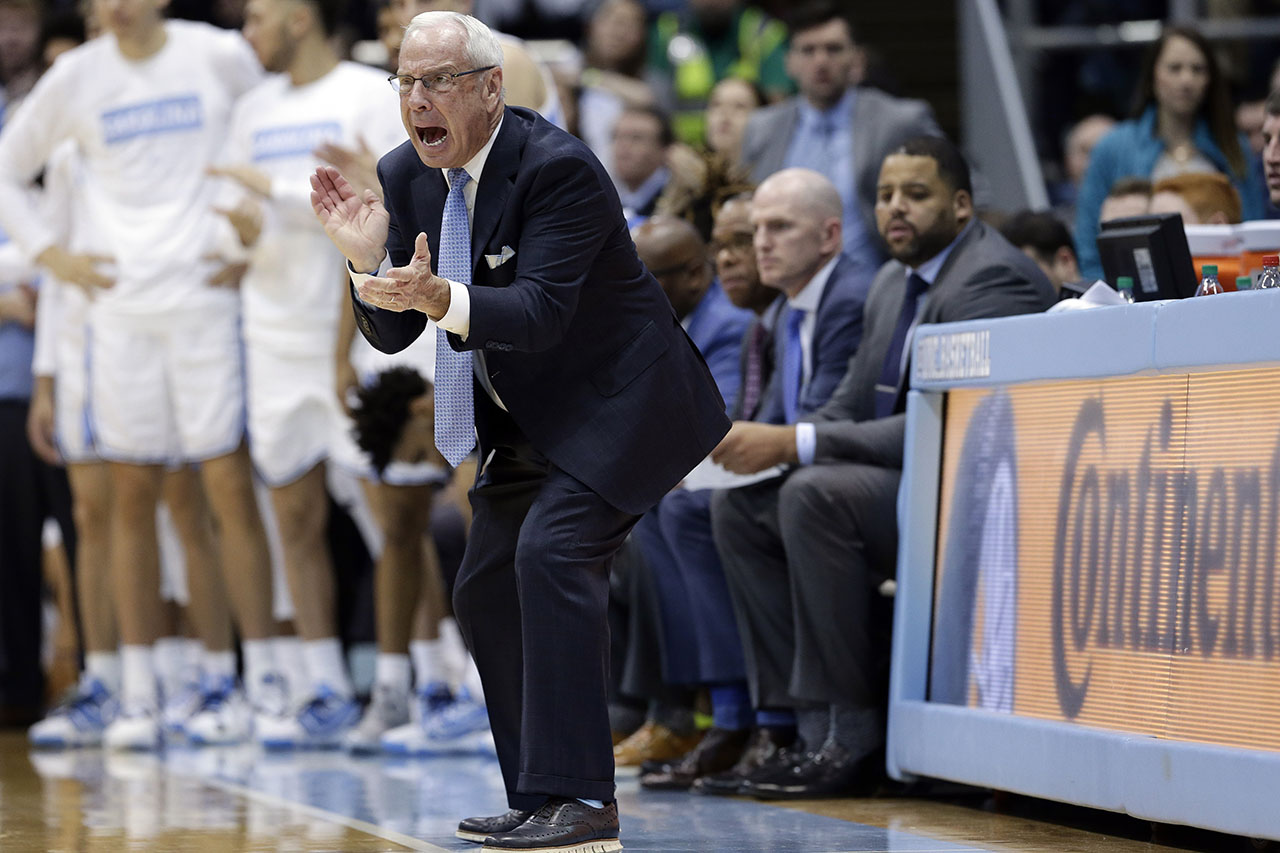 The context was, that being the fact, they need to perform as close to optimally every game out to have a chance. His assessment though is undeniably true.

By UNC standards, this is a pedestrian group of players. Role players forced into necessary prominence. Garrison Brooks is playing his best basketball, but he can't be your primary scorer. Likewise, Brandon Robinson is a good spot shooter, fourth-option type guy, but he cannot score at the amounts required right now. Leaky Black is well, limited. Further down the list are a bunch of guys that wouldn't look out of place at Elon -- or William and Mary, or Charleston Southern.

The complete whiff on both grad transfers is crippling as well. Justin Pierce has been at times serviceable, but for a formerly near 20 ppg scorer, Christian Keeling has been completely invisible. Whether that's confidence or the fact that he's not an ACC caliber player or just baffled in Roy's system is up for debate, but he's been a total dud so far, and this team needs both of them.

The freshmen speak for themselves. Cole Anthony wasn't the most efficient player, but he did pretty much everything as advertised before getting hurt.

Armando Bacot has been up and down (and injured), which is to be expected from a frosh big man. He can clearly be a force when he's on, but that's not always the case.

Well, Roy recruited those guys, you're likely saying right now, and that's absolutely true. Ultimately, the talent level is on him and the staff, but that doesn't make what he said not factual.

Lack of talent, however, doesn't explain losses to the likes of Wofford and Pitt and the blowouts suffered at the hands of several others.

I'd hypothesize that Roy's system is designed to be absorbed and perfected over a matter of years as a player. He's made a career of having talented upperclassmen with years in the program on his bench. 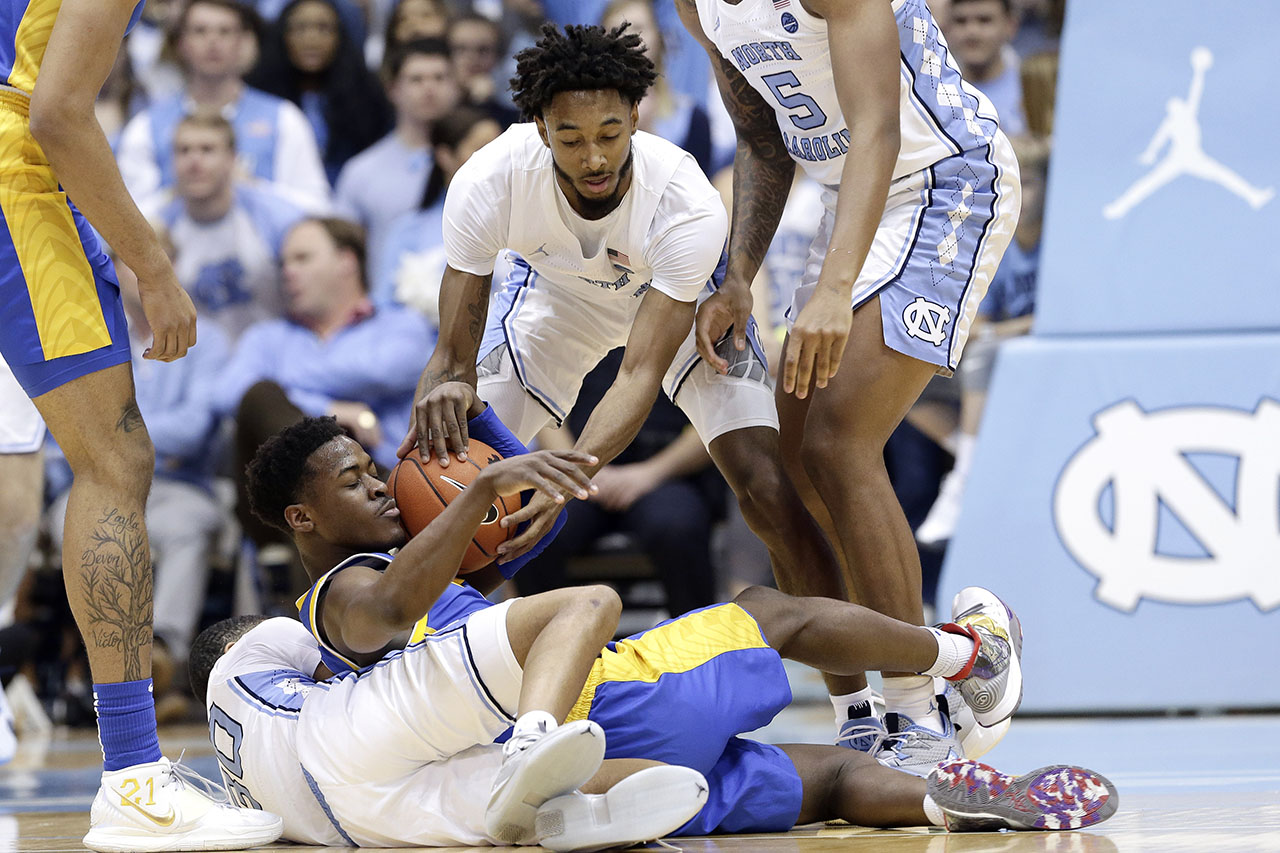 The exceptions to that rule are the many dynamically talented primary ball-handlers that have come through that can flourish right away. Cole this year, Coby last, on down to Raymond Felton.

For the rest of the wings and big men, it's a learning process. An often bumpy one. We're seeing that play out this year with the youth of the team and the transfers. They are still in training wheels relatively speaking.

Couple that with relatively low talent level and you've got the train wreck we're currently seeing.

This concept of "BAD" spacing (players bunched together) potentially being GOOD for an offense has been a big thing for Roy Williams' offense at UNC. Clips and explanation of their bad/good freelance motion spacing (sound on 🔊)

The volume of injuries speaks for itself. Losing your best player is a killer. Losing several other supporting pieces doesn't help.

Still, it's on the coaches to figure out how best to utilize the assets available to them. There are some similarities here to what NC State football went through this season. Losing is one thing, getting blown out and vastly underperforming is another.

As brought to attention by @dadgumboxscores...

The most glaring thing watching this team is its total inability to shoot. Exacerbating that issue is that too often the clanks at one end wind up as easy buckets at the other. As Roy said the other night, he needs to make sure his team doesn't start feeling sorry for themselves. That's something you can often see in real time during the games.

Until Anthony comes back, there are no real solutions for any of these issues. Saturday could be the day that UNC players and fans have dreaded for decades.
Report a correction or typo
Related topics:
sportschapel hillunc tar heelsunc basketball
Copyright © 2020 WTVD-TV. All Rights Reserved.
More Videos
From CNN Newsource affiliates
TOP STORIES