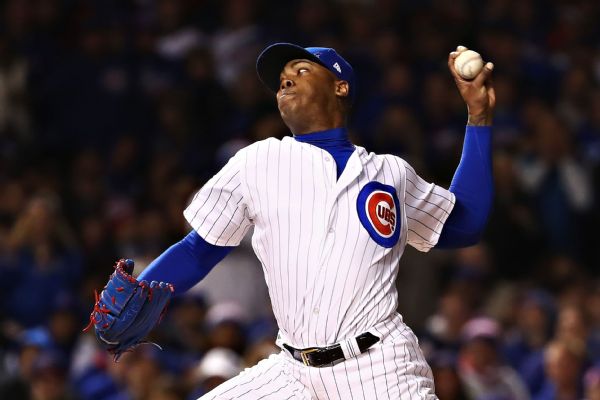 Aroldis Chapman wants a six-year deal and says the Chicago Cubs haven't shown interest in bringing him back.

Speaking to ESPN's Marly Rivera on the phone, Chapman said that the only thing he has asked for in negotiations is the term of his next deal.

"The only thing I have expressed that I would like is a six-year contract," the left-hander said. "I know that doesn't mean that I will get it, but that's what I would like to sign. There are rumors out there that I requested $100 million, and that's not true at all. I believe that if you deserve something, you don't ask for it."

Chapman has not had direct communications with teams yet.

"I have not had any meetings yet," he said. "My agents are the ones working on that. I expect to have some meetings this week."

Chapman, who routinely throws over 100 mph and who tied his own record last season by throwing a pitch 105 mph, doesn't think that one of those meetings will be with the Cubs.

"The Cubs have never expressed any interest in re-signing me, as far as I know," he said.

TheNew York Yankeestraded Chapman to the Cubs in July for a package of minor leaguers that featured shortstop Gleyber Torres. In 28 games after the trade, Chapman had a 1.01 ERA and 16 saves.

In Game 7 of the World Series against the Cleveland Indians, Chapman gave up three runs (two earned) in the eighth inning that tied the game, but he threw a scoreless ninth and the Cubs rallied in the 10th to win their first title in 108 years.

Chapman, 28, spent the first six years of his career with theCincinnati Redsbefore being traded to the Yankees in December 2015. The Yankees are rumored to be interested in Chapman, but the Miami Marlins are also thought to want to make a run at a premier closer.

"The attraction to him is we know he can pitch in New York and there is no draft pick attached," said Yankees GM Brian Cashman. "Then it just comes down to money and terms. We will compete to a certain level and then we'll see if that is good enough. If it is not, that is why we are staying in contact with all of them." 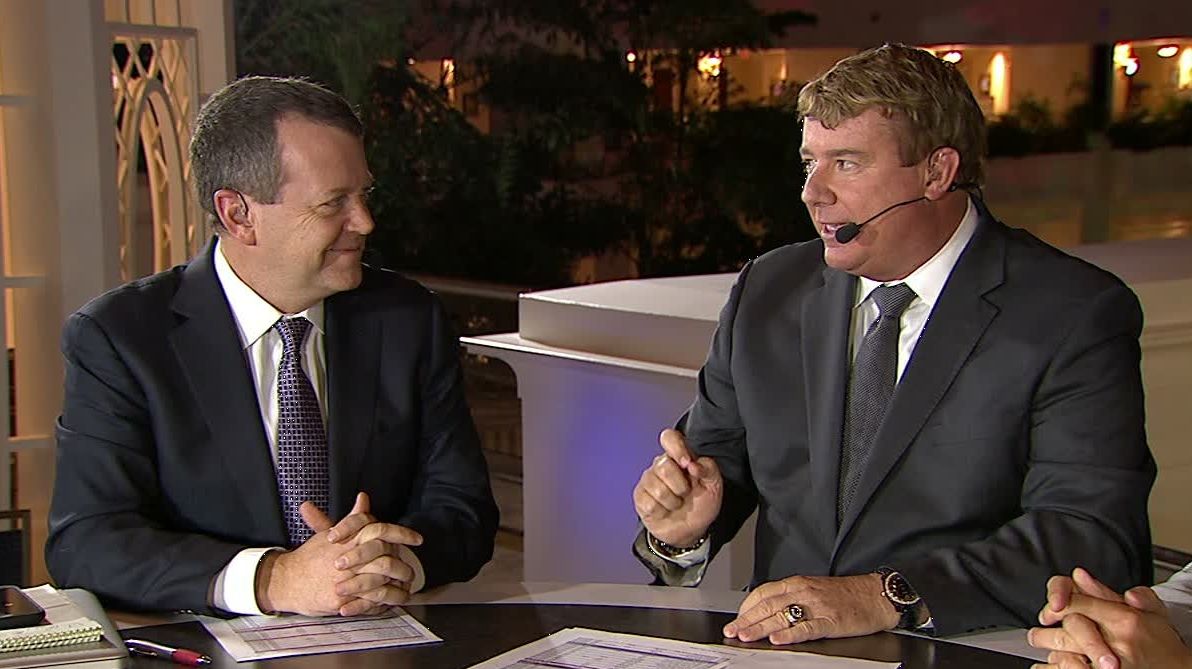