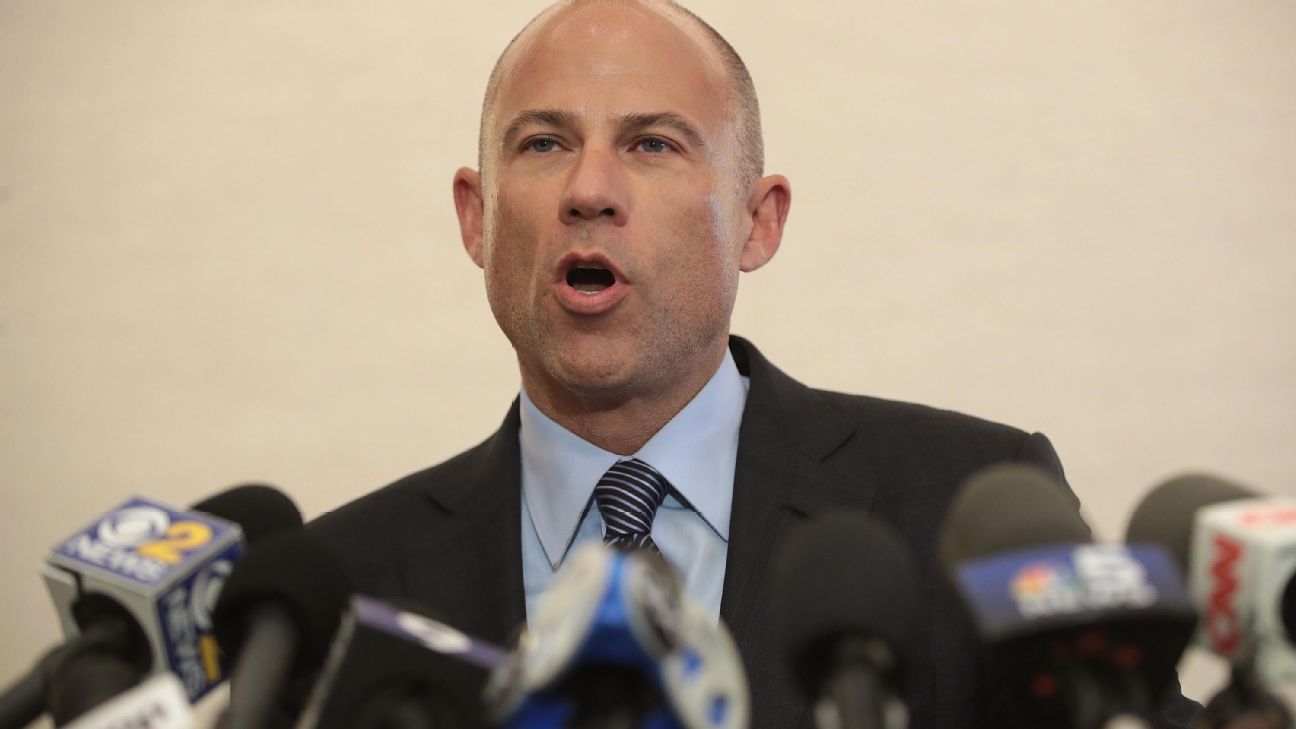 Attorneys representing lawyer Michael Avenatti filed a court motion on Wednesday that alleges that a Nike employee at least approved under-the-table payments to former Duke star Zion Williamson and ex-Indiana star Romeo Langford when they were still in high school in February 2017.

The alleged offers -- $35,000 or more for Williamson and $20,000 for Langford -- were purportedly discovered among "text messages, e-mails and other documents from 2016-17 ... proving that Nike executives had arranged for and concealed payments, often in cash, to amateur basketball players and their families and 'handlers,'" according to the motion filed in U.S. District Court in New York.

"Nike will not respond to the allegations of an individual facing federal charges of fraud and extortion," Nike said in a statement. "Nike will continue its cooperation with the government's investigation into grassroots basketball and the related extortion case."

Avenatti was arrested and charged by federal prosecutors in March with attempting to extort up to $25 million from Nike by threatening to expose the shoe company's alleged improper payments to high-profile players in its grassroots basketball league, the EYBL.

Avenatti has pleaded not guilty, and on Wednesday his lawyers asked a federal judge to dismiss the charges on grounds of vindictive and selective prosecution.

"The evidence shows I should have never been arrested, let alone charged," Avenatti told ESPN on Wednesday. "I was targeted. Nike, Zion, Duke and many others have a lot of explaining to do."

Among the allegations included in Avenatti's motion to dismiss:

Nike EYBL manager Jamal James texted EYBL director Carlton DeBose and Nike recruiting coordinator John Stovall in February 2017, asking whether they would be "willing to do ... whatever may be needed for the Zion/Romeo situations as well as the money we're now going to do for the [unnamed] kid in Michigan."

According to the motion, Stovall responded:

"Debose allegedly responded that he was willing to pay Langford, Williamson and the unnamed player a total of $70,000 and that they should 'stay aggressive' while he got 'creative' with the budget," according to the motion.

Stovall later informed James and DeBose that they had "not presented our new offer" to Williamson but agreed that it was not a good idea "to put it in print."

An EYBL coach expressed concern to Nike executives about players and family members being paid by the shoe company and said he couldn't "see how this ends well for Nike or the EYBL. Some of us will be deemed guilty by association; others will be found guilty of failure to supervise."

DeBose told Nico Harrison, Nike's vice president of North America basketball operations, that he was "willing to bet that 38 of the 40 teams in the EYBL had to pay a moderate to considerable ransom to families just to play in the EYBL. Of these approximate 38 teams these arrangements are being viewed as a contract by the families and players."

Rachel Baker, a Nike executive who led event strategy for the EYBL, allegedly expressed concern to a colleague about carrying large amounts of cash through airport security and indicated that she would lie and "just say I just sold my car" if she was stopped by security.

Debose acknowledged in an exchange of text messages with an unnamed assistant coach at Kentucky that Nike was "funneling payments to high school players through at least 10 different EYBL coaches."

The motion included references to emails, text messages and other documents, but those were not attached to the motion to dismiss. A footnote said they would be filed "as soon as the parties resolve any possible redactions to the exhibits pursuant to the protective order."

According to the federal complaint, Avenatti threatened to hold a news conference on the eve of Nike's quarterly earnings call and the start of the NCAA men's basketball tournament, at which time he would announce allegations of misconduct by Nike employees.

Avenatti represented Gary Franklin, a former coach of the California Supreme of the EYBL. Franklin's former players include NBA players Deandre Ayton (who played at Arizona) of the Phoenix Suns, De'Anthony Melton (USC) and Solomon Hill (Arizona) of the Memphis Grizzlies, Aaron Holiday (UCLA) of the Indiana Pacers, and Bol Bol (Oregon) of the Denver Nuggets.

The motion alleges that DeBose directed Franklin to make multiple payments to people associated with amateur players, including $30,000 to Ayton's handler, Mel McDonald; $15,000 to former UNLV star Brandon McCoy's handler, Shaun Manning; $10,000 in cash and travel expenses to Ayton's mother and family; and more than $42,000 to McDonald once he was working with Bol.

"Nike executives directed Coach Franklin to submit false invoices to Nike to disguise the payments as travel expenses and sponsorships for 501 (c) (3) organizations," the motion says. "Coach Franklin was forced out by Nike executives when he no longer felt comfortable going along with their scheme."

In early 2018, according to the motion, Franklin sought advice from Jeffrey Auerbach, an entertainment industry executive and consultant in California.

On Feb. 6, 2019, Auberbach allegedly contacted Nike executive vice president John Slusher and advised him that there were "ongoing corruption and illicit schemes being carried out by DeBose and James." Slusher referred Auberbach to Nike's outside counsel given the "seriousness of the matters you raised and how serious we take these situations," the motion says.

According to prosecutors, Avenatti demanded Nike pay Franklin $1.5 million to remain silent regarding any claims the coach might have about Nike's alleged payments to top players and their families and said Nike had to hire Avenatti and Geragos to conduct an internal investigation, with the stipulation that if the company hired another firm to conduct the inquiry, it would have to pay Avenatti and Geragos "at least twice the fees of any other firm hired."

"At the end of the meeting, Avenatti and [Geragos] indicated that Nike would have to agree to accept those demands immediately, or Avenatti would hold his press conference," the complaint said.

In the motion Wednesday, Avenatti's attorney wrote that he proposed a settlement that included Nike paying $1.5 million to Franklin for damages and the shoe company conducting a thorough internal investigation led by Avenatti and Geragos.

"Mr. Avenatti told Nike's counsel that, 'whatever the investigation costs, it costs,'" the motion said. "At no point did Mr. Avenatti promise to 'cover up' Nike's misconduct in exchange for payments." 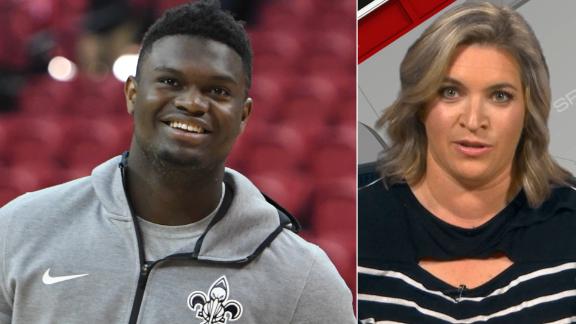 Shelburne: Zion went for the 'blue chip stock' in Jordan deal
Ramona Shelburne says Zion Williamson can't get any bigger in the shoe industry than signing with the Jordan Brand. 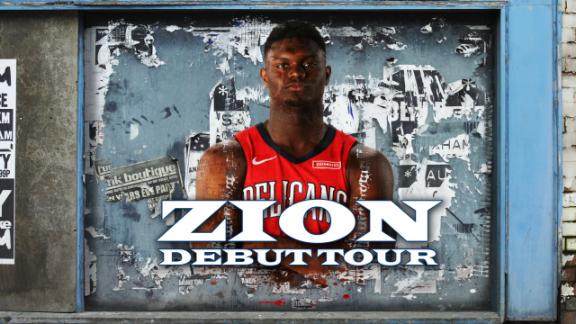