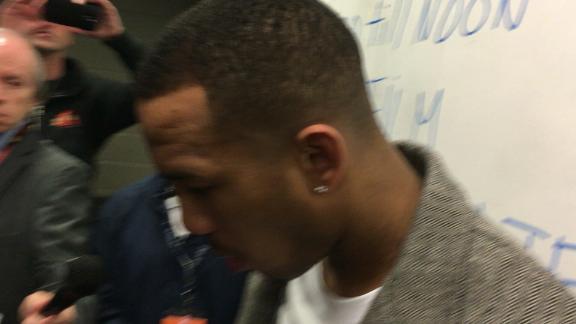 ATLANTA -- Boston Celtics shooting guard Avery Bradley suffered a strained right hamstring in the fourth quarter of his team's102-101 loss to the Hawkson Saturday night in Game 1 of their Eastern Conference first-round series.

Although he expressed a desire to return for Tuesday's Game 2, Bradley said he will undergo further testing Sunday to determine the full extent of the injury.

Celtics coach Brad Stevens said Bradley heard a pop after landing awkwardly while defending a layup attempt by Hawks guard Jeff Teague with seven minutes remaining in the fourth quarter. Bradley said he "felt weird" after landing and collapsed to the ground clutching his hamstring while trying to run back up the court.

Bradley was tended to by Boston's medical staff on the floor. Then he needed to be helped off the court. He finished with 18 points in 33 minutes.

Inside the Celtics' locker room, Bradley had his entire hamstring wrapped. He needed assistance to put on his pants and socks.

"I saw Avery. He's very, very sore, and he said on the court that he heard a pop," Stevens said. "I don't know if that is something -- if he got hit or what. So we'll see. I think that he will be treated and everything else. We'll see."

While Bradley was his typical optimistic self -- "I'll be fine once I get some treatment. I know Ed and those guys, they'll do a great job trying to get me back as soon as possible," he said -- his teammates seemed far more concerned about the possibility of navigating the rest of this series without him.

Jae Crowder was next to Bradley when he fell to the floor, and Crowder pounded the scorer's table in obvious frustration when he checked on his prone teammate.

Asked about Bradley's status after the game, Crowder said, "A hamstring is nothing to play with. He's a fast type of guy, so he needs his hamstrings as much as possible. I don't know how serious it is.

"We took one with Avery. The rest of those guys will be able to play, but we don't know about Avery. We have a great medical staff and we'll handle that as appropriate, but the other guys will be fine."

Celtics guard Marcus Smart sprained a finger on his left hand in the first half but was spectacular in aiding Boston's rally from a 17-point halftime deficit. Big man Kelly Olynyk had a sore right shoulder and did not play late in Saturday's game. It's the same shoulder that sidelined him for a month before he returned in March.

The Celtics likely will lean more heavily on Smart and Evan Turner if Bradley is unable to play.

"Hopefully [Bradley is] all right," Turner said. "We don't really know too much what it is yet. If he can play, he'll be out there and play. If not, we'll have to step up." 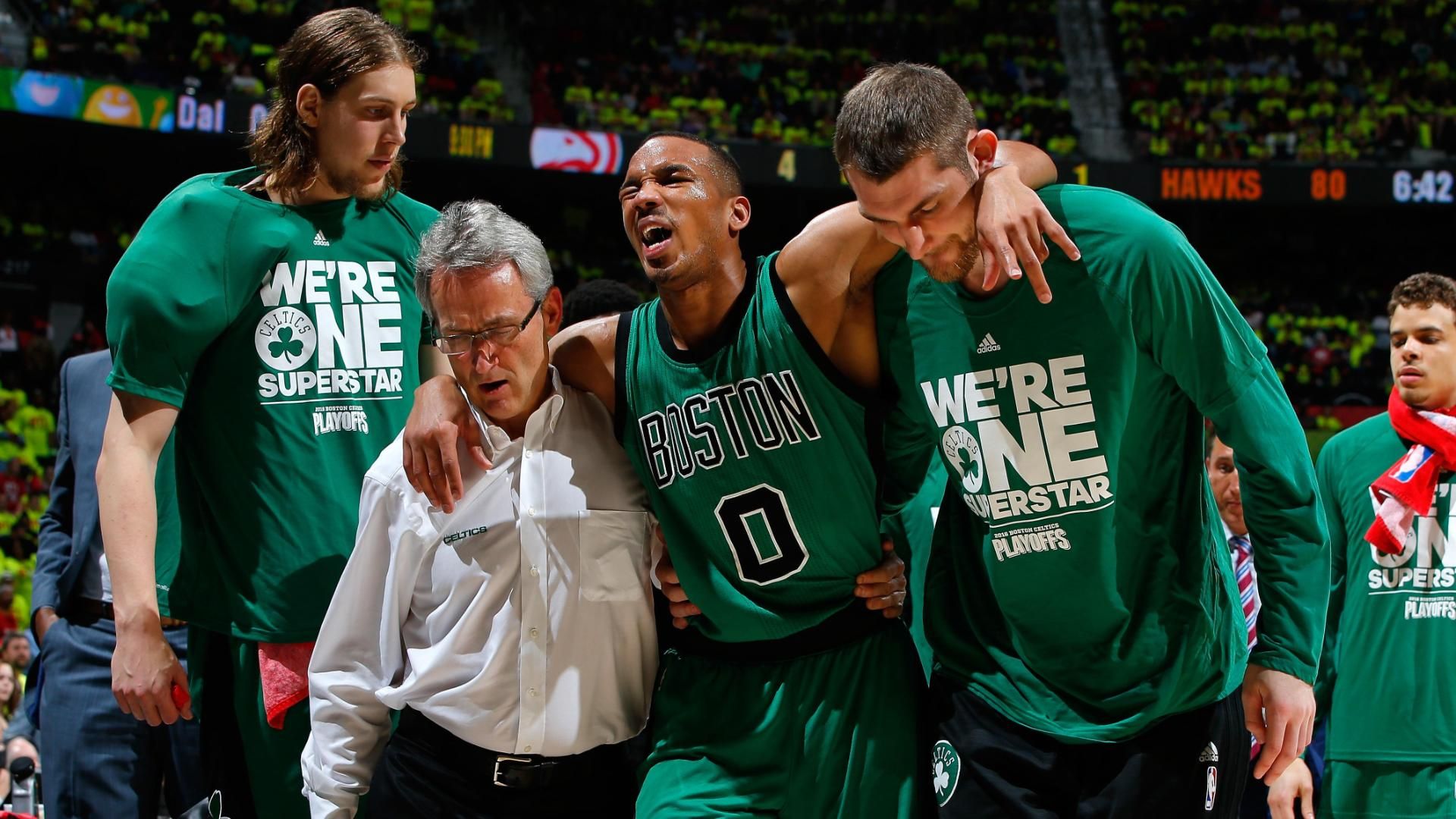