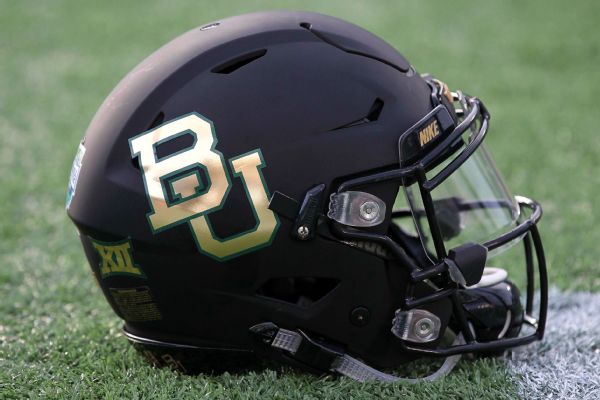 Baylor has fired newly hired assistant strength coach Brandon Washington after he was arrested in a Waco prostitution sting.

McLennan County (Texas) Sheriff Parnell McNamara says deputies arrested the 33-year-old coach at a Waco-area hotel on a prostitution solicitation charge, a Class B misdemeanor punishable by up to 180 days in jail and a $2,000 fine. A Baylor spokesperson said in a statement that Washington's employment was immediately terminated that day.

Washington had been recently hired after previously working for new Baylor football coach Matt Rhule at Temple for the past three years. According to the school, Washington passed a criminal background check before his hiring.

"When we arrived at Baylor, we made a commitment to character and integrity in our program," Rhule said in a statement. "Brandon's actions are completely unacceptable. We will not tolerate conduct that is contradictory to these values."

Rhule was hired in December to help reform Baylor's football program in the midst of the university's ongoing sexual assault scandal that resulted in the firing of former coach Art Briles and the departures of athletic director Ian McCaw and president Ken Starr.

Washington's firing comes after sources told ESPN's Outside the Lineslast week that the NCAA is casting a wide net to determine what NCAA rules might have been violated during Baylor's sexual assault scandal.

The NCAA is also asking whether Baylor players might have been provided improper recruiting inducements and other illegal benefits while playing for the Bears, according to the sources.

Big 12 commissioner Bob Bowlsby, meanwhile, didn't pull punches Friday while speaking to ESPN during an appearance at a regularly scheduled conference board meeting in Dallas.