ESPN
Baylor kept its firm hold on No. 1 in the Associated Press Top 25 men's college basketball poll, with few changes at the top and no new teams entering the rankings Monday.

The reigning national champion Bears earned all 61 first-place votes for the third time in four weeks to easily outdistance No. 2 Duke. That comes after Baylor (13-0) won its Big 12 opener on the road against then-No. 8 Iowa State, marking its 19th straight win going back to last year's title run in the Indianapolis bubble.


The Blue Devils (11-1) remained in place for the fourth straight week behind the Bears. They haven't played since Dec. 22 after having to postpone two Atlantic Coast Conference games due to COVID-19 protocols.

Purdue, Gonzaga and UCLA rounded out the top five, followed by Kansas and USC in an unchanged top seven. It represented a poll with few major moves and a reshuffling of the same 25 teams from last week.

Nine teams moved up in the poll, led by No. 8 Arizona moving up one spot and No. 9 Auburn moving up two to crack the top 10 for the first time this season.


Providence tied Kentucky for No. 16 after making the week's biggest jump of five spots, while No. 15 Alabama jumped four sports.

No. 24 Seton Hall took the biggest tumble, falling nine spots after Big East losses to Providence and No. 19 Villanova. 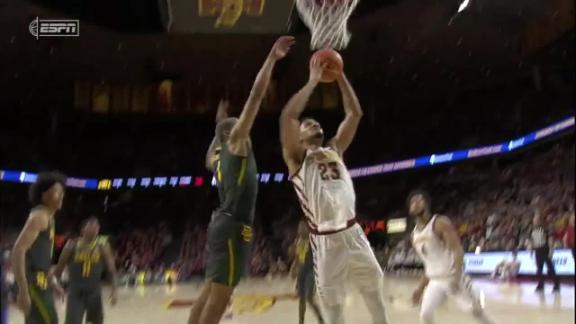