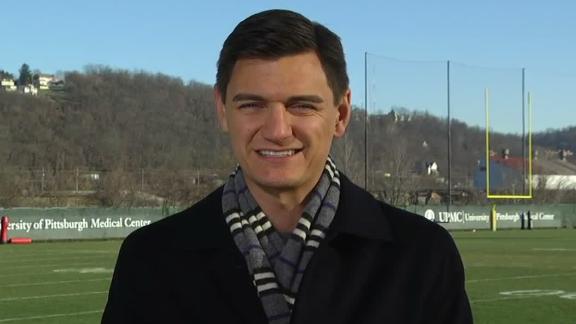 Time to get tough for Saturday's AFC wild-card game in Cincinnati.

Bryant and Roethlisberger haven't been on the same page the past two games. After 48 catches for 759 yards and seven offensive touchdowns in his first nine games, the normally explosive Bryant finished with two catches for six yards in his final two. A source said Bryant strained his neck during the first quarter of the regular-season finale in Cleveland while making a tackle after Roethlisberger's pass intended for Bryant was intercepted. He left the Cleveland game and did not return but should be good for Saturday's matchup.

Steelers coach Mike Tomlin said Bryant missing practice time last week because of an illness affected his preparation leading into Cleveland, but he is looking forward to this week's practices "with Martavis and everyone else."

In last season's wild-card loss to Baltimore, Bryant recorded five catches for 61 yards and a touchdown.