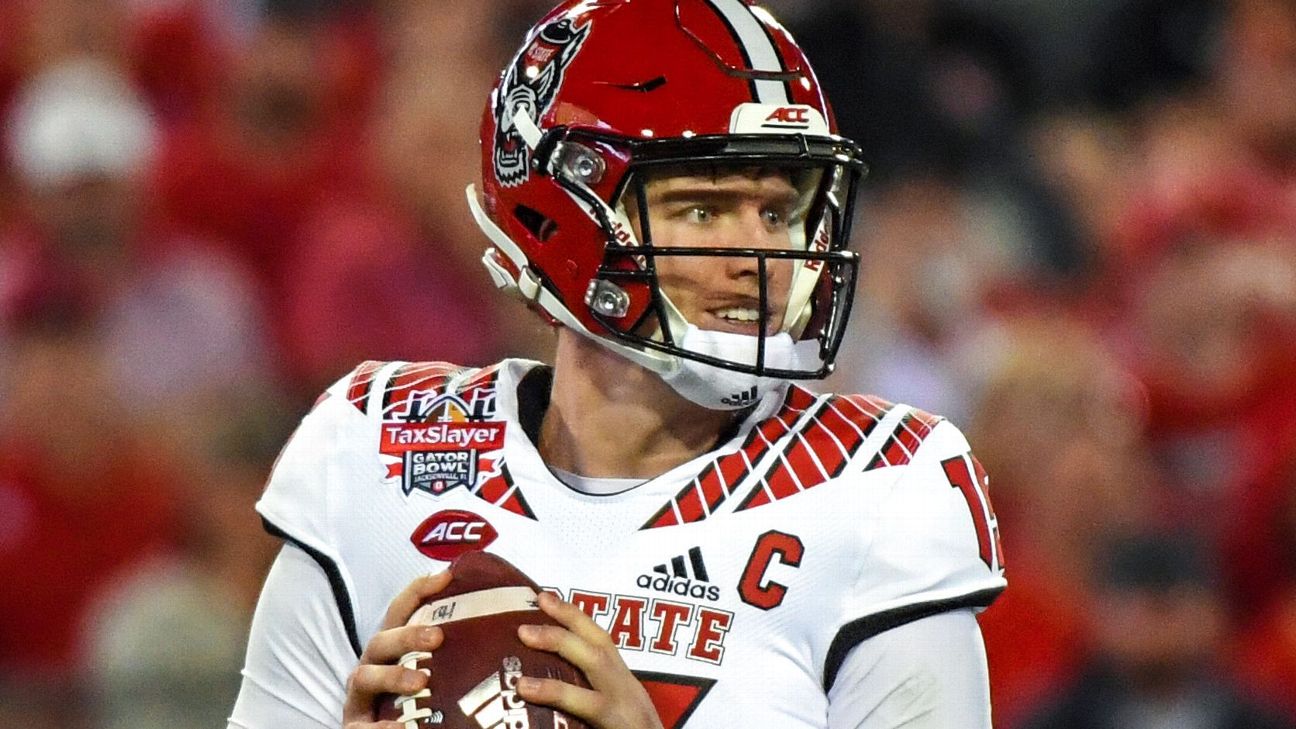 ESPN
By Katherine Terrell
The Cincinnati Bengals traded up in the fourth round of the NFL draft to selectNC Statequarterback Ryan Finley on Saturday.

With veteran starterAndy Daltonhaving several up and down years in Cincinnati, along with a new coaching staff, there was speculation the Bengals would select a quarterback -- the team was linked to Ohio State's Dwayne Haskins in several mock drafts -- in the first round.

The Bengals passed on several quarterbacks during the first three rounds before aggressively moving up to get Finley on Saturday. He was the only quarterback the team brought in for a visit, dining with several Bengals coaches earlier in the spring.

Cincinnati has not yet committed to a new contract for Dalton, who has two years left on his current deal. However, they can get out of it at any time with no dead money.

This will be a key year for Dalton, who the team believed was playing well last September before a rash of injuries decimated the offense. The Bengals didn't entertain any trade offers for him and entered the draft with the idea that he remains their starter for this season.

This is not the first time the Bengals have added a quarterback in the Dalton era. They drafted AJ McCarron in the fifth round of the 2014 draft. While the Bengals thought highly of McCarron, he was never more than a backup in Cincinnati, receiving his most playing time when Dalton was injured during the 2015 season.

Jeff Driskel is the current backup and started five games last season after Dalton was injured. He completed 59.7% of his passes for 1,003 yards, 6 touchdowns and 2 interceptions. He was no sure thing to stay during the transition to a new coaching staff and, with the addition of Finley, his spot could be in jeopardy unless the Bengals choose to keep three quarterbacks.
Report a correction or typo
Related topics:
sportsespncincinnati bengalsnflnfl draftnc state wolfpack
Copyright © 2020 ESPN Internet Ventures. All rights reserved.
More Videos
From CNN Newsource affiliates
TOP STORIES