Bill Self: 'We allowed it to happen' 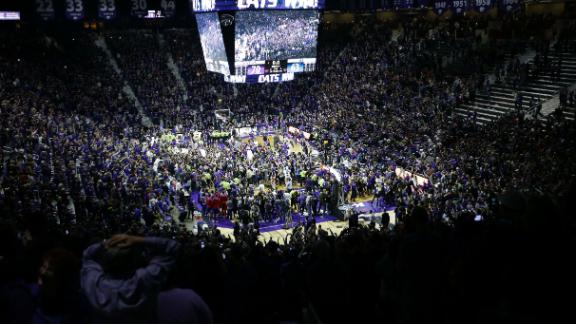 MANHATTAN, Kan. -- After failing to keep an eight-point lead in a loss to their biggest rival, coach Bill Self and theKansas Jayhawksfaced an even tougher challenge Monday night.

Getting back to the locker room.

After a sea of students and fans flooded Kansas State's floor following a 70-63 victory over the eighth-ranked Jayhawks, Self found himself crushed near the scorer's table.

He needed the help of Kansas State counterpart Bruce Weber just to escape the jubilant melee.

In the scrum, Kansas assistant coachKurtis Townsend appeared to subdue a rowdy fan by securing him in a brief headlock. In video posted to social media, a man resembling Townsend can be seen spinning and pushing the fan away from Jayhawks players:

In other video, several students appeared to intentionally jump into Kansas players, and a fan can be seen running across the court and slamming into Kansas forward Jamari Traylor with a hard shoulder to the junior's shoulder, knocking him off-balance before the fan is quickly grabbed by someone else.

"That's disappointing that happened again, but we also allowed it to happen again," Self said of the fans storming the court, which also happened when the Wildcats beat the Jayhawks last season.

It was more than just a happy pileup, though.

"It's a ballgame," Self said. "It's not about chicken-winging somebody when the game's over. Hopefully, they can get that corrected. It's fine if you want to celebrate when you beat us, that's your business. That's fine. But at least it shouldn't put anybody at risk from a safety standpoint."

Weber was quick to apologize for the aftermath of the win.

"I love the students, and it's a cool thing to be part of that," he said, "but you also have to be careful of making sure no one gets hurt."

Kansas State said in a statement that per Big 12 policy it would "review the end of the game situation and report on our security procedures."

"You're asking for big problems," Self added in his postgame news conference, according to The Kansas City Star. "Because somebody's going to hit a player, and the player's going to retaliate, and you're going to have lawsuits and cases, and it's just not right. There's just no place to be unsafe. If you do it, at least do it around center court. Don't do it at the other bench."

Weber said he had shown his team a video of last year's victory over Kansas -- complete with the court storming -- as motivation.

"I said, 'You can have your own special moment,'" Weber recalled.

Information from The Associated Press and ESPN.com senior writer Andy Katz was used in this report.

Time To Stop Storming The Court
Brad Daugherty discusses Kansas State fans storming the court after the Wildcats' win over rival Kansas and says it is a dangerous situation that needs to stop. 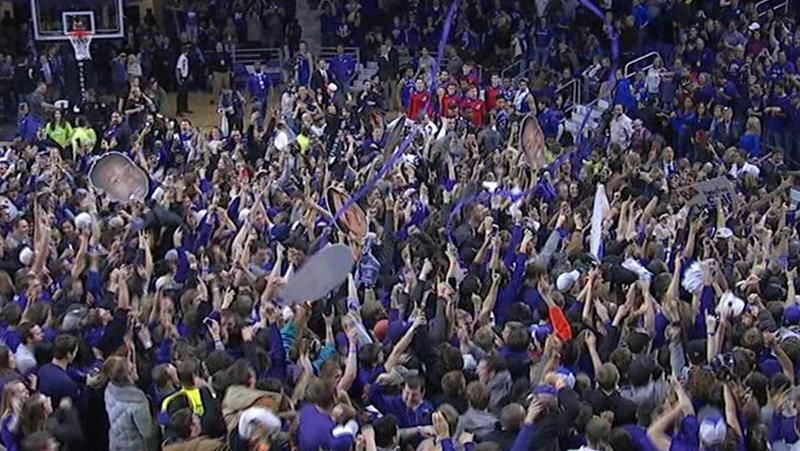 A Manhattan Storm
Kansas State students stormed the court after the Wildcats upset the Kansas Jayhawks 70-63. 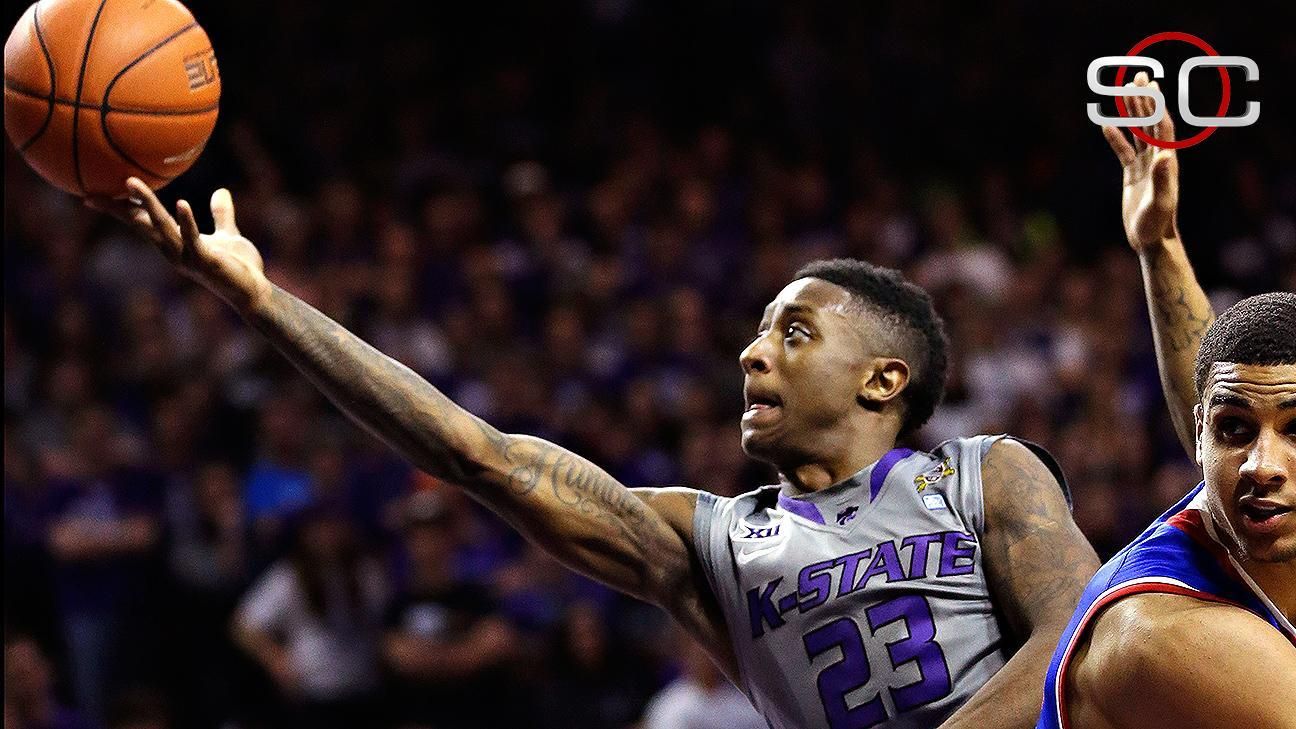