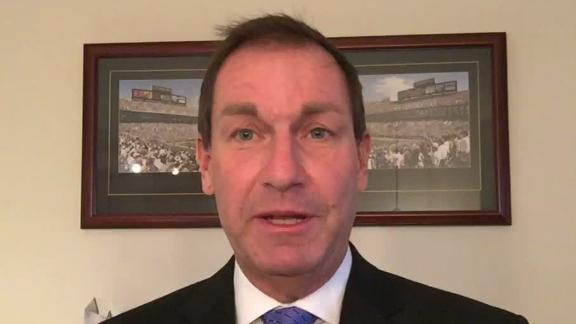 ORCHARD PARK, N.Y. -- In a deal that was completed minutes before the NFL's trade deadline Tuesday, the Carolina Panthers dealt top wide receiver Kelvin Benjamin to the Buffalo Bills for a third-round pick and a seventh-round pick in the 2018 draft.

The third-rounder is the Bills' original selection, not the one the franchise acquired from the Philadelphia Eagles in a separate deal. The seventh-rounder was acquired in a July trade with the Los Angeles Chargers for quarterback Cardale Jones.

"You're always looking to make a move to win today and to win tomorrow, and I think this answers both of those," Bills general manager Brandon Beane said in a news conference Tuesday evening.

Panthers interim GM Marty Hurney told ESPN's David Newton that the Bills reached out to Carolina and expressed interest in Benjamin. Beane and Hurney have a long-standing working relationship that began when both joined the Panthers in 1998 and continued through 2012, when Hurney was fired by Carolina and replaced by Beane as interim GM.

"Marty and I talk every so often," Beane said Tuesday. "We spoke a little bit [Monday] and then this morning via text. But I really didn't sense at practice [Tuesday afternoon] that anything was going to go down. And then we did circle back up around 2 [p.m.] and again around 3:25, and it got serious by 3:40, knowing we had 20 minutes to agree on the deal."

The Panthers were willing to part with Benjamin because it eliminates some redundancy on the field with Benjamin, who is 6-foot-5, andDevin Funchess, who is 6-foot-4 with a similar skill set and now moves into Benjamin's role as the No. 1 receiver. The Panthers also want to get faster receivers such as Russell Shepard, rookie Curtis Samuel and Kaelin Clay on the field more.

Benjamin provides the Bills with a big, deep target for quarterback Tyrod Taylor as they look to end a 17-year playoff drought and advance to the postseason for the first time since the 1999 season. At a surprising 5-2, the Bills entered Week 9 with a 61 percent chance of making the playoffs, according to ESPN's Football Power Index.

Currently, tight end Charles Clay-- who has not played since Oct. 8 because of a knee injury -- leads Buffalo in receiving yards with 258. Bills wide receivers have caught 45 passes for 594 yards, the lowest totals for that position group in the NFL.

The Bills' decision to add Benjamin comes less than three months after they traded previous top wideout Sammy Watkins to the Los Angeles Rams. Without Watkins, the Bills have used Jordan Matthews and Zay Jones as their top wide receivers, with Andre Holmes and Deonte Thompson also seeing time.

Beane said he believes Benjamin will add "size and experience" to the Bills' offense.

"When he's covered, he's still open," Beane said. "If you watch a lot of his catches, he's outsizing [the defender]."

It is unclear if Benjamin will play in the Bills' game Thursday night at the New York Jets. Beane said he would leave that decision up to coach Sean McDermott and offensive coordinator Rick Dennison.

Beane said Tuesday he was "deeply involved" with scouting Benjamin as a prospect for the 2014 draft, and that as assistant general manager he was "part of the team" that drafted Benjamin with the No. 28 overall pick. Dave Gettleman served as Panthers general manager at the time, before he was fired in July and replaced by Hurney on an interim basis.

"I know him well," Beane said of Benjamin. "He'll fit in well with the guys that we have here.

The Panthers would have had to make a decision on a long-term deal after the season for Benjamin. In May, Carolina exercised the fifth-year option in Benjamin's rookie contract, which will pay him $8.5 million in 2018. That amount is currently guaranteed for injury and will become fully guaranteed if he remains on the Bills' roster in March.

"Once we obtain this contract, we can renegotiate at any point to extend him, if we choose to do so," Beane said.

Benjamin, 26, has 32 catches for two touchdowns and a Panthers-best 475 yards through eight games this season. Projected over 16 games, Benjamin's statistics would fall short of his career highs set as a rookie in 2014, when he caught 73 passes for 1,008 yards and nine touchdowns, before a torn ACL wiped out his 2015 season.

"I can't speak on if he's been inconsistent or not, or what's gone on in Carolina this year," Beane said. "But I know who the person is and the guys in the locker room will like him. He's tough, he's big, he's got great hands. He knows how to run routes. He can block. He's going to be way bigger than most of the corners that he faces, so he can help you in the run game there.

"It's a win for the Buffalo Bills."

The trade got a seal of approval from Bills running back LeSean McCoy.

Buffalo entered Tuesday's trade deadline with 19 picks over the next two drafts (2018 and 2019), including six picks in the first three rounds in April. The Bills' willingness to part ways with some of their future draft assets signals they are serious about winning this season.

"If you're 0-7, I'm not sure you're giving away a [draft] pick," Beane said. "Years where you start like this [5-2], you're always looking to help yourself win now and win in the future, and I honestly think that's what this does."

Tuesday's trade marks the seventh that Beane has made since being hired in May. In addition to trading Watkins and Jones, he also sent cornerback Ronald Darby to the Eagles and linebacker Reggie Ragland to the Kansas City Chiefs in the preseason; cornerback Kevon Seymour to the Panthers in September; and defensive tackle Marcell Dareus to the Jacksonville Jaguars last week.

"[The trade for Benjamin] probably saves me from getting my tail kicked in, walking in [the locker room]," Beane joked Tuesday. "Those guys are probably getting tired of me moving guys and not bringing anything in.

"You have to wait for the right time. I promise you -- and I've talked to some of the guys -- we're always looking to add. But it has to be right, and the timing was right for this move for Kelvin." 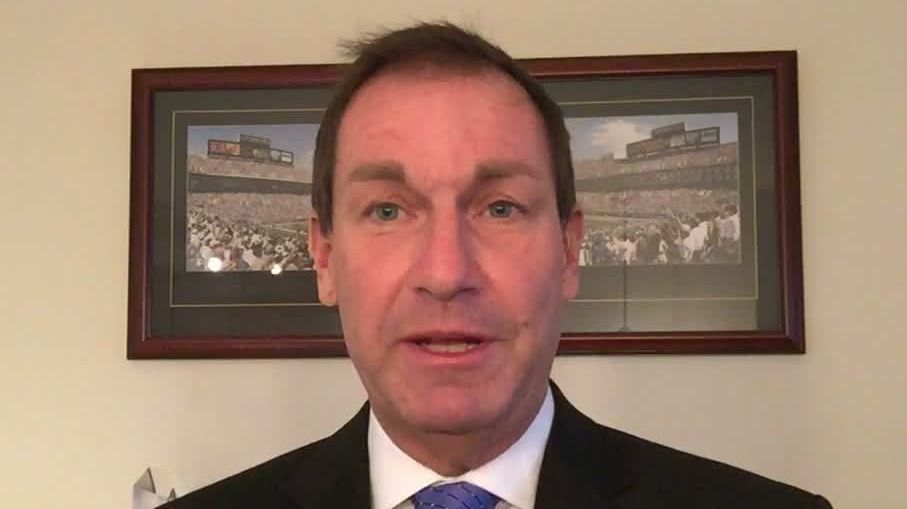