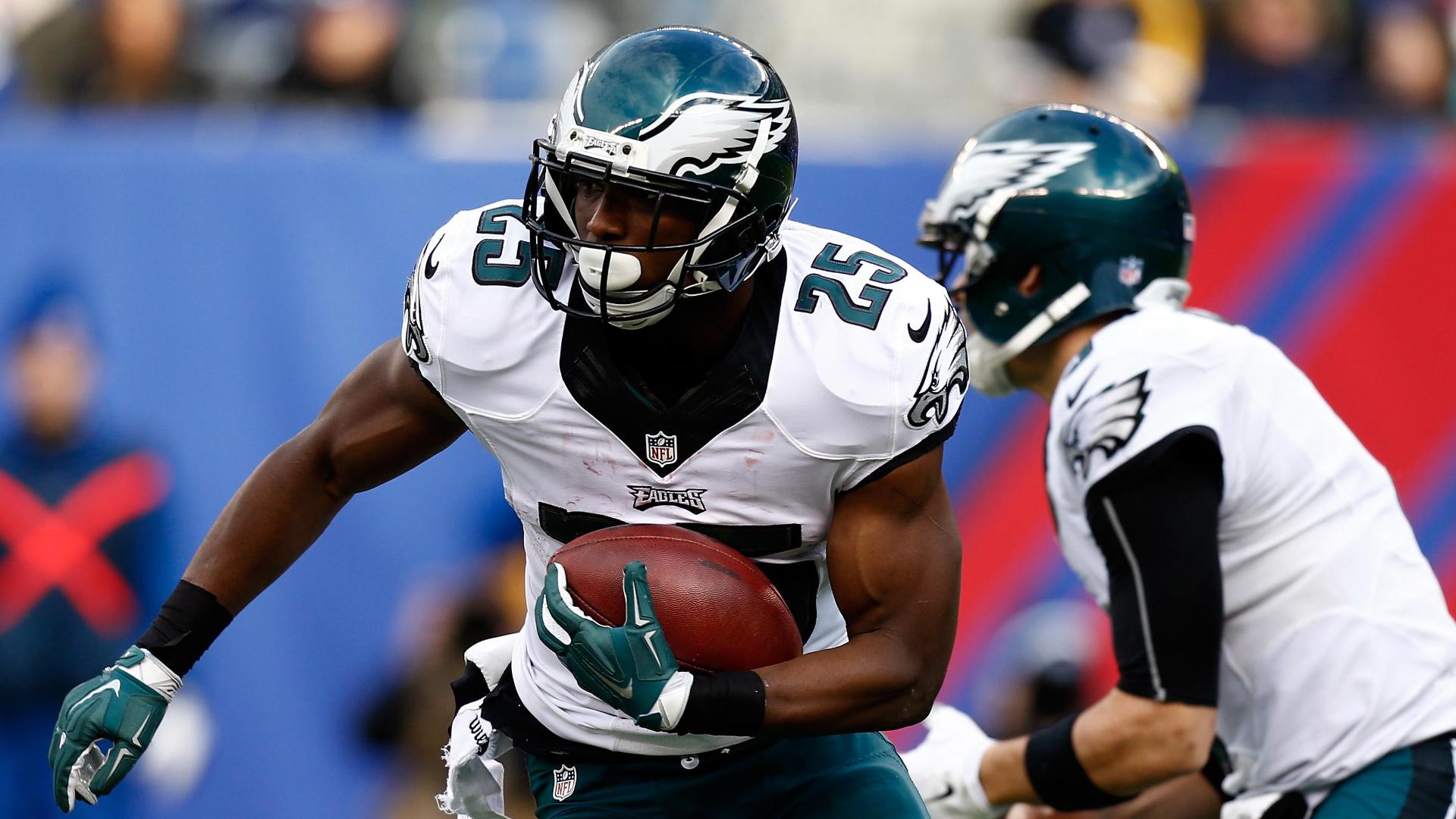 ORCHARD PARK, N.Y. -- After some initial reservations about being traded from the Philadelphia Eagles, running back LeSean McCoy has embraced his new surroundings with the Buffalo Bills.

"It feels good to be here, it feels good to be appreciated," McCoy said at his introductory news conference Tuesday evening. "Since I heard about the trade, the Bills' organization has been great, excellent, accepting me and my family with open arms, embracing us."

Shortly after the teams agreed to the trade, which became official Tuesday, a source told ESPN's Josina Anderson that McCoy was not pleased with the deal.

"We talked about it and my first reaction was definitely I was disappointed just because I didn't know what was going on," McCoy said. "I've been in Philadelphia my whole life, for six years.

"Then, once I kind of sat down and relaxed, actually thought to myself and talked to my family, I thought it was the best move. I found a team that actually wanted me."

McCoy agreed to a five-year, $40 million extension with the Bills earlier this week.

"I figure, if I'm staying in Philadelphia, I'm having the situation with the contract another time, 'When will we do this?' Another cap-hit problem," McCoy said Tuesday. "Where here, the Bills, we worked everything out, so the only thing I have to do is come here, play football, do something I've been doing since I was a little boy. It's a blessing."

While McCoy said he felt "appreciated" in Buffalo, he later clarified how he felt about being with the Eagles.

"For my career, yeah, I definitely think [I was appreciated]," McCoy said. "But just how everything happened, just not really being aware of what was going on with the trade.

"And to be honest, I have to say they definitely showed me tons of love and support through my whole career. It's part of the business. I had a good conversation with the owner and one thing about it is Coach (Chip Kelly) decided to move in a direction -- you've got to respect it."

McCoy is one of several notable players to leave the Eagles in recent days, with wide receiver Jeremy Maclin signing with the Kansas City Chiefs and quarterback Nick Foles traded to the St. Louis Rams.

"Fast too, right?" McCoy said of the departures. "I have no reaction to it. I mean, that's [Kelly]'s team. He has all the power there, so if that's what he wants to do, that's what he's going to do."

After being traded to the Bills, McCoy said he called former Eagles quarterback Michael Vick -- who also played for Bills coach Rex Ryan with the New York Jets -- before calling fellow running back Frank Gore, who played for Bills offensive coordinator Greg Roman in San Francisco.

Gore had initially agreed to terms to a deal with the Eagles before agreeing to a deal Tuesday with the Indianapolis Colts. McCoy joked Tuesday that he told Gore "all bad things" about Kelly and "that's why he didn't go" to Philadelphia.

"Actually I was honest with him," McCoy said. "I told him that he'd get the ball a lot. I told him that [Kelly] would always try to find ways to get you the ball and one thing that I'll always say about Chip Kelly is he's very creative.

"I told Frank a lot of positive things and that whole decision was his idea."