Jones injured his left ankle after attempting a shot in the first half with 7:43 left and had to be helped off the floor.

He couldn't put any weight on the ankle, even when he stood to cheer on his teammates.

"Matt has really sprained his ankle pretty badly, so I'm not sure how long he'll be out," Duke coach Mike Krzyzewski said.

If Jones is unable to play in Saturday's game at Louisville, he will be the second Duke starter to miss time because of an injury.

The Blue Devils have been without senior forward Amile Jefferson since he suffered a foot injury on Dec. 5.

Jones averaged 11.7 points and led the team in made 3-pointers with 59 for the season.

Aside from shooting 41 percent from behind the arc, Jones is considered Duke's best perimeter defender. 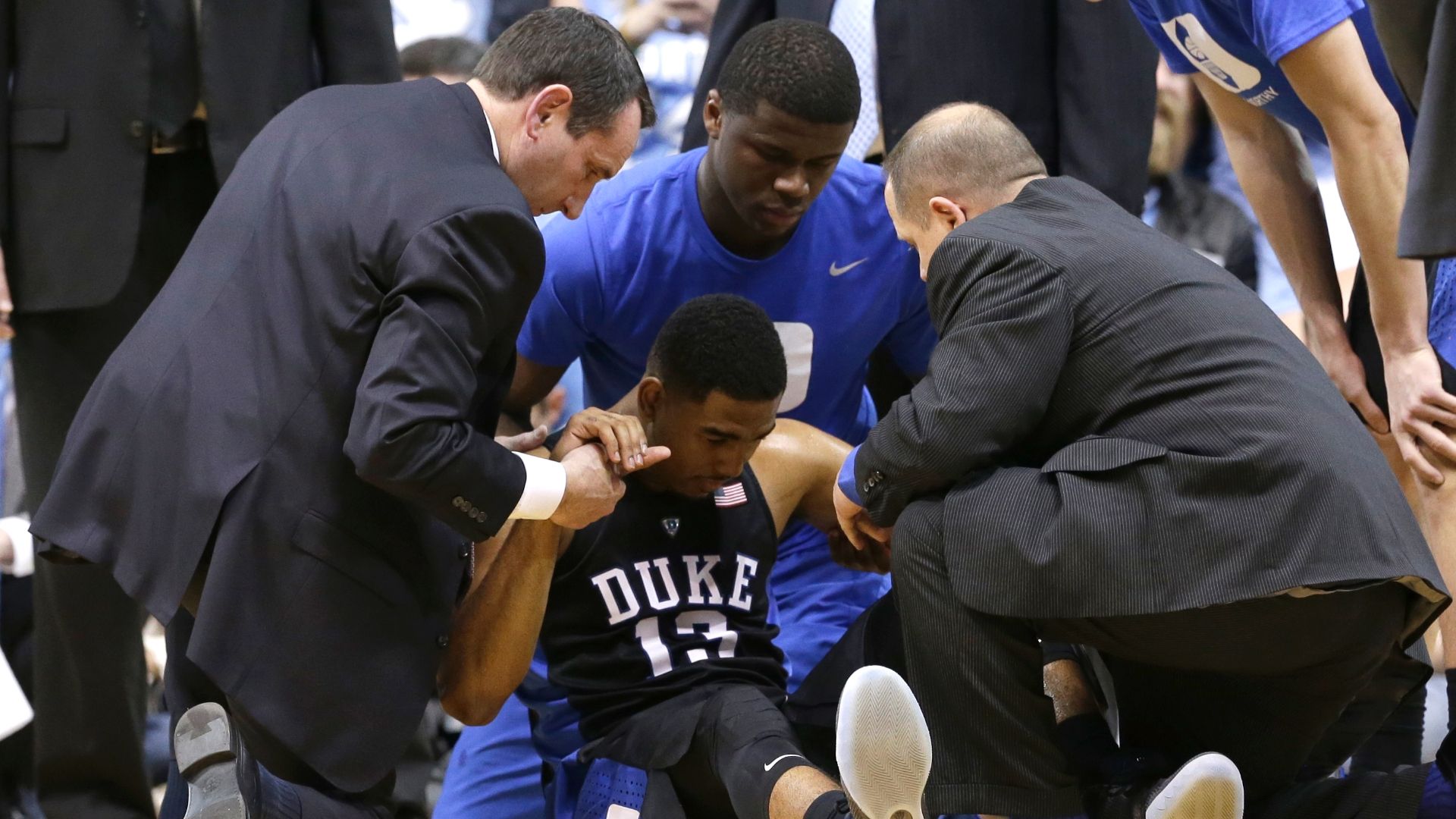