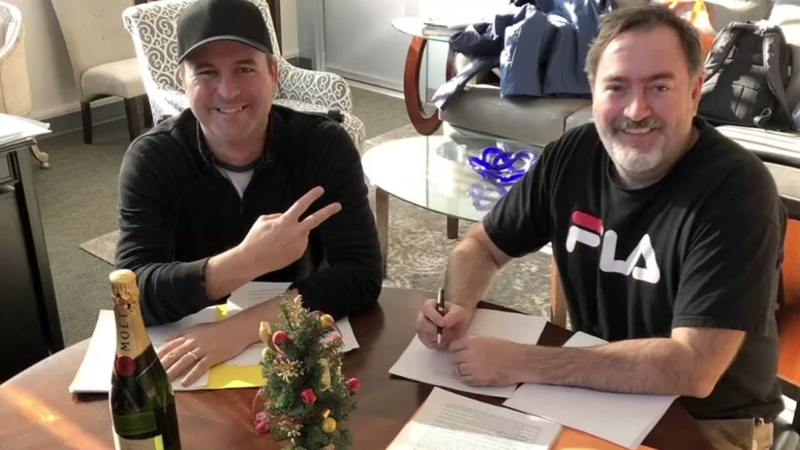 BOSTON (WTVD) -- A Boston sports radio host for WBZ-FM hung up on Chip Alexander of the News and Observer on Tuesday morning, purportedly because of his Southern accent.

The station had Alexander, a longtime Hurricanes beat writer, on as a guest to talk ahead of the Eastern Conference Final matchup between Carolina and Boston.

The host said he was fed up with Alexander's Southern accent.

Alexander thought nothing of it, he thought the call had just been disconnected.

He later found out from a social media uproar that he had been hung up on.

"Nobody likes to be hung up on," Alexander told ABC11. "And to be honest with you, when I found out what the guy had said about the Southern accent, I was a little offended, I mean there's no doubt about it.

Alexander also pointed out that many radio hosts like having someone with a distinct Southern accent on the show. He also said he didn't want this incident to be overblown.
Report a correction or typo
Related topics:
sportsmassachusettsraleighcarolina hurricanesbuzzworthyboston bruinsviral
Copyright © 2021 WTVD-TV. All Rights Reserved.
TOP STORIES
CDC reverses course on indoor masks in some parts of US
800K COVID-19 vaccine doses in NC could expire by end of August
Why this Haitian restaurant relocated from Brooklyn to Edgecombe Co.
LATEST: Cooper to 'review changes to CDC guidance'
As COVID-19 cases surge, nervous parents prepare for school year
495 new hepatitis A cases reported in NC this year
Show More
4-year-old dies after report of drowning in Harnett County
Mother, boyfriend charged after 5-year-old's death in Aberdeen
Latinos leading the way in new home ownership in US & in central NC
Black Lives Matter billboard set to go up in Elizabeth City
70-75% of Black women impacted by uterine fibroids
More TOP STORIES News