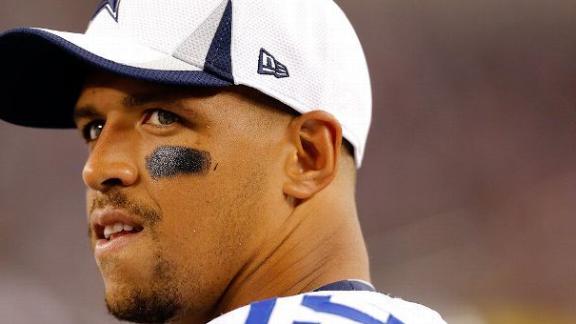 ESPN
By Pat McManamon
BEREA, Ohio -- The Cleveland Browns promised they had a plan to address the possible suspension of Josh Gordon.

Austin and Bennett joining the Browns may be a sign that the team plans to be without Gordon for the upcoming season. Gordon is facing a season-long suspension after another failed drug test months ago, this time for marijuana, sources told ESPN's "Outside the Lines" this past Friday.

Despite being suspended without pay for two games and losing two additional game checks last season for his earlier violation of the league's drug policy, Gordon led the Browns with 87 receptions and had nine touchdowns. He led the NFL with 1,646 receiving yards and became the first player with consecutive 200-yard receiving games.

If Gordon somehow can shorten the suspension, or even avoid it, the Browns would be well-stocked at receiver with the additions of Austin, Bennett, Andrew Hawkins and Nate Burleson this offseason. The moves might lead to the end of Greg Little's time in Cleveland, depending on Gordon's status.

He immediately becomes a likely starter, with or without Gordon.

Hamstring injuries hampered Austin in 2013, when he caught just 24 passes for 244 yards.

Austin's recent numbers mirror those of Burleson, also signed by the Browns as a free agent. The past three years Austin has 133 catches and 13 touchdowns, and Burleson -- who is expected back during training camp after fracturing his left arm in minicamp -- has 139 receptions and six touchdowns.

Bennett has mainly been a slot receiver for the Bears, but he has been productive. In six seasons in Chicago, Bennett caught 185 passes for 2,227 yards and 12 touchdowns.

Information from ESPN's T.J. Quinn, Don Van Natta Jr. and The Associated Press was used in this report.