Bryan Bickell to retire from NHL after returning from MS fight 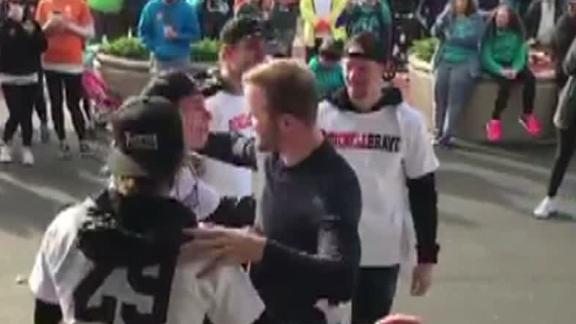 Carolina HurricanesforwardBryan Bickell, who wasdiagnosed with multiple sclerosis in November, announced Saturday night that he will retire after this season.

That capped an emotional day for Bickell, who made the decision to walk away from the game hours after being surprised by teammates, coaches and staff at a Walk MS benefit event Saturday morning.

"I've made the decision with my family that I'm going to call it quits, so it's just these last two games," Bickell, who has been receiving monthly treatments since being diagnosed, told NHL.com on Saturday.

"As the weeks go on in the month, it's like running low on gas. You just kind of fade off. Some symptoms come, but when you get treatment, you feel energized and full of life. Hopefully it will bring a spark [Saturday] and [Sunday]."

The 31-year-old Bickell hadreturnedfrom his diagnosis to restart his first season with the Hurricanes. He played two games this week and averaged 11 minutes, 52 seconds in ice time.

Hurricanes general manager Ron Francis said Bickell will start home games and play net-front on the power play against the St. Louis Blues on Saturday and Philadelphia Flyers on Sunday.

"Hopefully, we can fill the net up for the last home game for the fans," Bickell said. "Hopefully I can get one for myself. You never know when the last one is. It would be special."

Bickell said he shared his decision to retire with the team on Thursday.

On Saturday morning, the entire team and members of the Hurricanes' organization -- all wearing T-shirts that said "Bickell Brave" with his No. 29 on the back -- exited PNC Arena while Bickellwas being introduced along with his family at the Walk MS: Triangle event in Raleigh, North Carolina.

Bickell, fighting back tears, hugged and high-fived teammates and friends before they all walked around the facility prior to the team's morning skate.

"It kind of threw a little curveball in my career," Bickell said in a video posted on the team's website Saturday morning. "You can kind of see the support that I've had from the people around. We're a hockey community. MS is everywhere. You can see the support here."

The team announced Saturday that Bickell was given the Steve Chiasson Award by his teammates. The award is given annually to the player who "best exemplifies determination and dedication while proving to be an inspiration to his teammates through his performance and approach to the game."

"To be told that's what you're dealing with, knowing it affects your livelihood and what you love to do, it's not easy in so many different aspects," Francis said. "Everybody can be a captain when the seas are calm, but I think when adversity hits and you have to deal with things that are out of your control, you learn a lot more about a person. The way Bryan has handled this as a person from day one to the present is nothing short of remarkable."

Bickell was acquired along with forward Teuvo Teravainen in an offseason trade that sent a pair of draft picks to Chicago, where he won three Stanley Cups. He became expendable with the Blackhawks' need to clear salary cap space.

"I'll have those memories rest of my life," Bickell told NHL.com. "It's a great memory. So many guys never get a chance to play in the playoffs, let alone win the Stanley Cup."

Bickell scored once for Carolina before the disease that attacks the nervous system was discovered. He resumed practicing with the Hurricanes in January and began playing for Charlotte in the AHL in February, accumulating one goal and three assists for the Checkers. His timing was off, and his fundamentals were rusty, but there weren't any complications or setbacks. 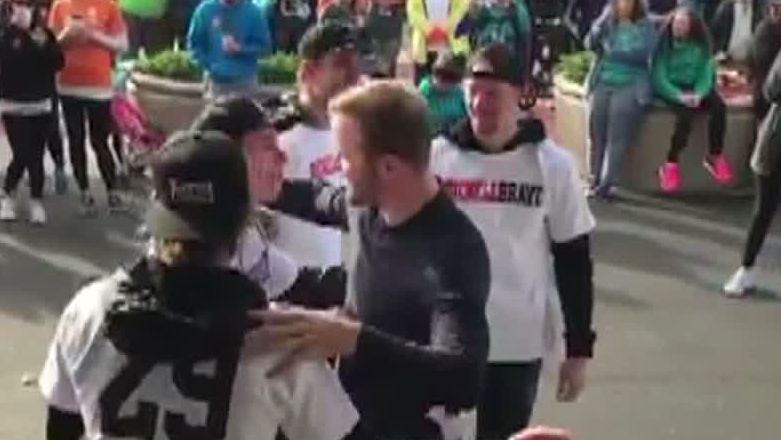