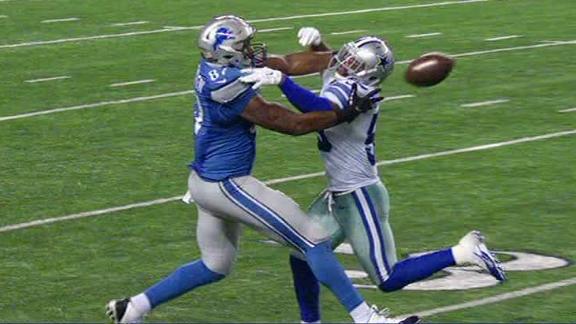 ALLEN PARK, Mich. -- Detroit Lions coach Jim Caldwell said the NFL reached out to him Sunday night about the pass interference reversal during the Lions' 24-20 wild-card loss to the Dallas Cowboyseven before the team had left the airport.

On Monday, Caldwell was even more adamant and frustrated by the decision of referee Pete Morelli to have his crew pick up the pass interference flag after moving the ball to the new spot and then wiping it off.

"The fact of the matter is it is a controversial call," Caldwell said. "And without question was one that [was] probably not officiated correctly, in my estimation."

Caldwell did not go into the specifics of the conversations with the league, but said the NFL reached out to him both Sunday and again Monday to talk about the situation. He said he "absolutely" agreed with the assessment of the NFL's director of officiating, Dean Blandino, who said Monday on NBC Sports Radio's "Pro Football Talk Live" that defensive holding should have been called on the play, that the no-call on pass interference against Lions tight end Brandon Pettigrew by Cowboys linebacker Anthony Hitchens was debatable, and that throwing a flag against Cowboys receiver Dez Bryant for coming onto the field without his helmet to argue the initial pass interference call was not an automatic penalty because Bryant wasn't in the game at the time.

Caldwell said the situation was "hard to swallow" because of his anger about what happened for the team, fans and the Ford family.

He did, though, say he believes the NFL should look into taking those calls out of the element of human error. Caldwell said there should be "boundaries" in terms of reviews, but that in big games and playoffs that there shouldn't be a limit on reviewing plays to make sure calls are correct.

"I do think, in this day and age, modern times where we have technology that can take out the human factor in certain key situations, in big games, that we should use that technology to do so," Caldwell said. "Kind of set the record straight and take the human error out of it.

"So perhaps, from this endeavor, we'll find a way to maybe improve that portion of the game."

When Caldwell was asked whether he believed the officiating crew watched the big screen at AT&T Stadium, he said they were not allowed to. When asked again if he thought they were watching it, he said "they're not supposed to."

The situation also left Lions players a day later wondering what happened. Center Dominic Raiola said he still has not received an explanation about the call. On Sunday, he said he was mystified by what happened on the play.

Pettigrew, who had his jersey pulled on the play, told ESPN.com he watched the play about "150 times" Sunday night and that it bothers him "just a little bit, just a little bit."

Pettigrew said the play was still in the atmosphere of the locker room and the practice facility on Monday and that it was still on the minds of players. Caldwell said he didn't want players to be using the situation as an excuse.

But the Lions, who had one of the most successful seasons in franchise history at 11-5, were not happy with their season ending in part due to that sequence of events.

Officials Reverse Call Without Explanation
Herm Edwards and Ron Jaworski discussed the referees' picking up the flag on what appeared to be a pass interference play in the Lions-Cowboys wild-card game. 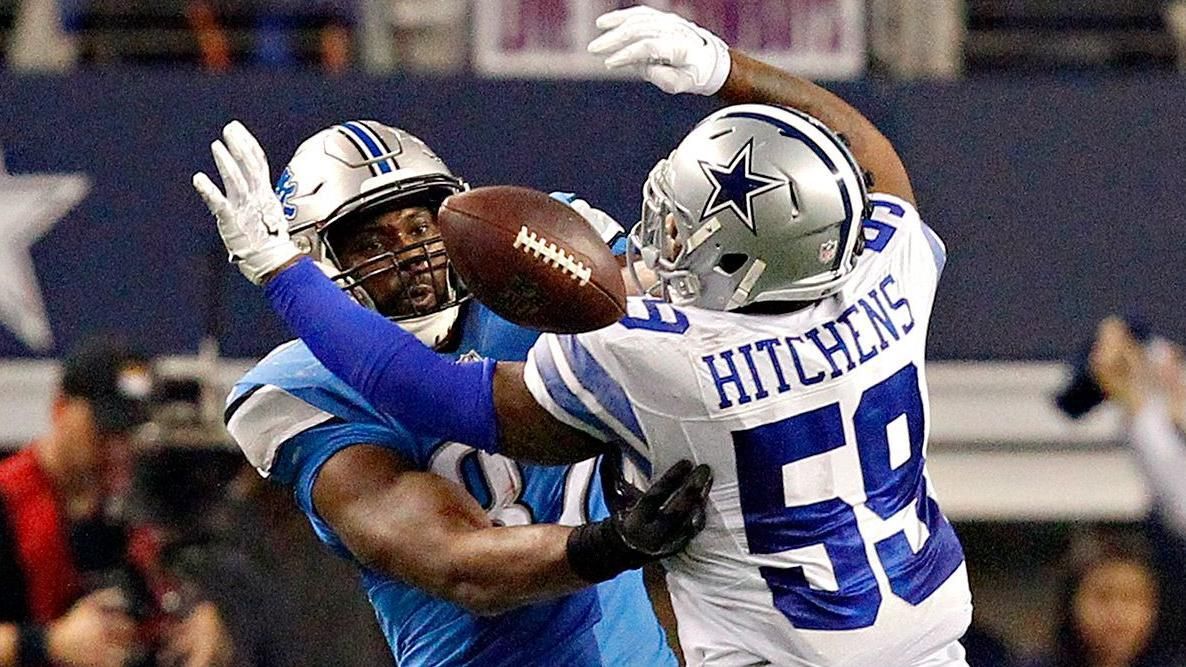 Controversial Call In Lions-Cowboys
Former NFL referee Jim Daopoulos discusses the controversial call in the Lions-Cowboys wild-card game; the referees picked up the flag on what appeared to be pass interference on Dallas.