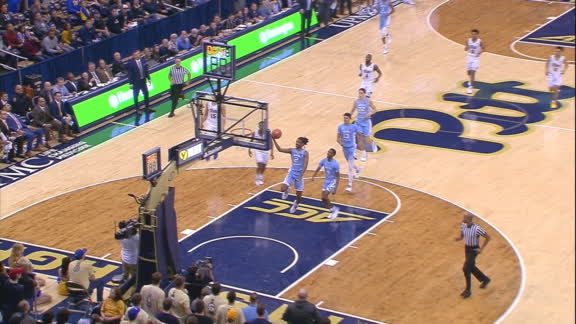 ESPN
PITTSBURGH -- North Carolina forward Cameron Johnson knew the boos were coming. Expected them actually. It's part of the deal when you leave one school for another. So when the Pittsburgh's "Oakland Zoo" student section politely let the former Panther have it during pregame introductions on Saturday, he took it as a bit of a compliment.

"No hard feelings on my end," Johnson said with a shrug.

Besides, the boos faded quickly. Johnson helped make sure of it, hitting his first three shots on his way to 15 points and nine rebounds as the 15th-ranked Tar Heels opened Atlantic Coast Conference play with a lopsided 85-60 victory.

Johnson grew up in the Pittsburgh suburbs and spent three seasons at Pitt. He graduated in the spring of 2017 and asked for his release. The Panthers initially balked at Johnson transferring to a conference rival but gave in after Johnson went public with the request . Johnson is flourishing for the Tar Heels, where he's evolved into more than a 6-foot-8 spot-up shooter.

He provided the proof in front of 25 friends and family, many of whom rose out of their seats behind the North Carolina bench each time he touched the ball. The signature play came at the end of the first half when teammate Leaky Black chased down a Pitt miss and found Johnson, who took two dribbles to midcourt and hit a streaking Coby White for a layup at the buzzer.

White led the Tar Heels with 22 points, Luke Maye added 17 points and 11 rebounds and North Carolina used a 16-0 run in the first half to subdue the first sellout crowd at the Petersen Events Center in nearly two years.

"I just think we locked down on defense," White said. "We got out in transition and we ran our sets and we just played harder and with a lot of effort."

Something that has been spotty at best during North Carolina's uneven nonconference season. Yet the Tar Heels had little trouble against the young and undersized Panthers (10-4, 0-1), who are in the midst of a massive rebuild under first-year coach Jeff Capel.

Trey McGowens scored 17 points and fellow freshman Xavier Johnson chipped in 14 for the Panthers, who lost their 23rd straight regular-season ACC game. The Panthers shot just 31 percent (19 of 62) from the field and struggled to get into any kind of rhythm. Pitt turned it over 15 times, made only 2 of 19 3-pointers and couldn't keep up once the adrenaline wore off.

"We have to work a lot harder to get better, that's the thing," Capel said. "What we did in the nonconference was good for the nonconference. We have to play good consistently, not just for a 12-minute period. Have to do it for an extended period for us to win in this league."

Reality hit the Panthers about halfway through the first half. Au'Diese Toney's tip-in for Pitt trimmed North Carolina's lead to 15-14 with 11:58 to go before the break, but the Panthers wouldn't make another shot for more than 10 minutes. By the time McGowens ended the Panthers' dry spell with a 3-pointer, North Carolina led by 21.

"They hit us in the mouth and we never fought back, we never hit back (during that) stretch they took the lead," Pitt's Malik Ellison said. "We let missing shots affect our defense and we can't let that happen."

North Carolina: The Tar Heels can be hit or miss with their defensive intensity but overwhelmed the Panthers once the early adrenaline wore off. The Tar Heels will need to muster it more often against better opponents. "I liked our poise because the crowd really did get into it early," coach Roy Williams said.

Pitt: Even with large swaths of light blue in the arena, that the Panthers were able to fill The Pete offers tangible proof of the optimism Capel has brought to the table in his first few months on the job. Turning that optimism into ACC wins, however, is another matter. The Panthers played hard but their offensive weaknesses and lack of size were exploited at will by the bigger, deeper and more talented Tar Heels. 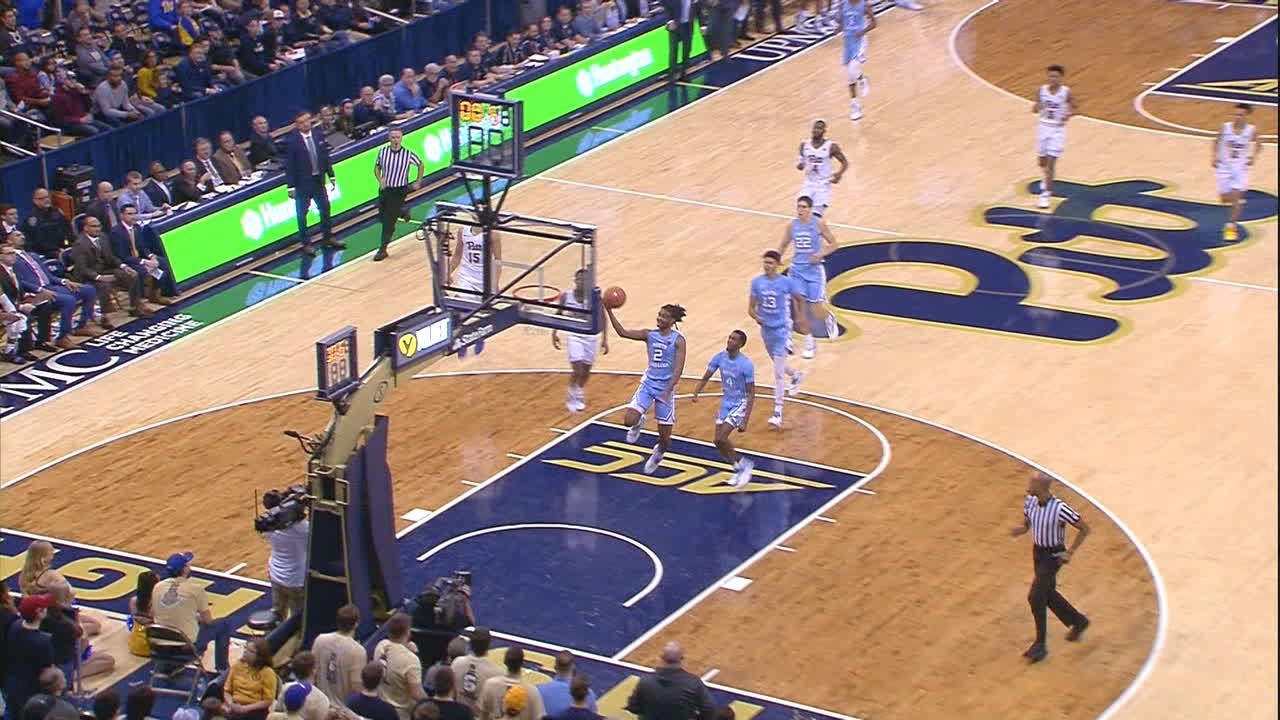 UNC's White beats the buzzer with a lay-in
North Carolina gets out in transition with the first half winding down, and Cameron Johnson hits Coby White for a layup before the horn sounds.
Report a correction or typo
Related topics:
sportsespnnorth carolina tar heelsmens college basketballpittsburgh panthers
Copyright © 2020 ESPN Internet Ventures. All rights reserved.
More Videos
From CNN Newsource affiliates
TOP STORIES