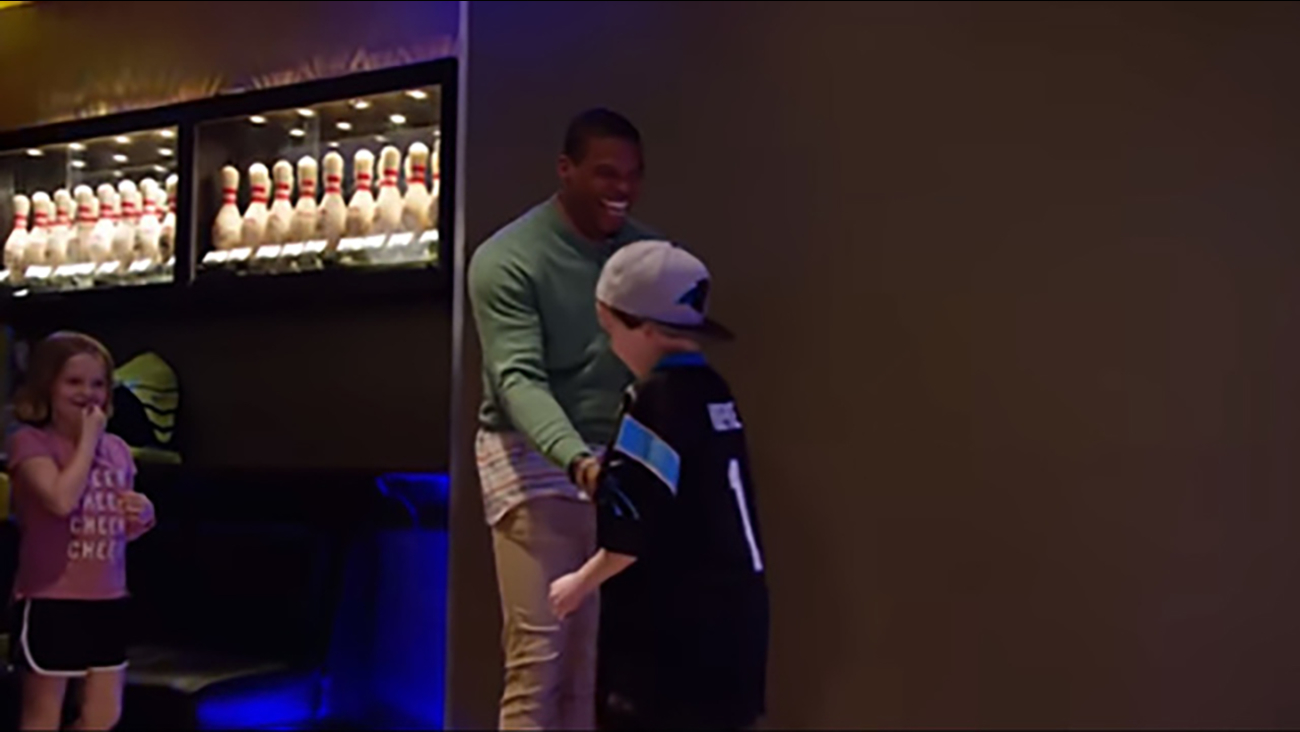 CHARLOTTE -- All 11-year-old Noah wanted while in the hospital last year was to meet Carolina Panthers quarterback Cam Newton.

Through the Make-A-Wish Foundation, that wish came true.

The reigning NFL MVP on Friday tweeted a video of his surprise visit with Noah at a local bowling alley. They later attended a Charlotte Hornets basketball game together.

Noah was born with Klippel-Trenaunay Syndrome, a rare congenital vascular disorder involving abnormal growth of soft and bone tissue. Noah's left leg is three centimeters longer and wider than his right leg. At the age of 7, he developed a protein deficiency and began having frequent blood clots. A typical cold for him is a hospital stay.

Noah is described in the video as the best "dabber" we know. Part of his surprise included a tour of Carolina's Bank of America Stadium, where he also got to meet wide receiver Kelvin Benjamin and other players.

"Whenever I'm down, I can think of my time with Cam, and how special of a moment that was for me," Noah said in the video.