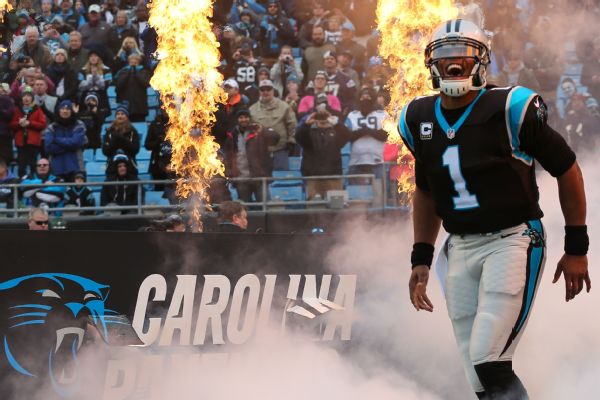 CHARLOTTE, N.C. --Carolina Panthers quarterback Cam Newton admittedly has wondered whether playing the final four weeks of the 2016 season with a partially torn rotator cuff that recently required surgery was the best decision.

"Was it smart?" the 2015 NFL MVP asked the team website Thursday. "People may say it wasn't, but at the end of the day, I think the bigger picture was I'm one of the leaders on this team.

"I just want to set a good standard that, listen, the team comes first and I'm just going to put myself in position to try to lead this team as much as possible."

Newton suffered the injury during a Week 14 win over the Chargers. He had an MRI that at the time team officials said was "clean" but have since revealed there was a partial tear.

Early in the offseason, the team had hoped rest would take care of the injury. But when Newton experienced soreness last month, arthroscopic surgery was required. That was on March 30 and was deemed a success.

"I wear the 'C' patch on my jersey with great pride, and I feel as if it comes around again, would I reconsider it? Yeah," Newton said. "But also knowing those guys that I'm going to give every single thing that I have to give for this game, for the fans, for my teammates, especially."

Newton is on a schedule that will prohibit him from throwing for 12 weeks and from throwing with the team for 16 weeks. That puts him on track to be ready for the start of training camp.

He has been working on his cardio and rehabilitation at Bank of America Stadium since the team began offseason workouts Monday. Newton plans to be involved in workouts through the offseason, with the exception of throwing, as Carolina evolves its offense to depend less on him as a runner.

"I'm getting the mojo back," Newton told the website. "It's not as tragic as some people made it out to be. But I'm still being a professional about it, still getting treatment and making sure I'm getting stronger with the rest of my body as well."
Related topics:
sportsespncarolina panthersnflcam newtonshouldersurgery
Copyright © 2022 ESPN Internet Ventures. All rights reserved.
TOP STORIES
Court papers show how investigators linked suspect in Hedgepeth murder
As last-ditch effort, Cary tapas bar launches fundraiser to stay open
Supreme Court to hear challenge to race in college admissions
George Floyd's family reacts as civil rights trial begins
Eateries hope for community support during Triangle Restaurant Week
No charges for Johnston County deputy who shot drug suspect in wrist
Mental health providers of color see influx of patients
Show More
LATEST: Next steps in fight against COVID-19
Getting paid on Venmo or Cash App? New tax rule might apply to you
Alex Murdaugh hit with more charges connected to 4 new clients
8,500 troops placed on heightened alert for European deployment
Cruise ship takes passengers to Bahamas to avoid Florida warrant
More TOP STORIES News