Cam Newton, Panthers have lost their swagger during 1-2 start 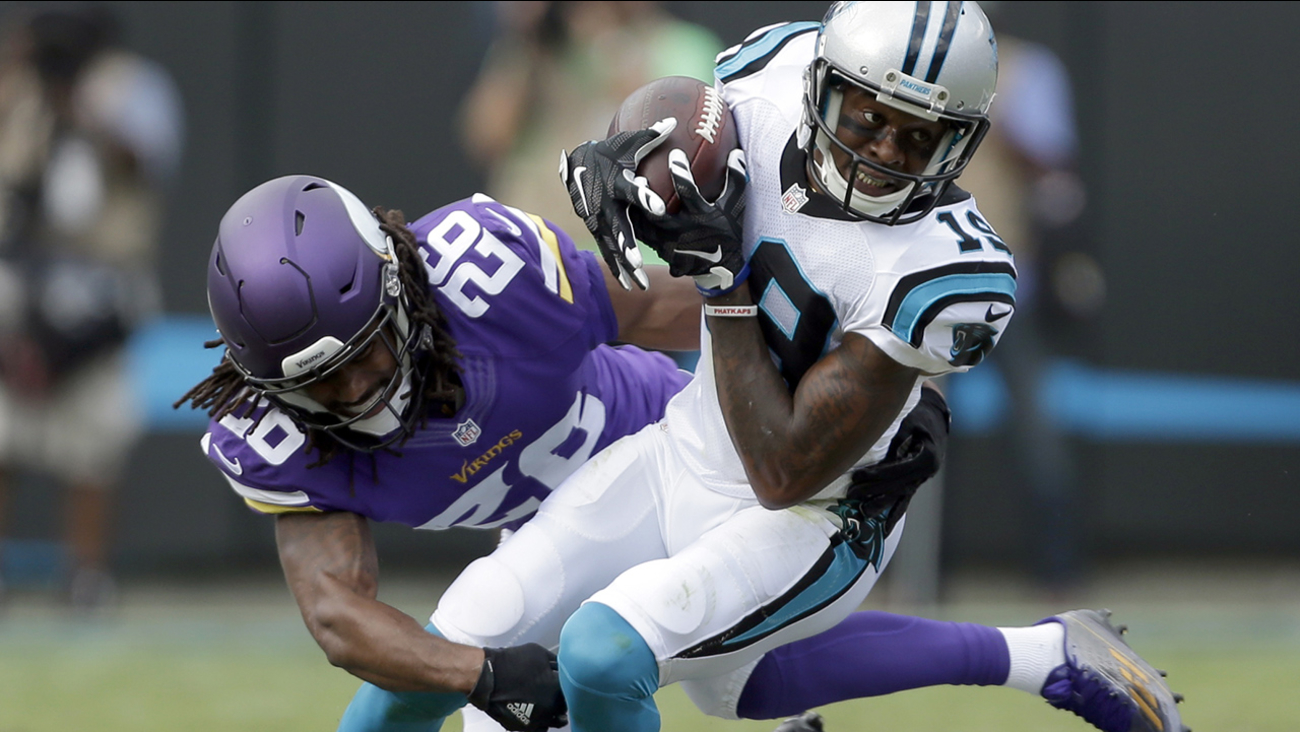 CHARLOTTE -- Carolina Panthers quarterback Cam Newton arrived at his postgame news conference on Sunday wearing a black Mad Hatter lid with an ace of spades on the right side and a feather on the left.

The NFL MVP hasn't lost his unique flair for style.

But Newton and the Panthers have lost the swagger that helped them to an NFL-best 15-1 regular-season record last season.

Carolina Panthers' Cam Newton speaks to the media after an NFL football game against the Minnesota Vikings in Charlotte, N.C., Sunday, Sept. 25, 2016.

Once the Vikings sacked Newton for a safety to make it 10-2 late in the first quarter, it was as if the energy went out of the offense. The offensive line didn't even bother to pick Newton off the ground.

"After the safety, it was good riddance," Newton said.

Good riddance? In the first quarter? With the lead?

That hardly sounded like the Newton of a year ago, the one who always seemed to bounce back from a sack or an interception to make something special happen during his NFL MVP season.

Newton sounded equally confused when asked why his primary target, wide receiver Kelvin Benjamin, had no catches and was targeted only once.

"For him not to have any touches is, you know, really baffling and wowing," he said.

The Panthers (1-2) looked like the team the Denver Broncos figured out with an attack, blitzing defense in Super Bowl 50. The Vikings, using similar pressure, sacked Newton eight times and pressured him 17, tied for his most in a regular-season game. The only time Newton has been pressured more was in the Super Bowl, when Denver pressured him 21 times.

"They were dictating to us after they got the momentum rather than opposite from what we were doing starting the game," Newton said.

Carolina Panthers' Cam Newton (1) reacts to being tackled in the first half of an NFL football game against the Minnesota Vikings in Charlotte, N.C., Sunday, Sept. 25, 2016.

According to ESPN Stats & Info, in the 11 games in which Newton has been pressured or sacked a combined 14 or more times, Carolina is 0-11.

So expect the pressure to continue.

But it's not just the pressure that has taken away Carolina's swagger. It's also the mistakes.

The Panthers were penalized 10 times for 65 yards against Minnesota, including a block in the back by Benjamin that reversed a 56-yard touchdown pass to Fozzy Whittaker that would have made the score 17-2. Carolina has committed 26 penalties for 215 yards in three games. It had only 16 for 114 yards after three games last season.

Turnovers have been equally damaging. Newton had three interceptions on Sunday to give him five for the season. He had only two after three games in 2015. The Panthers didn't have a lost fumble in the first three games last season. They have three in 2016.

Those are the kinds of mistakes that will make the Panthers vulnerable this week in Atlanta and against other less talented teams moving forward.

Mistakes kept Minnesota close despite Carolina's dominating with 205 yards to the Vikings' 34 in the first half.

"We were dominating the game in every single statistic except for the score," Panthers tight end Greg Olsen said. "To look up at the scoreboard and see 200-and-something yards and 10 points, it's tough. The second we got close on the field to scoring range, we seemed to just go backwards."

But Carolina coach Ron Rivera is more concerned with fundamentals than swagger.

"We can't turn the ball over," he said. "We can't miss opportunities. We can't have penalties that take away opportunities. It's going to start with me. I'm going to make sure I get things corrected and that's just the way it has to be."