Canelo Alvarez and Julio Cesar Chavez Jr. to fight on May 6 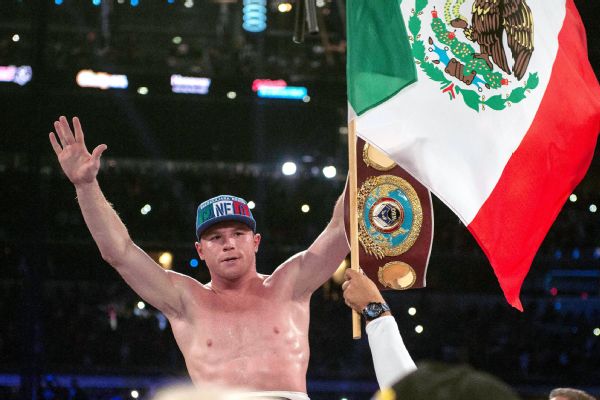 In what might be the biggest all-Mexican fight in boxing history, Canelo Alvarez and Julio Cesar Chavez Jr., easily their country's most popular active boxers, will square off in a long-anticipated match on May 6, Golden Boy Promotions announced Friday.

"I'm excited to announce my fight against Julio Cesar Chavez Jr. and confirm that I will be prepared, like I've been throughout my career, to give a great fight," Alvarez said. "I want to remind you that when two Mexican fighters face off, a spectacular show is guaranteed."

Said Chavez: "I dedicate this fight to Mexico. I'm going to win, but my country will too because this is the fight that boxing needs."

The scheduled 12-round bout, which will headline an HBO PPV card on the Mexican holiday weekend of Cinco de Mayo -- a traditional weekend for major Mexican fights -- will take place at a site to be determined.

The T-Mobile Arena in Las Vegas, however, is a likely site, as the Nevada State Athletic Commission granted the date for that arena to Golden Boy at its monthly meeting on Friday.

However, Golden Boy president Eric Gomez said the promotion will talk to other venues as well, including AT&T Stadium, home of the Dallas Cowboys, in Arlington, Texas. Alvarez drew an AT&T Stadium-record boxing crowd of 51,240 for his last fight, in September, when he knocked out Liam Smith in the ninth round to win a junior middleweight world title.

"Boxing has been searching for a fight to draw the casual fan back to our sport, and Canelo vs. Chavez Jr. is just that fight," Golden Boy CEO Oscar De La Hoya said. "Canelo, the biggest star boxing, will take on not only a former world champion in Julio Cesar Chavez Jr., but the son of the biggest star in the history of boxing in Mexico. Add in 98 victories and 66 knockouts between these two superstars along with a Cinco de Mayo fight date, and you have a can't-miss battle."

Alvarez, the former middleweight world champion, and Chavez, who also once held a world title at 160 pounds, will meet at a catchweight of 164.5 pounds.

Agreeing on the weight was one of the major sticking points during a drawn-out negotiation that began in November.

"There wasn't one hump; there were many humps and we finally got over them," Gomez said on a teleconference with boxing reporters to discuss the fight.

Alvarez, who called off a Dec. 10 date after suffering an avulsion fracture in his right thumb against Smith, has never boxed at more than 155 pounds, the weight at which he insisted opponents fight at when he held the middleweight title. Chavez has been 167.5 or heavier for his past five fights dating to 2013 and has had a well-documented history of tremendous struggles even getting that light.

But after 17 months out of the ring, he returned on Dec. 10. He made weight (167.9 pounds) and looked good in a one-sided 10-round decision against fringe contender Dominik Britsch, setting the stage for the showdown with Alvarez.

Concerned about Chavez making weight, Gomez said, "There are provisions in the contract if he doesn't make weight. There are big penalties."

Gomez declined to give the specifics, but according to sources involved in the fight, missing weight would cost the guilty party $1 million per pound.

There is no love lost between Alvarez and Chavez, whose match was highly anticipated a few years ago but appeared as though it might never happen because of the growing weight discrepancy.

But Alvarez (48-1-1, 34 KOs) said he was willing to put the weight difference aside and move up dramatically for such a big fight.

"Putting the weight aside, I'm doing this because it's such a significant fight, if not the biggest in Mexican history," Alvarez said through a translator on the teleconference. "It's personal for me. He has talked bad about me for so many years. I want to shut him up."

Alvarez, 26, said that though he is fighting Chavez Jr., it does not in any way diminish his love and respect for Chavez Sr., the boxing idol of Mexico.

"It doesn't change anything," Alvarez said. "It's a different era now. I still have affection for the father. He's still an idol, but fighting his son has nothing to do with that. It going to be a great fight and the biggest fight in the history of Mexico."

The negotiations were extremely difficult because Golden Boy was putting the fight together with Al Haymon, Chavez's adviser. There is rancor between Golden Boy and Haymon, whom Golden Boy is suing for $300 million. The promotion filed a federal lawsuit in May 2015, alleging that Haymon and his various business entities have repeatedly violated antitrust laws and the Muhammad Ali Boxing Reform Act.

Throughout the negotiations, retired federal judge Daniel Weinstein, a noted mediator working on the Golden Boy/Haymon case, acted as a go-between for the two sides. Weinstein has worked on boxing cases before, including the settlement of the various lawsuits between Golden Boy and Top Rank over Manny Pacquiao's promotional contract several years ago.

As big as the fight might be for Mexico, Alvarez figures to be a substantial favorite against Chavez, whose career has never been quite the same since he lost his middleweight belt in a one-sided decision to Sergio Martinez in 2012 and then moved up in weight.

Alvarez also has even bigger business looming in September against unified middleweight titleholder Gennady Golovkin. But both need to win their fights -- Golovkin has his own tough assignment against Daniel Jacobs on March 18 -- and Golden Boy and K2 Promotions can finalize the deal both sides say they intend to make.

Alvarez said he does not feel any pressure in the Chavez fight knowing the Golovkin fight would go down the drain with a loss.

Gomez said the fighters and their teams would soon embark on a media tour to promote the fight and that announcements would soon be made about the undercard, which could include the return Argentine slugger Lucas Matthysse (37-4, 34 KOs), who has been out of action since October 2015 because of an eye injury suffered in a 10th-round knockout loss to Viktor Postol in a vacant junior welterweight world title fight. Matthysse plans to move up to welterweight upon his return.

"We'll get together with Oscar next week and start discussing undercard plans and the tour," Gomez said. "Right now, we're just very excited we got the fight done. It's gonna be a great fight." 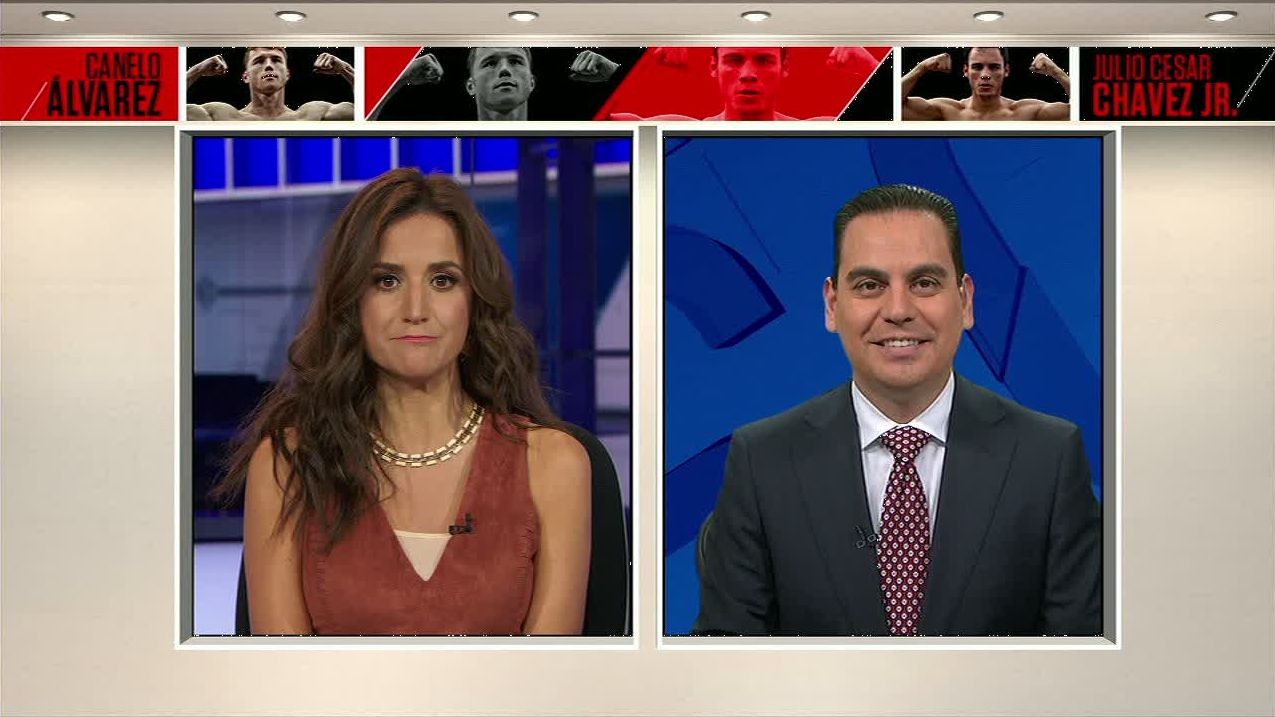