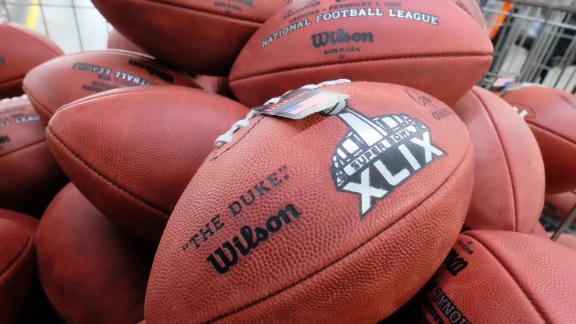 Baltimore Ravens defensive end Chris Canty said the New England Patriots are "habitual line-steppers" and that the use of underinflated footballs should be dealt with on the same level as players taking steroids or other banned substances.

The Patriots are under investigation for using game balls that were significantly below the NFL's inflation requirements in the AFC Championship Game, which was played a week after the Ravens' game at Gillette Stadium.

The NFL has found that 11 of the Patriots' 12 game balls were underinflated, league sources told ESPN's Chris Mortensen.

"The Patriots are habitual line-steppers," Canty said in an appearance on NBCSN on Wednesday. "If the allegations are true, then you are talking about attacking the integrity of our game and I have an issue with that. ...

"What I'm going to say about the deflating of the balls, to me there is no difference than performance-enhancing drugs. You are cheating at that point. You are getting a competitive advantage outside of the rulebook and there has to be some sort of consequences for that."

If it is proved that the Patriots intentionally underinflated footballs, Canty believes serious action needs to be taken.

"To me, the integrity of the game is the most important thing," Canty said. "You want to be successful as a player, but you want to think that you are doing things that are within the rules and that you are out there competing, and it's not, whether it is performance-enhancing drugs or deflated footballs that is out there aiding in your performance."

Patriots coach Bill Belichick said Thursday he was "shocked" when he was informed of the allegations that his team used balls that were deflated after they were inspected by officials before the game.

Impact Of Underinflated Footballs
ESPN NFL analysts break down the difference between playing with a football that is inflated to league standards versus an underinflated football.