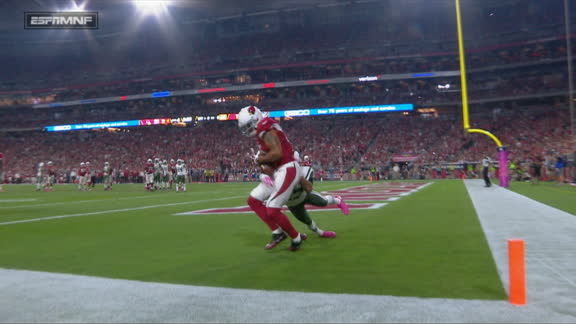 Palmer blamed the cramps on the Cardinals' extended time of possession.

Cardinals coach Bruce Arians said he doesn't think the injury is "that severe."

Monday night was Palmer's first game back from a concussion suffered on Oct. 2 against the Los Angeles Rams.