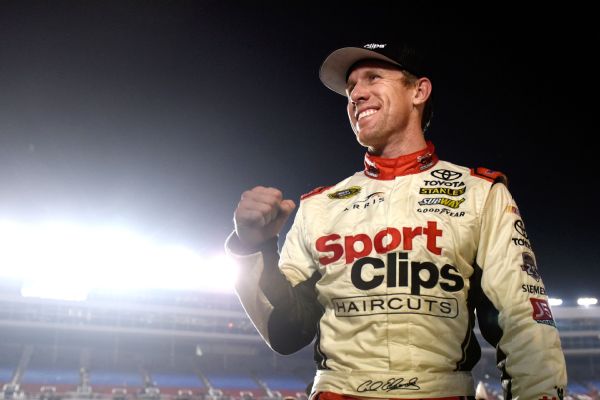 Carl Edwards is expected to announce Wednesday that he will retire immediately from NASCAR racing, according to sources familiar with his plans.

Daniel Suarezwill be named the replacement for Edwards at Joe Gibbs Racing, sources said. Suarez, from Mexico,became the first foreign-born driver to win a NASCAR national series when he earned theXfinity Series title in 2016.

Edwards informed team owner Joe Gibbs right before Christmas that he no longer wanted to compete, two people with knowledge of the situation told The Associated Press on Tuesday.

In a text to The Associated Press on Tuesday, Edwards said simply "All good" and also wrote: "I'm kinda hungry. Going to Subway!" referring to his longtime sponsor.

Edwards, who has one year left on his contract with JGR, won three races in 2016 and was leading the championship contenders with 10 laps remaining in the season finale at Homestead-Miami Speedway, but a crash when trying to block Joey Logano ruined Edwards' championship hopes and relegated him to fourth in the standings.

Elevated to Jack Roush's Cup program during the 2004 season, Edwards finished third in the standings during his first full season in 2005 while on his way to becoming one of the sport's biggest stars. He nearly won the 2011 crown while driving for Roush; Edwards tied Tony Stewart for the title, but Stewart's five wins during the season (including beating Edwards as they finished 1-2 at Homestead) earned Stewart the championship.

Edwards also finished second in the 2008 standings, fourth in 2010 and fifth in 2015, his first year at JGR. He is known for, among other things, confrontations on the track with Brad Keselowski and off the track with Kevin Harvick.

Edwards, who once handed out business cards in pursuit of a ride while earning money as a substitute teacher, won the 2007 Xfinity Series title. He was the top rookie in 2003 in the Camping World Truck Series and 2005 in the Xfinity Series.

A private person, Edwards lives in Missouri, where he grew up, and pilots his own plane to North Carolina for team meetings.

Fox Sports released a statement saying Edwards was not joining its broadcast team after speculation Edwards left with a year remaining on his JGR contract for a television gig.

"Fox Sports has really enjoyed having Carl in the booth and on our air in various capacities over the years, but speculation that he may be climbing out of the car to join the Fox NASCAR broadcast team is unfounded," Fox Sports President, Production and Executive Producer John Entz said.

"Our team is set for the near future and we wish Carl well in whatever he chooses to do next."