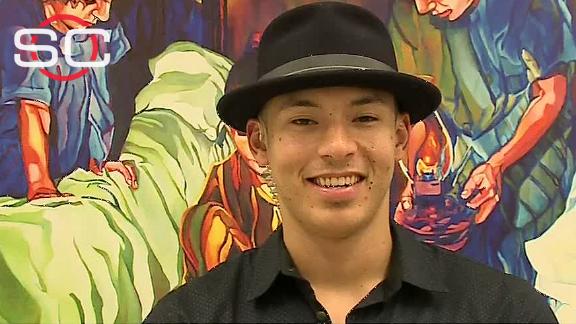 Houston Astros shortstop Carlos Correa was named the American League Rookie of the Year on Monday.

Correa received 17 first-place votes and 13 second-place votes, for a total of 124 points. Cleveland Indians shortstop Francisco Lindor was second, with 13 firsts, 14 seconds and two thirds for a total of 109 points.Minnesota Twins designated hitter Miguel Sano was third with 20 points.

"It's an unbelievable feeling," Correa said on a conference call from his home in Puerto Rico, where he said thousands of proud supporters were waiting to celebrate with him. "It really means a lot not only for them, but me as well."

The surprise top pick in the 2012 amateur draft, Correa recalled how some questioned whether he warranted that selection. But by June, he was starting at shortstop and leading the young Astros toward their first playoff appearance since 2005.

Correa began this year in Double-A. Then he hit .279 with 22 home runs (tops among AL rookies), 68 RBIs and 14 steals after his June 8 call-up. The youngest position player in the major leagues, he turned 21 in September.

He is just the second Astro in team history to be named rookie of the year and the first to win the AL award.Jeff Bagwell was named the top rookie in the National League in 1991.

Chicago Cubs third baseman Kris Bryantwas named the winner of the award in the National League.

"I think we're in very similar situations, in that we're surrounded by a lot of young guys," Bryant said. "I think the only expectations that really matter are the ones you put on yourself. I definitely exceeded my own expectations."

Correa earned the major league minimum salary of $507,500. Houston gave Correa his debut after ensuring he wouldn't be arbitration-eligible until after the 2018 season.

"It's like a season that I only thought was going to happen in a dream," Correa said.

Correa acknowledged the metal plate in his right leg caused him pain much of the year. His 2014 season with Class A Lancaster was cut short in June because of a broken right ankle. 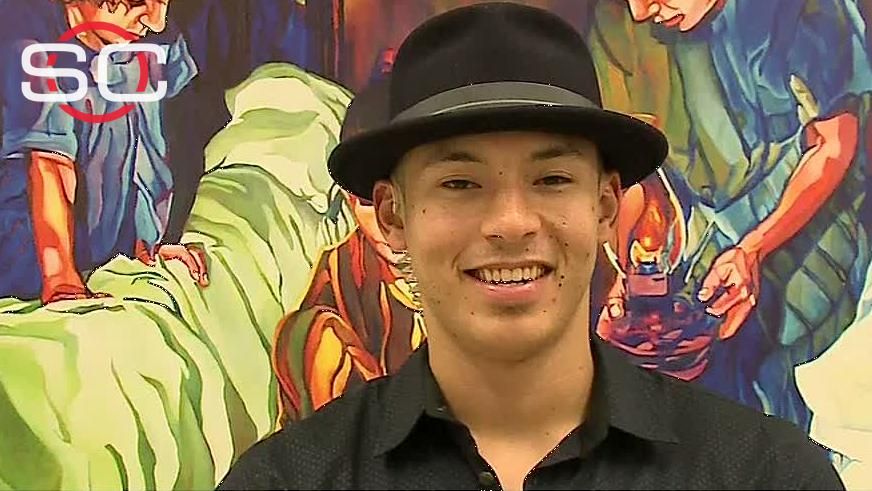