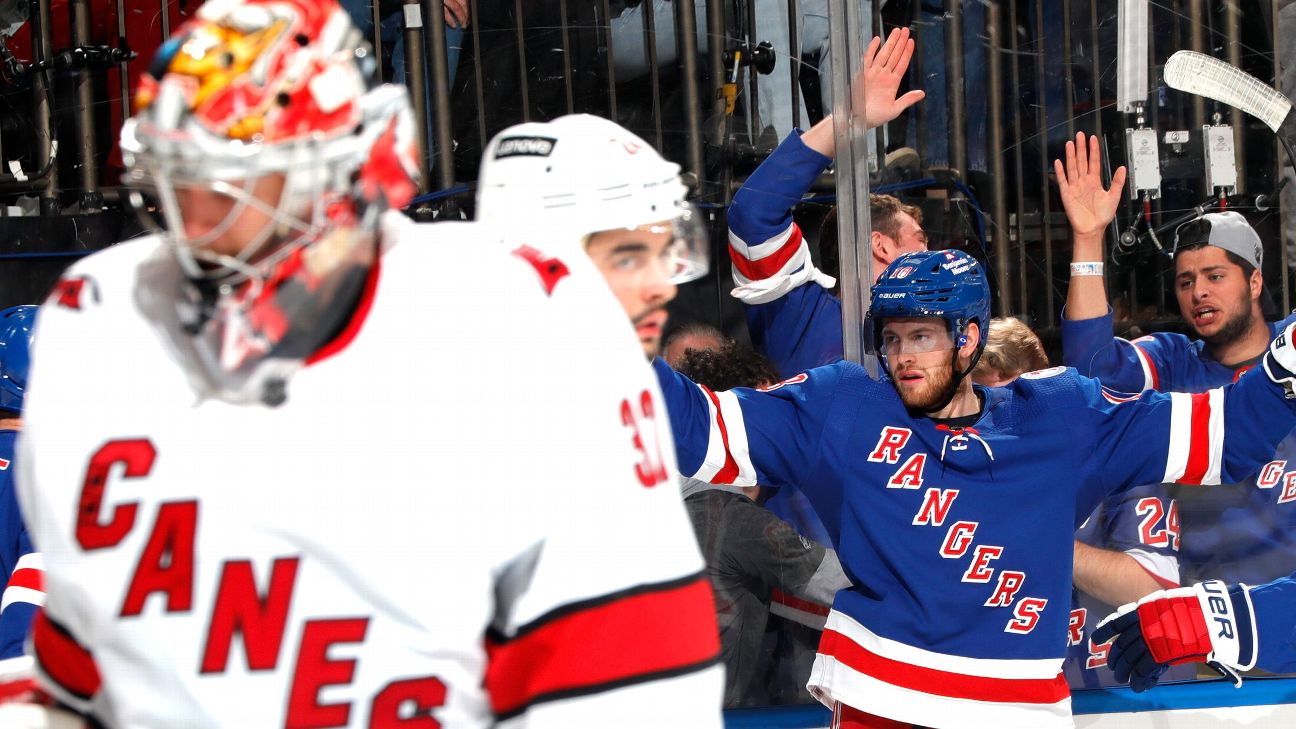 The Carolina Hurricanes remained winless on the road in the Stanley Cup Playoffs, losing 4-1 to the New York Rangers on Tuesday as their second-round series was knotted up at 2-2.

Carolina lost all three road games at Boston in the first round, and then dropped Games 3 and 4 at Madison Square Garden, squandering a 2-0 series lead.


The Hurricanes have been like two different playoff teams, depending on the location of the game. In Raleigh, they're 6-0 with a plus-15 goal differential, as their defense has limited opponents to 1.17 goals per game. On the road, they're 0-5 with a minus-13 goal differential, with a 4.20 goals-against average per game.

"We know we have a fifth game ahead of us at home. That's all we think about," center Sebastian Aho said. "We want to win that hockey game and move on."

Carolina's road futility has reached historic proportions. The Hurricanes became just the second team in NHL history to have the home team win in the first 11 games of a postseason, along with the 1962 Toronto Maple Leafs. No Stanley Cup champion in NHL history has lost its first five road playoff games in a postseason.

Coach Rod Brind'Amour said his team's start doomed them. They handed the Rangers an early power play on a Seth Jarvis tripping penalty that gave New York momentum. At 11:38 of the first, forward Steven Lorentz earned an instigator penalty for a fight against Rangers defenseman Jacob Trouba, who leveled forward Max Domi with a check. Frank Vatrano scored on the ensuing power play. Defenseman Adam Fox added a goal just 2:11 later for the 2-0 lead.

"To me, the start is what did it to us," Brind'Amour said. "We did it to ourselves in the first. We got kind of playing again, but by then it was too late. You get down two, it's tough to come back."

New York goaltender Igor Shesterkin made 30 saves and ended up stopping 72 of 74 shots he faced in Games 3 and 4.

"I'm confident that eventually they're going to find the back of the net. Maybe as a forward group, we can do a little better to be in his eyes and get to loose pucks out there," Aho said. "Dirty goals. You get one of those, you get confidence and all of a sudden you get all kinds of goals."


They couldn't find more than one goal in Game 4, as Teuvo Teravainen scored 6:33 into the third period for their lone goal. The Carolina power play continued its futility, now having failed to convert on 21 of 22 chances on the road.

Before the game, Carolina defenseman Ian Cole downplayed the notion that the team's road woes were weighing on them.

"I don't think it's on our mind that we haven't won in the postseason on the road. I think it's more the fact that we squandered some opportunities in the Boston series. Last game, we were in a pretty decent spot and squandered that opportunity as well," he said. "I think everyone is aware that we need to put a stranglehold on this series. There's a sense of urgency and a sense of desperation that we don't want to put ourselves in the same situation as with Boston."

Yet there they are, having squandered a 2-0 series lead and now looking at a best-of-three series.

Luckily for the Hurricanes, and perhaps unfortunately for the Rangers, two of those games are in Raleigh. 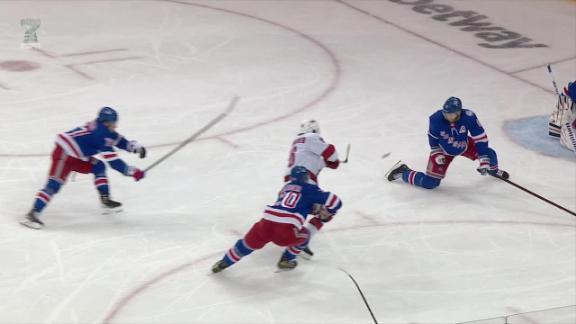